Home Travel Japan eases some restrictions in Tokyo and Osaka

On June 1, Japan allowed the reopening of shopping malls, cinemas and amusement parks in the capital Tokyo and Osaka Prefecture in the context of some business activities being eased. 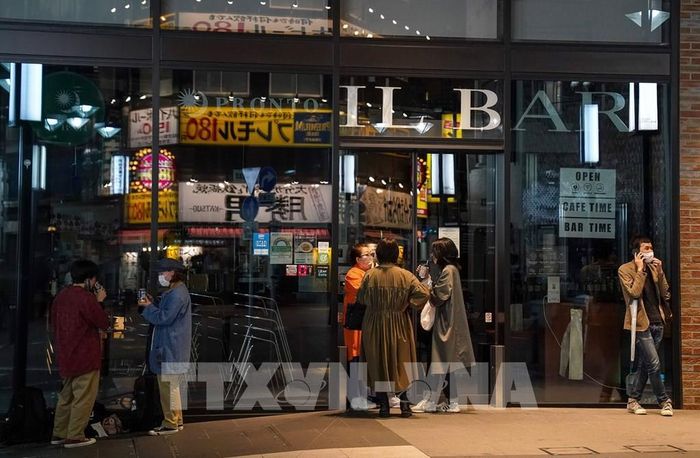 People in Tokyo, Japan, May 7, 2021. Photo: THX/VNA Faced with the fact that many businesses operating in the above fields have complained about the serious effects of having to close partially or completely when the current state of emergency was imposed at the end of April, last week, The government of Prime Minister Suga Yoshihide has issued new guidelines aimed at balancing controlling the spread of the SARS-CoV-2 virus and reviving the already ravaged economy. Accordingly, commercial centers are allowed to fully operate on weekdays, but the opening hours are shorter and still have to maintain restrictive measures on weekends, only opening restaurants or shops. areas selling daily necessities. In Tokyo and Osaka, all shopping centers of Isetan Mitsukoshi Company and H2O Retail Group fully reopened on June 1. The Universal Studios Japan theme park in Osaka has also reopened for the first time since it was closed on April 25. 2 hours before the park opened, a long line of people waited in front of the gate. As planned, the park is only open on weekdays and continues to be closed on weekends. Park officials estimate the number of visitors to the park can be up to 5,000 each day and have installed partitions between dining tables at the park’s restaurant. In addition, park staff will also suggest that visitors leave the park at different times to avoid crowding. On the same day, Japan also decided to cancel a football friendly match against Jamaica after 10 players of the Jamaican team could not board the plane due to problems related to testing for the SARS-CoV-2 virus. According to the Japan Football Association (JFA), only half of the players in the Jamaican football team were allowed to board the plane, while 10 players were unable to board the plane due to problems with testing measures for the SARS virus. -CoV-2. The JFA did not give details, but according to Jamaica’s Gleaner newspaper, the country’s players currently playing in England did not have PCR test results – which is one of the requirements for entry to Japan. Copy./.

Had to move to another place because home became a hot...