With prices from 25,000-40,000 VND/kg, fresh lychees from the Northern provinces pour into Ho Chi Minh City to attract buyers. 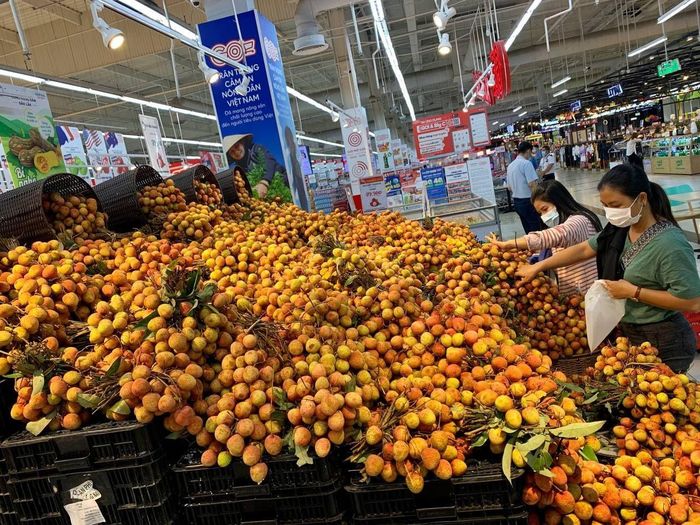 Fresh lychees flood supermarkets, markets attract customers to buy At noon on June 17, at many traditional markets such as Ba Chieu, Hoa Binh, Tan Dinh, Ho Trong Quy… fresh lychees were overwhelming compared to many other fruits sold at the market, present on vehicles. push, sidewalk stalls to market stalls. The retail price at the market ranges from 25,000-40,000 VND/kg for new goods, and for old goods, the price is only from 20,000 VND/kg. Mr. Binh (selling fruit at An Duong Vuong market, Binh Tan district, Ho Chi Minh City) said: “This is lychee from Bac Giang, sweet, thick pulp and not acrid. Nearly half a month now, every day I sell hundreds of kilograms to customers. The lychee takes a long time to dry, but the quality remains the same, the more delicious it is to eat.” 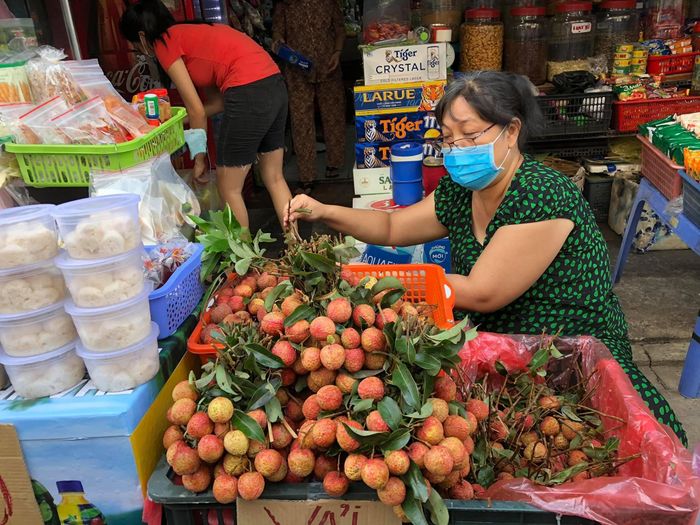 Fresh lychee with intact branches sold in many traditional markets 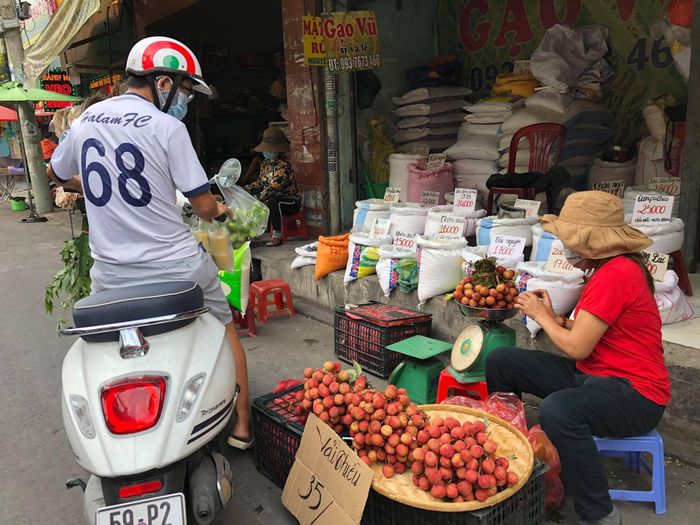 Lychee 35,000 VND/kg sold in the market, attracting customers to buy Along many roads such as Dien Bien Phu (District 3, Binh Thanh District), Vo Thi Sau (District 3), Cach Mang Thang Tam (Tan Binh District), Vo Van Kiet (Binh Tan District) … many trolleys carry full of fresh lychees, introducing Thanh Ha litchi (Hai Duong) for sale at only VND 15,000/kg, attracting many buyers because of its low price. However, according to many people who bought it, litchi fruit is thin, acrid, not as sweet as advertised. At a clean fruit shop on Nguyen Thi Minh Khai Street (District 1), lychees are offered for sale with prices ranging from 65,000-75,000 VND/kg. “This is “airplane” fabric, ie shipped by air. Fresh lychees from Bac Giang province are harvested in the same day, then transported by plane to Saigon right away, so the fruit is not only fresh and delicious, but also has a strong taste like being enjoyed in the garden. Although the price is high, most of them are booked by customers in advance,” said the store staff. 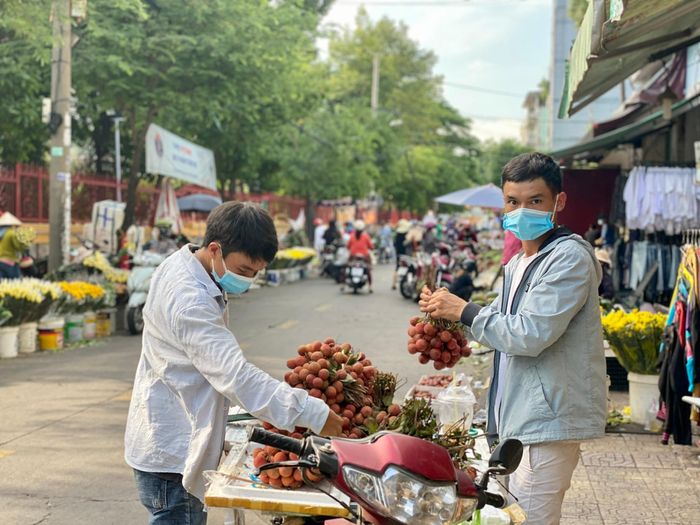 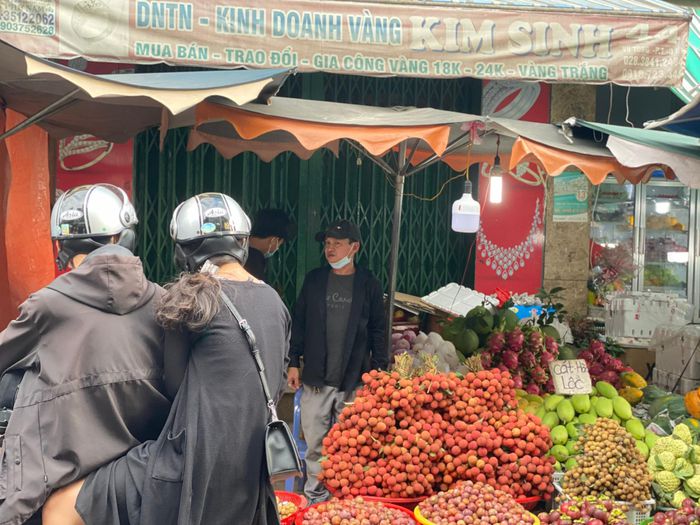 Lychee is in nine seasons, so it’s busy pouring into Saigon market Meanwhile, supermarkets in Ho Chi Minh City also sell this item at very affordable prices. As at Saigon Co.op system, lychee prices fluctuate around 21,900-40,500 VND/kg depending on the region; In Aeon, litchi costs 25,000 VND/kg. Hypermarket Go! Big C offers consumers only 25,900 VND/kg… Ms. Nguyen Thi Bich Van, Communications Director of Central Retail Group in Vietnam said: “Litchi are purchased directly from farmers with the highest quality according to the market at the time of purchase, thereby contributing to the orientation of the market. prices for the season. The harvesting and transportation procedures ensure safety against epidemics according to the instructions of the ministries of health and transport. 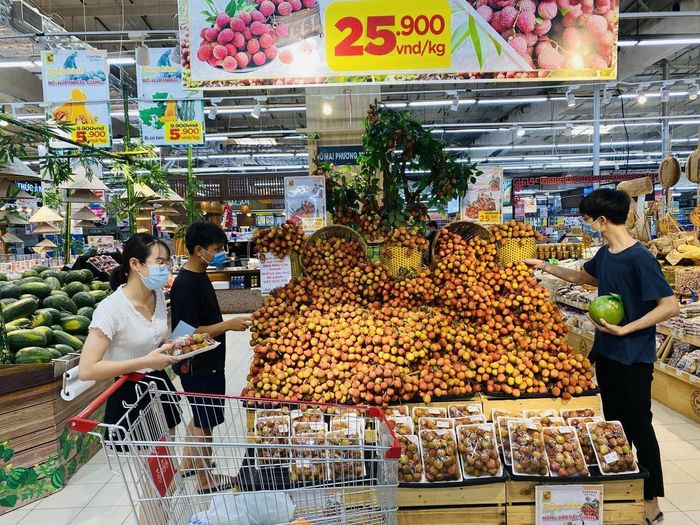 In the supermarket, lychee fruit has a very soft price for customers to choose to buy 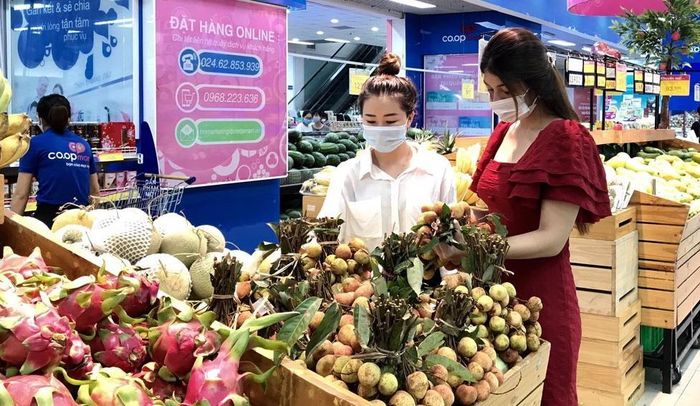 In addition to coming directly, customers can buy lychee fruit at the supermarket through the online system According to a representative of the Thu Duc agricultural wholesale market, early ripening lychees in the northern provinces returned to the market from May 22 and have consumed 7,000 tons. “The main season lychee has just arrived at the market for more than a week. The average amount of lychee is 700 tons/day, the price ranges from 23,000-32,000 VND/kg. Particularly, lychee by air costs 40,000-45,000 VND/kg, but not much,” said a representative of Thu Duc farmers market. Information from the Ministry of Industry and Trade said that the lychee area in Hai Duong and Bac Giang has a total area of ​​37,100 hectares with a total expected output of 235,000 tons this year.

For the first time in Hanoi, it is impossible not to...

LAYLA NGUYEN - June 16, 2021 0
If you are part of the first-time-to-Hanoi team, visit the Old Quarter to fill your hungry stomach with billions of the world's best snacks! ...