Apple just confirmed that MacOS Monterey will support Adaptive Sync on external displays, which was not announced at WWDC 2021 recently. 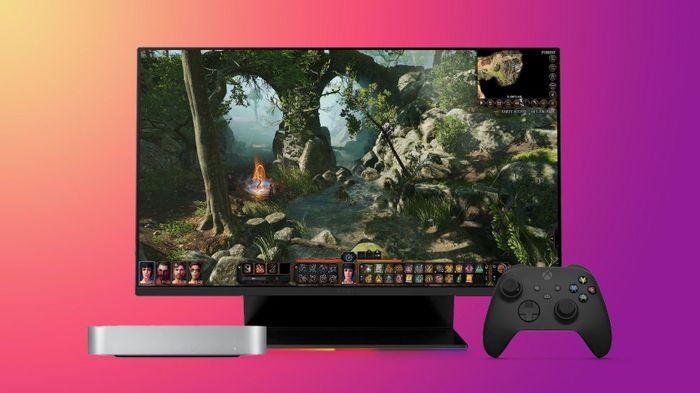 MacOS Monterey is the latest version of MacOS and will be available on MacBook, iMac, and Mac Mini soon. Recently, Apple has just confirmed that MacOS Monterey will support Adaptive Sync on external displays. This feature allows a lot of new Macs to support variable screen refresh rates, somewhat satisfying gamers. Macs that will receive Adaptive Sync support include versions running the M1 chip, as well as some new Intel-powered Macs to be announced later. Of course, the monitor must also support Adaptive Sync, a feature of the VESA DisplayPort 1.2a standard as the technology is also used by both Nvidia’s G-Sync and AMD’s FreeSync. The displays on the iMac and MacBook are fixed-ratio displays, so neither of them support this feature. 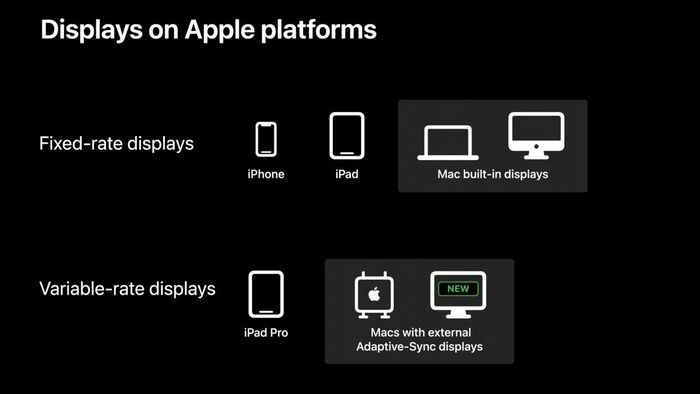 Apple claims that enabling the feature will be very easy to do. After connecting a compatible Adaptive Sync display to a Mac, all the user has to do is select the refresh rate in System Preferences > Displays. Adaptive Sync is a technology that eliminates screen tearing, stuttering, and input lag. It synchronizes the screen refresh rate with the frames per second (fps) provided by the graphics card. The result is a smoother gaming experience as the display adapts to what’s happening in the game. Although, Mac computers are often not the first choice when it comes to gaming computers, they are often preferred by content creators. But who knows, the addition of Adaptive Sync suggests that Apple may be looking to expand its reach to a whole new set of customers. The arrival of Adaptive Sync support could suggest that Apple plans to bring higher refresh rate displays to Macs in the future. MacOS Monterey is currently in beta and is open to developers only. Apple plans to open public beta testing in July, allowing some users to start using Adaptive Sync soon. If everything goes according to schedule, MacOS Monterey will be released on all compatible devices in the fall.

editor - April 16, 2021 0
April is my favorite month. There is no severe cold in January, warm and cold in February and March, no scorching sun in May...