When the sales of developers such as China Merchants Shekou, China Shipping, Poly, and China Resources, which are also central enterprises, have reached hundreds of billions in sales, CCCC Real Estate’s 100 billion progress bar has just passed halfway.

In 2020, under the leadership of then President Li Yongqian, CCCC Real Estate achieved contracted sales of 53.3 billion yuan, fulfilling its sales target for that year. Due to the desire for scale, CCCC Real Estate will be quite aggressive in 2020. The company added 30 new land in the whole year, twice the amount in 2019, and its floor space has increased by 176.90% year-on-year to 6,355,900 square meters.

After a brief victory, the plight of CCCC Real Estate became more and more obvious. Even if the scale exceeds 50 billion yuan, the company’s profitability continues to fall, and the debt indicator has stepped on two red lines in a row. How to balance the scale and debt has become a difficult problem for CCCC Real Estate. 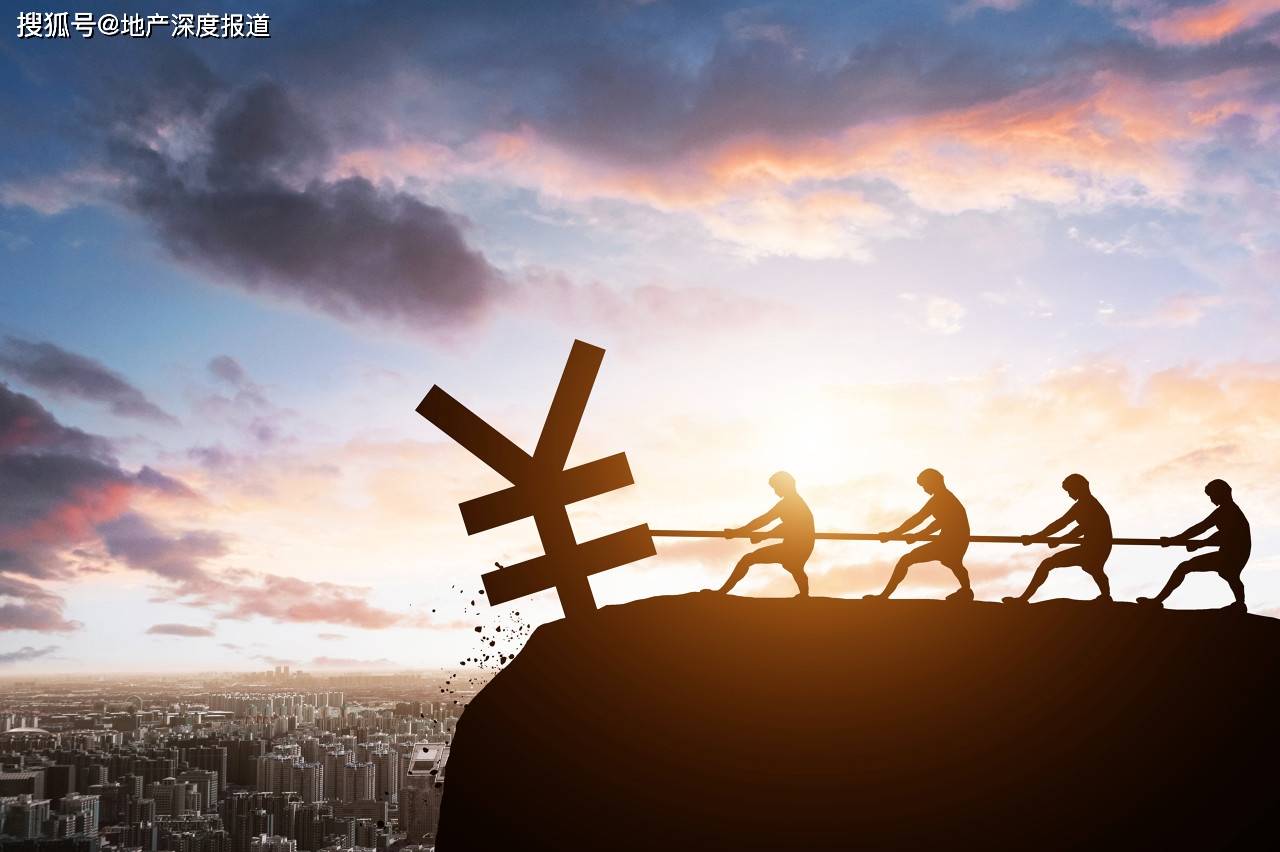 After the transfer of assets to return funds, borrowing from the parent company’s real estate group, and the transfer of surplus funds from affiliated companies, CCCC Real Estate has launched a new round of financing measures.

On June 14, CCCC Real Estate disclosed that the company plans to carry out non-standard supply chain financial asset securitization business with Ping An Wealth Management and Centennial Asset Management, with a total financing of no more than 3 billion yuan, mainly for payment of the project company’s accounts payable .

This is not the first time that CCCC Real Estate has adopted this method to extend the payment time of accounts payable.

On January 14, CCCC Real Estate announced that in order to speed up capital turnover and increase capital utilization, the company and its subsidiaries intend to cooperate with the Bank of East Asia in refactoring business. The latter will provide CCCC Real Estate with a total of 400 million yuan. The re-factoring limit, the subject of the transaction is the accounts payable of the subsidiary of CCCC Real Estate, that is, the accounts receivable of the corresponding supplier.

Guan Rongxue, an analyst at the Zhuge Housing Data Research Center, told reporters that the cooperation between real estate companies and insurance companies to carry out non-standard supply chain financial asset securitization business is one of the ways that companies often use to ease short-term cash flow pressure. But the same operation three times in a row in six months can’t help but make people question, is the short-term cash flow of CCCC Real Estate already so tight?

From this point of view, it is understandable that CCCC Real Estate has extended the payment time of accounts payable many times.

But it is obviously not enough to relieve financial pressure in this way.

After several rounds of financing, it is not clear how much breathing space China Communications Land has to compete for. However, from the current situation, reducing debt is quite important for the company.

According to data from the Shell Research Institute, in 2020, CCCC Real Estate’s debt-to-asset ratio after excluding advance receipts is 83.4%, exceeding the 70% red line; the net debt ratio is 296.4%, an increase of approximately 146.2 percentage points year-on-year; the cash short-term debt ratio is 1.43 , Step on two lines.

According to the “three red lines” financing rules, real estate companies that stepped on the two “red lines” will be classified as “orange files”, and the annual growth rate of the scale of corporate interest-bearing liabilities shall not exceed 5%. Therefore, if the debt level is not optimized, the already weak CCCC Real Estate will be restricted in financing, and it will be more difficult for the company to move closer in scale.

Guan Rongxue told reporters that the current dilemma of CCCC Real Estate is that, on the one hand, the company is inefficient in the process of resource integration, and on the other hand, it is because the company pursues large-scale acquisition of mergers and acquisitions projects and large-scale expansion of land reserves.

In addition, due to the increase in short-term loans payable to shareholders, other payables of CCCC Real Estate also increased by 217.93% from 2020 to 6.93 billion yuan. With the continuous support of the parent company, the amount of this part of the funds may remain high in the short term.

What is in the apartment of 85 billion VND, the interior designer Thai Cong...

Apple is bursting with confidence