Home Beauty Fashion Out of stock, Chinese farmers show fashion made from vegetables

No need for a Paris runway, Chinese farmers create their own catwalk to sell vegetables. 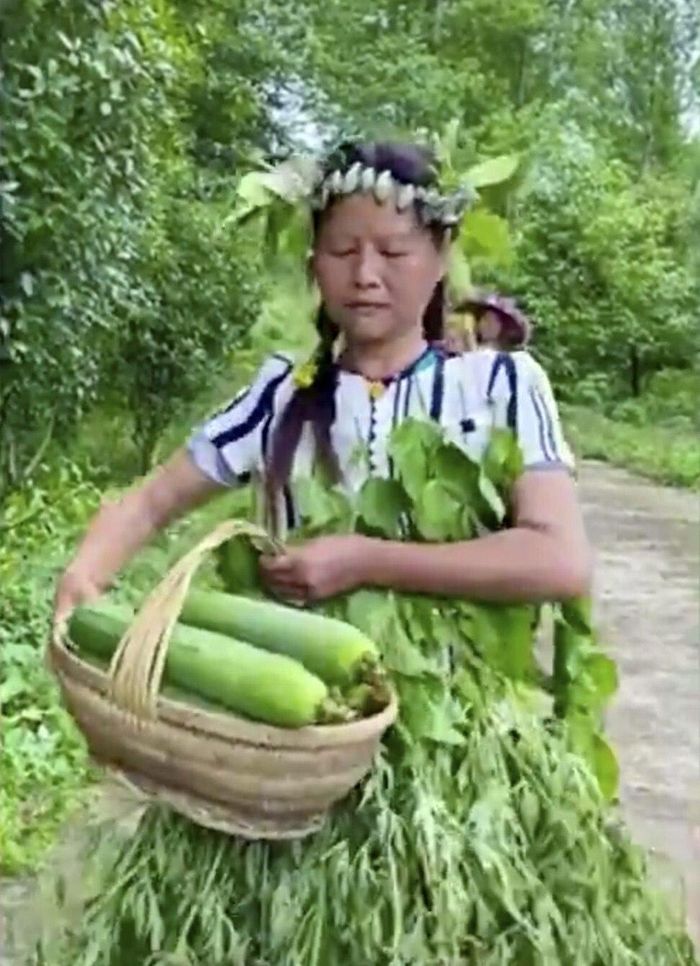 A scene from the farmer group’s video. (Photo cut from clip) A “fashion show” with “models” who are Chinese farmers wearing clothes made from vegetables and agricultural products is becoming an exciting story for Chinese netizens. In the footage shot in Chenxi County, Hunan Province, four women wearing costumes and accessories made from agricultural products perform a catwalk on a dirt road, with music and rural settings. The video begins with a woman holding a large horn loudspeaker and proclaiming: “Let’s welcome our village flowers on a dazzling stage.” After that, the group of women walked confidently towards the camera, wearing skirts made of vegetables, accessories such as guavas, loofahs and eggplants. They seem to have learned some catwalk tricks, like making cool facial expressions, not looking directly at the camera, and slightly nodding their heads when approaching the camera. The 1-minute show is the way these women came up with a way to attract buyers of agricultural products. Group of women performing homemade costumes. (Photo cut from clip) The video was filmed by a woman surnamed Xu and posted on the account Douyin, an application similar to TikTok. “The first person is my mother-in-law. I go third. We are all one family,” Xu said in the introduction to the video. “We make skirts out of vegetables and hats using what we find in the surrounding garden,” says Xu. The woman said she hopes the video “can make her life better”. “Our organic vegetables are not being sold very well. So I thought to use my Douyin account to promote agricultural products,” Xu said. On Douyin, many people praised this group of women as cute and commented that the world famous fashion events sometimes have to compete with them. Xu is one of thousands of Chinese farmers who already know how to use social media. Over the years, rural life-themed clips have become popular on online platforms. Li Ziqi became one of the most popular stars on Chinese social media thanks to his videos about the rural lifestyle.

Minh Khuê-CTV - April 16, 2021 0
Princess Diana has a natural elegance and elegance, so she can wear a T-shirt and shorts and still be as stylish as a magazine...