Home Beauty Fashion ‘Soi’ the top beauty, each one of the beautiful sisters of the...

‘Soi’ the top beauty, each one of the beautiful sisters of the tycoon in the blockbuster ‘Mine’
“Mine” (Owned), the blockbuster drama currently airing on Netflix, not only exposes the world of luxury, glamour, and temptation, but also tells the story of the secrets hidden behind every woman. female in the Hyowon clan. 3 women, 3 personalities and 3 stories. In addition to the unique fashion style, from the makeup to the hairstyle created by the filmmakers, the different egos of each character are highlighted.

Elder Jung Seo Hyun: High in character Originally from the upper class, the eldest Jung Seo Hyun (played by Kim Seo Hyung) exudes a noble aura from her personality. Along with high-class fashion sense, minimal and restrained makeup style is applied to portray the image of a smart, powerful but lonely woman in her own home. Jung Seo Hyun often uses lipsticks with warm brown/nude tones and powerful red tones. Besides, the elaborately combed bob hair is also a highlight that creates a strong, thorny character for this character. 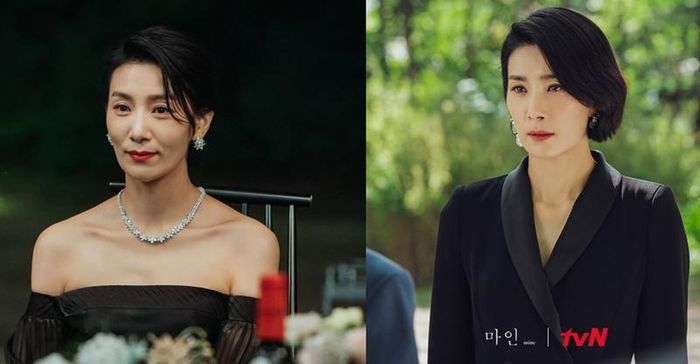 After a series of outstanding roles such as “Little Tam” robbing her best friend’s husband in “The Seduction of the Wife” or the harsh tutor in “Castle in the Sky”, Kim Seo Hyung continued to leave an unforgettable mark in her heart. audience with the movie “Mine”. With her melancholy acting ability, desirable figure and youthful beauty, Kim Seo Hyung is one of the key factors that create the charm of this cult drama. 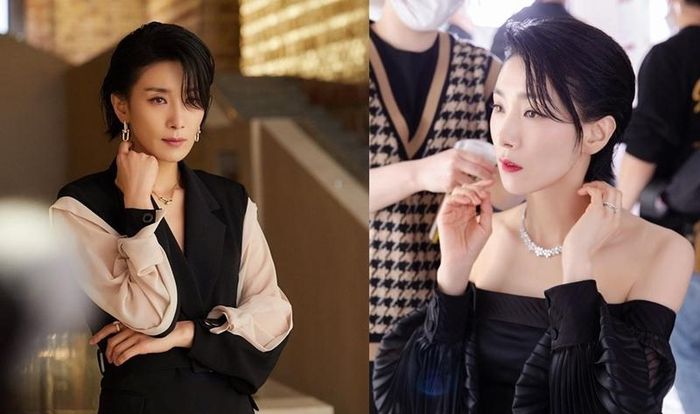 Seo Hi Soo maknae: Sparkling more than a diamond in the upper class Contrary to the strong style of the eldest, Jung Seo Hyun, the second daughter-in-law of the tycoon family possesses a gentler and more loving beauty. Stepping into the most luxurious luxury, Seo Hi Soo (played by Lee Bo Young) has never lost her confident charisma and independent personality. Dressed in a series of stylish dresses with bright colors and eye-catching textures, the maknae occupies the spotlight in every frame through her noble aura and beauty that makes anyone fall in love. To create a luxurious look for this character, makeup artist Choi Soo-il revealed the secret lies in her clear skin and lovely lips. 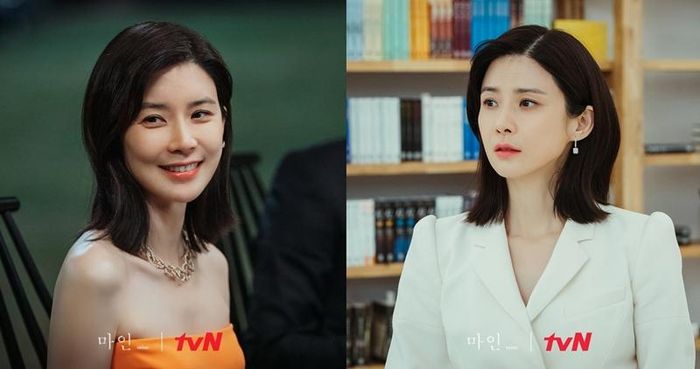 Because actress Lee Bo Young’s skin is inherently beautiful and has very few defects, just a thin layer of foundation with a semi-matte effect is enough to make the skin radiant. On the other hand, the actress’ thin lips are covered with various lipstick colors to “fit in” with each luxurious outfit. Each different outfit will be coordinated with a different lipstick color, sometimes bright coral orange, when it’s red and pink, and when it’s nude pink. To make the eyes look really attractive, the makeup artist used an eyelash clip that is slightly smaller than the length of the eye to be able to curl the middle of both the upper and lower lashes, then apply mascara carefully. the more.

Maison Francis Kurkdjian Baccarat Rouge 540 is the perfume used by the maknae in the movie. Kang Ja Kyeong: “Little Tam” is a luxury version of a tycoon Kang Ja Kyeong (played by Ok Ja Yeon) stands out in every moment not only by his mysterious actions, unpredictable intrigues but also by his formidable beauty. The tycoon version of “Tieu Tam” often appears with a somewhat sophisticated fashion style, with striking colors such as red, purple, purple, and yellow to portray unending vandalism and ambition. Combined with this style, the tutor chooses lipstick colors with gentle tones, while the eyes are pressed with extremely sharp eyeliner, or in other words – evil, making every time Kang Ja Kyeong glares. Up is the viewer is angry about the brazenness of “tieu tam”. This character’s hair compared to the rest of the Hyowon family members is also more sophisticated with long curly waves. 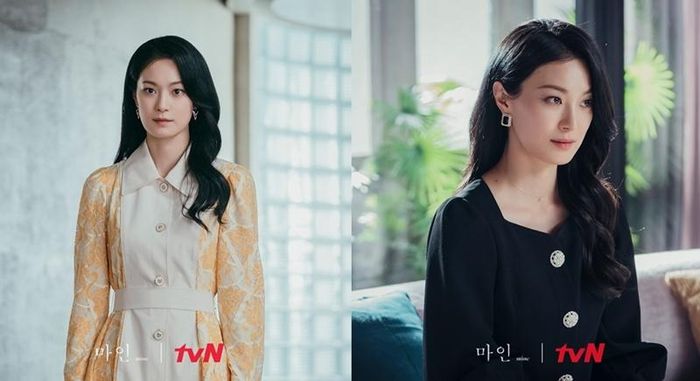 Not a familiar face to the audience like Lee Bo Young or Kim Seo Hyung, Ok Ja Yeon has only been remembered by the public since the movie “The art of hunting demons and cooking noodles”. In addition to her impressive acting ability and diverse expressions, she became the perfect choice for the role of a calculating tutor in “Mine” thanks to her strange thorny beauty. Unlike the feminine beauty of Korean standards like Lee Bo Young, Ok Ja Yeon has a rather angular face with sharp lines.

editor - May 7, 2021 0
Appeared at the press conference to launch the enrollment of Miss Universe Vietnam 2021, Miss H'Hen Niê wore a separate dress with two outstanding...