Home Beauty Fashion The First Lady of the United States plays on the beach with... 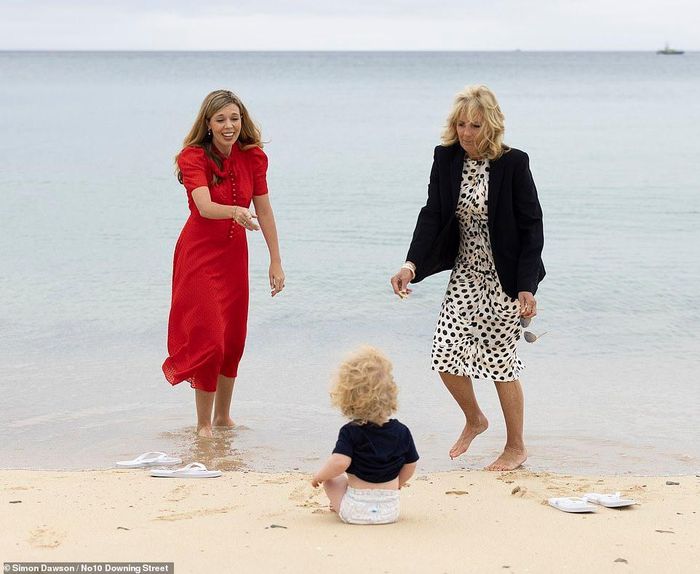 US President Joe Biden and his wife Jill on Thursday, June 10, met British Prime Minister Boris Johnson and his wife Carrie in front of a hotel overlooking the Carbis Bay. While the two leaders were happily chatting, two ladies Jill and Carrie took off their shoes and went to the sea to play with baby Wilfred – the one-year-old son of the British Prime Minister. Ms. Jill is a teacher and “expert” in childcare, as she and Mr Biden have seven grandchildren between the ages of one and 27. Therefore, she played very comfortably with Carrie and baby Wilfred. 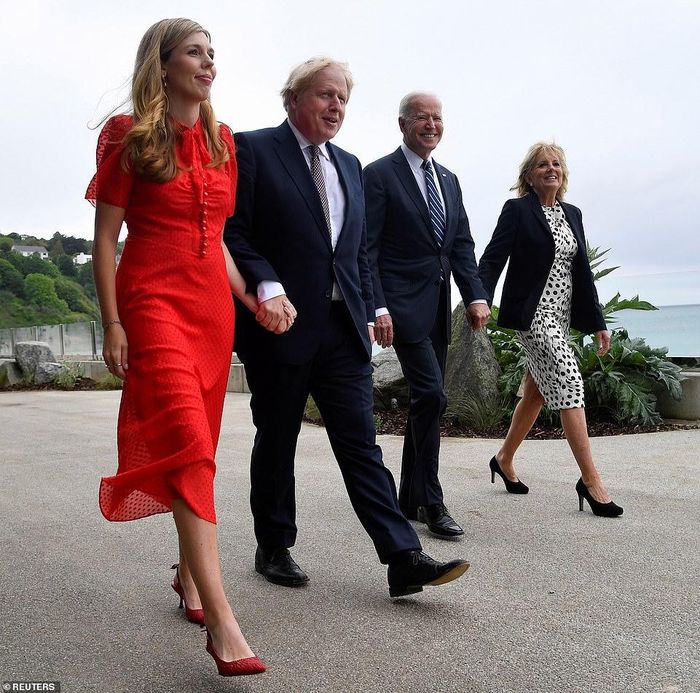 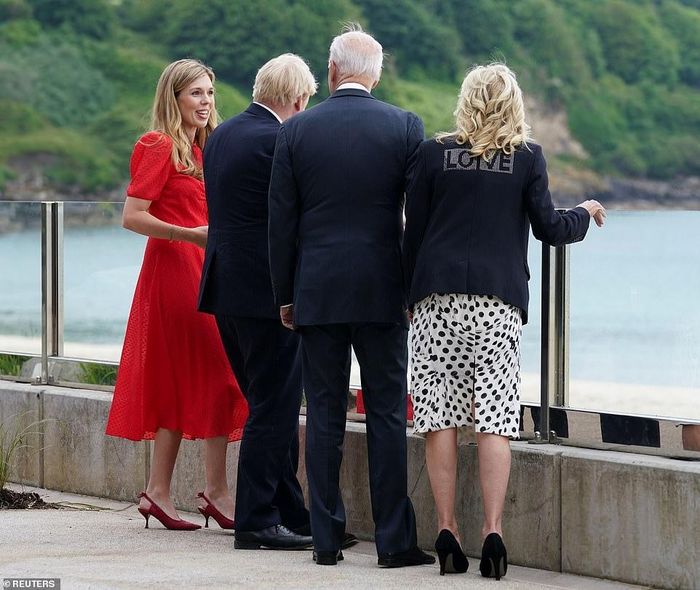 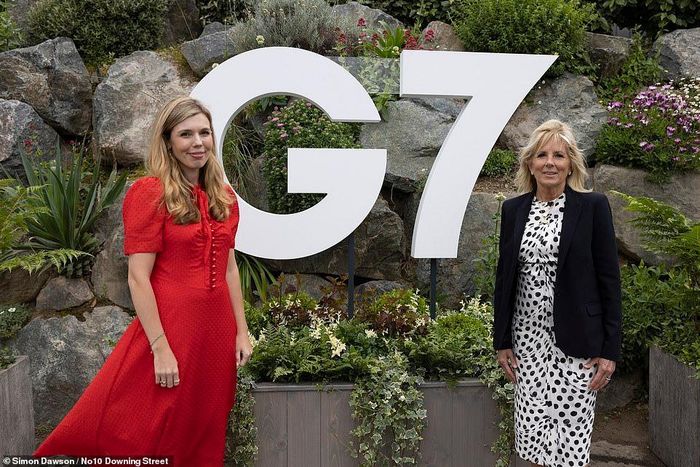 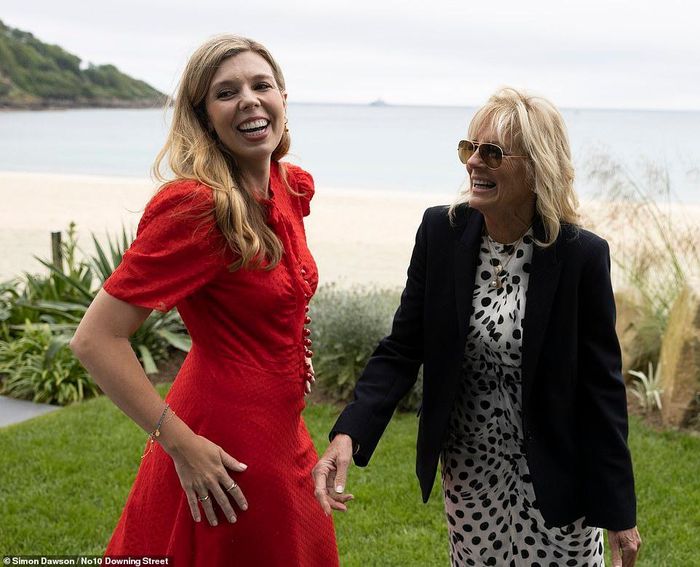 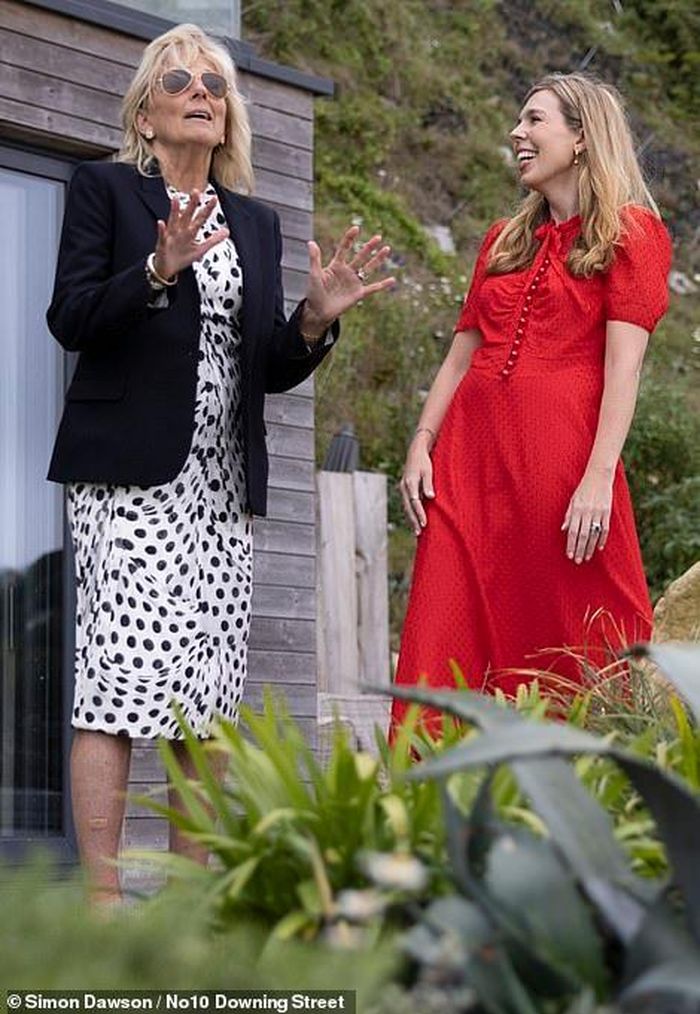 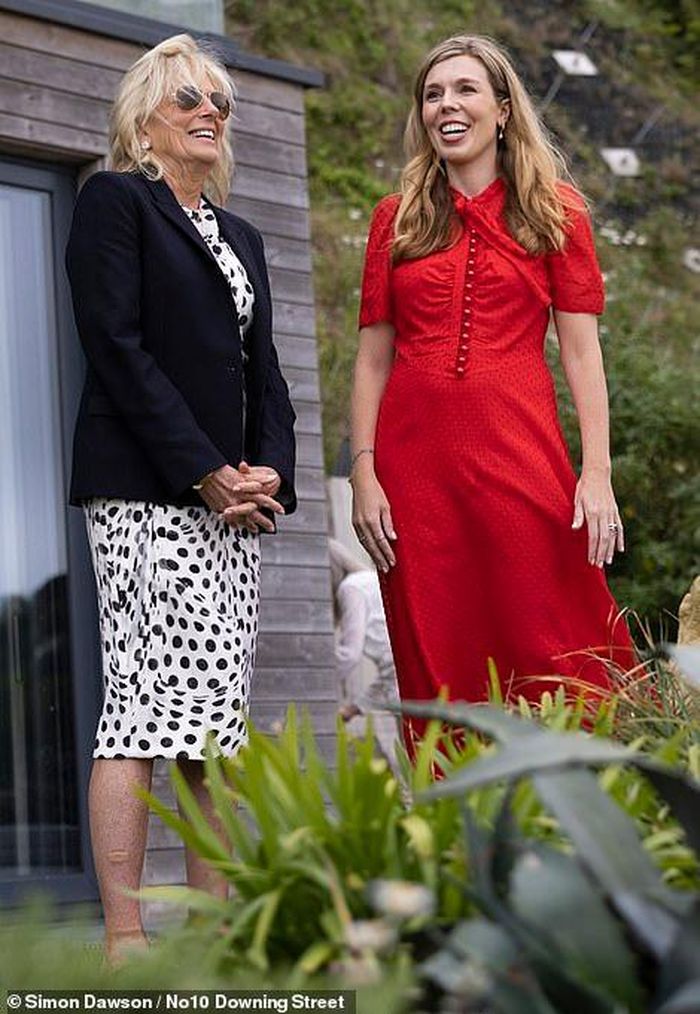 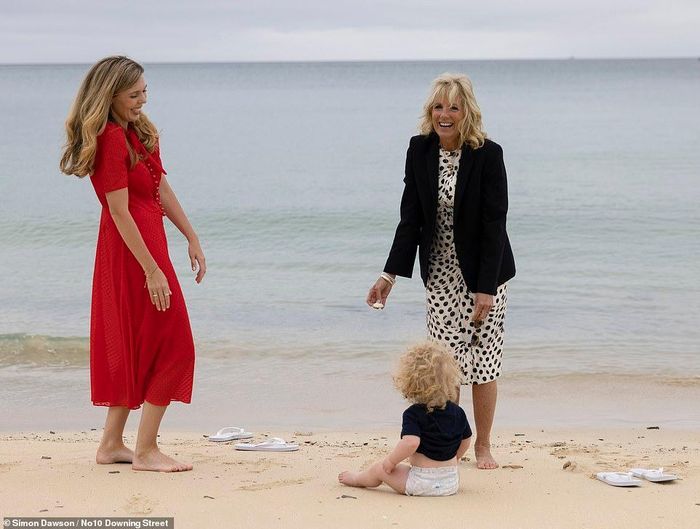 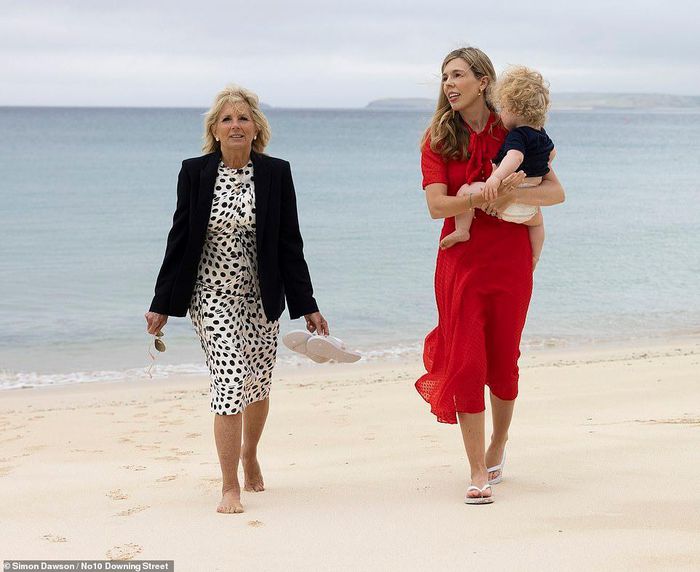 Photo: British Prime Minister’s Office Mrs. Jill’s outfit also attracted special attention, as she wore a flowing white Brandon Maxwell machine and a shirt with the word “Love” pinned on the back. “We brought here love from America,” said Ms. Jill. “This is an international conference, and we are trying to instill a spirit of solidarity across the globe.” 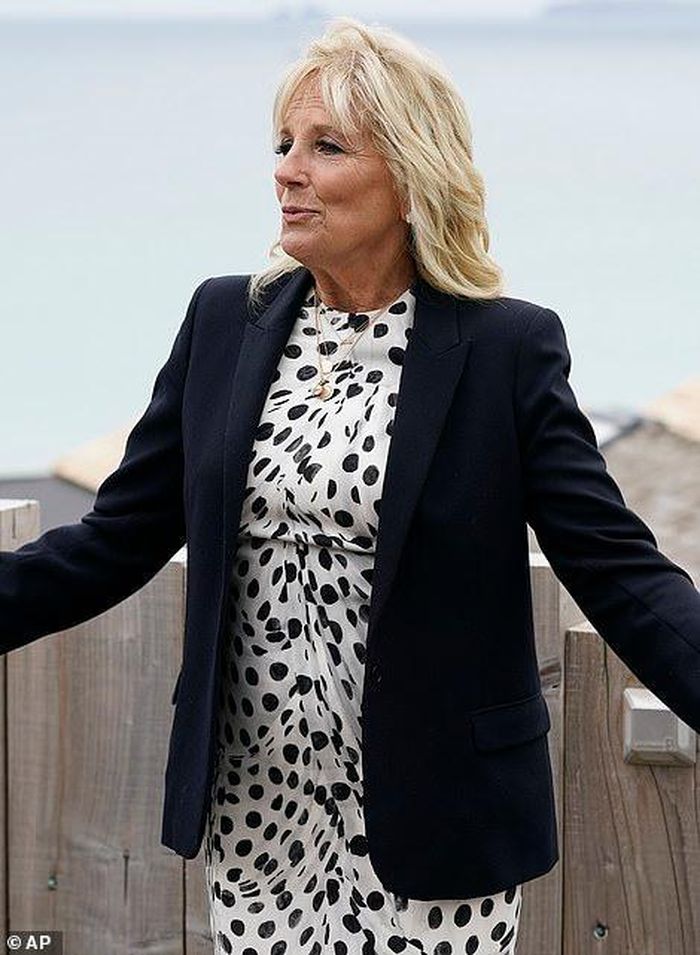 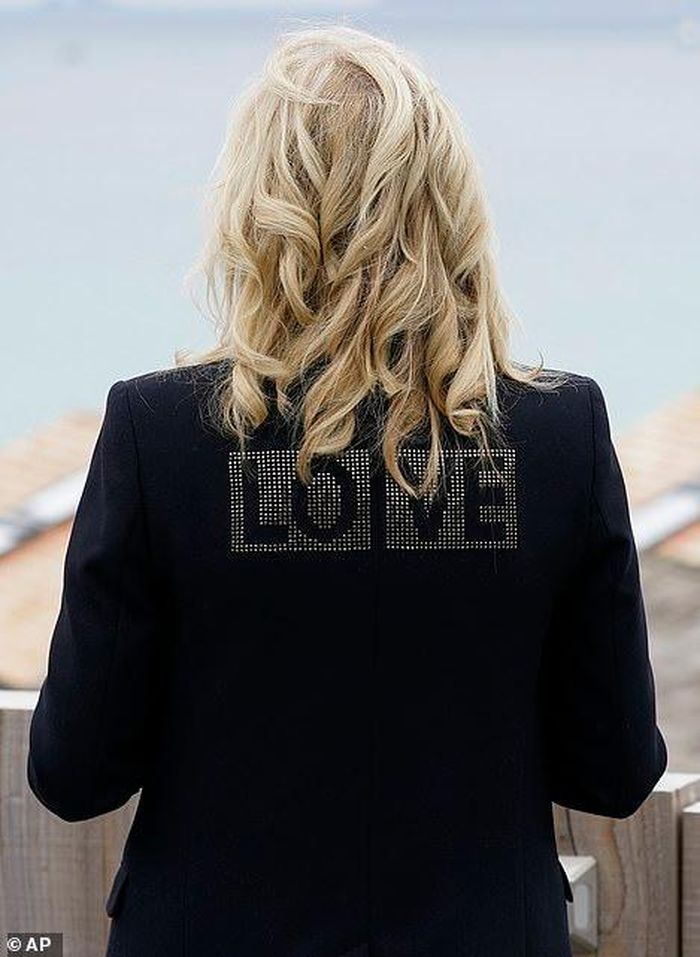 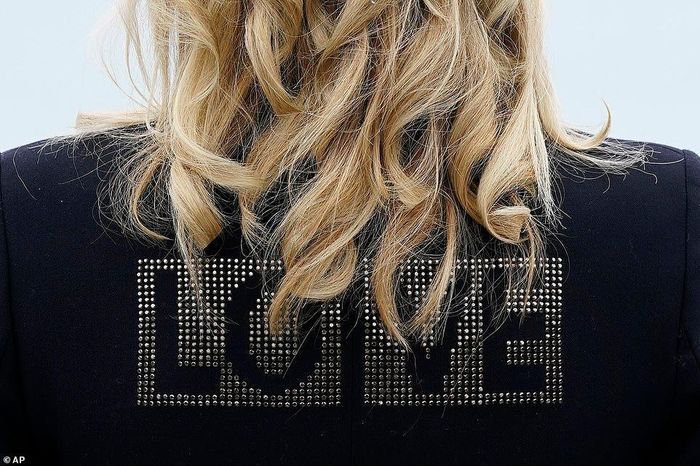 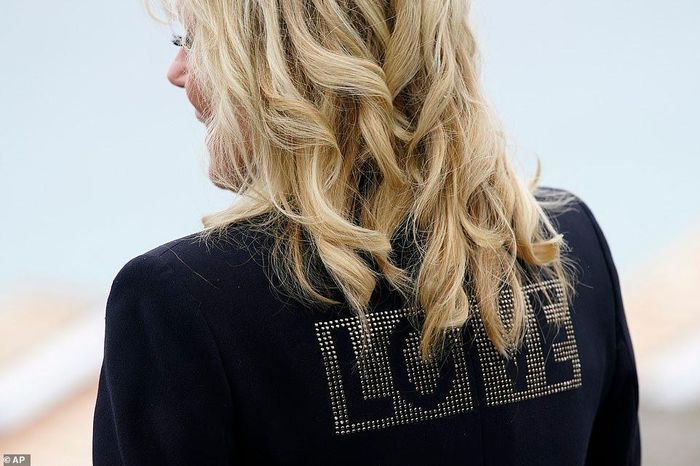 Photo: AP This shirt of Mrs. Jill shows the opposite message to the jacket that was controversially worn by former First Lady Melania Trump in June 2018. On the back of Mrs. Melania’s shirt is printed with the words: “I really don’t care, how about you?” Melania wore this shirt while visiting immigrant children in McAllen (Texas). 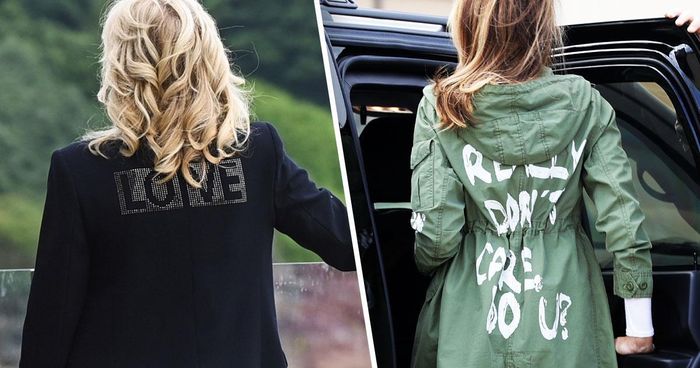 Two jackets carry opposing messages. In a later interview, first lady Melania insisted that her message had been misinterpreted, because the audience she wanted to target was the “hawkish” media.

Lam Vy Da is luxurious with the ao dai of designer...