Home Science The journey of the century in search of life on Mars –... 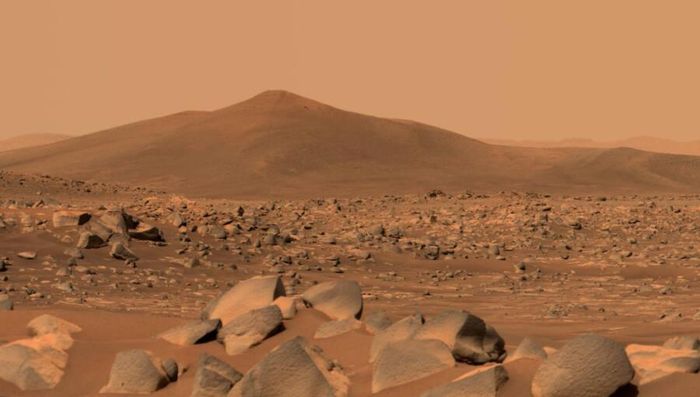 A photo of Mars in April 2021. Photo: NASA The word “telepathy” with Martians… Then, a John Hopkins University professor named Robert Wood suggested covering the white alkaline earth plains of Nevada (USA) with giant black spots made of square kilometers of black cloth. “It might be easier to ‘blink’ the signals with dark spots like a mirror of the same size,” explains Mr. Wood. But like Professor Pickering’s plan, Mr Wood’s solution soon fell through due to a lack of funding. Another professor, David Todd of Amherst University, thinks that by raising a balloon 15,000 meters, he can get any message from Mars. “If life really did exist on Mars, they would have tried for years to talk to us, and perhaps wonder how stupid our behavior was for not responding to them,” said Todd. spoke in May 1909, months before the proposed flight was in September.

The Tacoma Times reported on Professor David Todd’s plan for a hot air balloon to capture Mars signals on June 14, 1909. Photo: Library of Congress But Professor Todd’s balloon test flight only reached an altitude of 1,500 meters. Soon after, the support that David Todd received from the US War Department abruptly ended, leaving the scientist with no means to continue with his plan. The use of sound waves, mirrors, hot air balloons, and even giant black spots to “make contact” with any possible life on Mars has at least the backing of science. But on October 27, 1926, a London lawyer named Hugh Mansfield Robinson claimed it was “absurd” that he had tried to send a telegram straight to Mars, which is 56 million miles away from us. km, where “Mars girlfriend” is waiting for him! Dr. Robinson is confident that his message will reach the recipient. Mars was then closest to Earth in its two-year orbit. In addition, Robinson said he had a “telepathic” conversation with a six-meter-tall Martian woman named Oomaruru. According to Dr. Robinson, Oomaruru and her Martians live like Earthlings, driving cars and smoking pipes! However, he asserts, they fly through the sky in electric balloons and eat fruit from electric trees. For months before transmitting the message, Robinson worked with the Central London Telegraph Office to send a physical message to his “Mars girlfriend”. Incredibly, the Telegraph Office agreed to send a telegram from Rugby Tower, the most powerful wireless station in the world at the time, at a standard long-distance rate: 18 British cents per word, or about zero. 35 USD. Although the telegraph staff heard no response, Robinson claimed to have heard telepathically from Oomaruru. She told him that the Martians had “sitted for hours to receive the signal”. “They laugh at our scientists because they themselves are completely out of the trouble in the atmosphere, but we are not,” Robinson said. 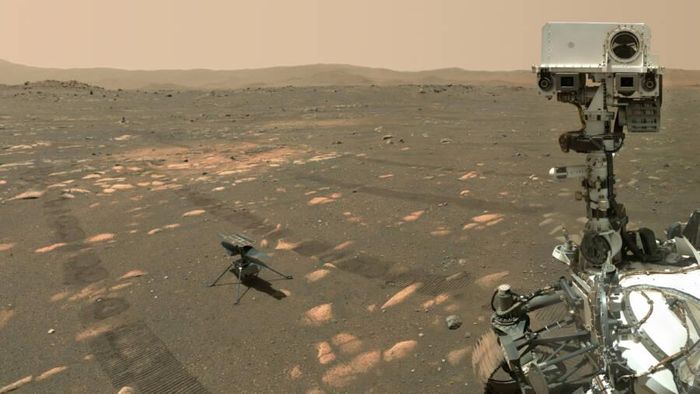 A “selfie” taken by NASA’s Perseverance probe in April 2021. Photo: NASA … to land on the “Red Planet” The ideas of the scientists who came before them seemed far-fetched, but their curiosity and relentless pursuit inspired generations to come. By 1976, the US Space Agency (NASA) had brought the search for life on Mars to the actual surface of the planet via two Viking landers. One of the metabolic reactions conducted by the lander also revealed positive results, suggesting that there may be life on the “Red Planet”. However, those results remain controversial to this day. Subsequent explorations of the landers have provided evidence that Mars may have once been very friendly to life. For example, the Curiosity rover, which landed in 2012, discovered a mountain in the middle of Gale crater on the Red Planet called Mount Sharp. This 4,800-meter-high mountain is formed from layered sedimentary rock, composed of different minerals, and has been formed over time by wind and water, two elements that require an atmosphere to exist. . 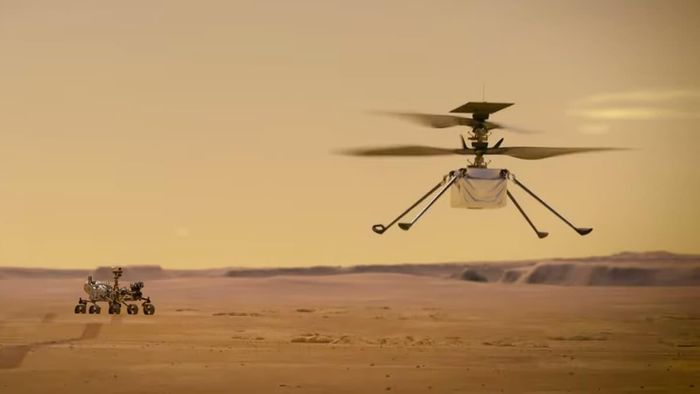 helicopter (The Ingenuity Helicopter, from the Perseverance probe, has made many flights to Mars). Scientists believe that if there ever was an atmosphere around Mars, then perhaps microorganisms existed billions of years ago while the layers of material were forming, and the “Red Planet” has could have harbored life for about 1 million years. NASA’s Perseverance rover was launched on July 30, 2020 and landed on Mars on February 18, 2021. Most recently, on May 15, 2021, the Tianwen-1 probe and China’s first self-propelled Mars rover, Zhu Rong, successfully landed on the surface of the “Red Planet”. The mission of Thien Van-1 is to land a lander carrying autonomous robots to the surface of Mars to collect data on groundwater sources, looking for signs of ancient life on this planet. Any discoveries by landers from Earth could be microbial, but they will be no less remarkable than the “canal engineers” we had hoped to find on Earth. Mars from the 19th century. Watch part 1 : CHANNEL OF THE ALTERNATIVES

Use nuclear weapons against asteroids plunge into Earth

CTV Lê Ngọc/VOV.VN (theo popularmechanics.com) - April 26, 2021 0
How to save Earth when an asteroid plunges into it? Is detonating nuclear weapons the only way to deflect an asteroid? The plot of...