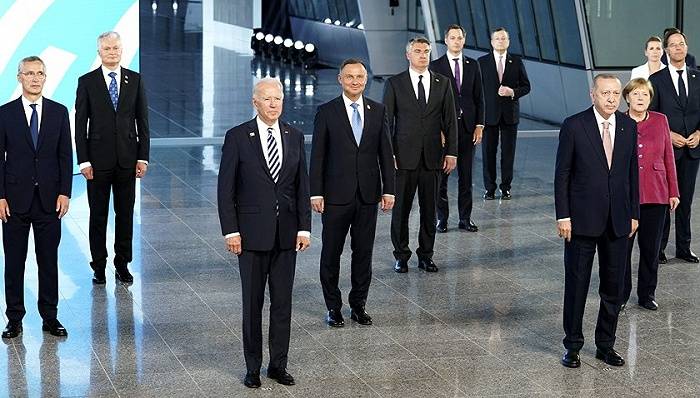 On June 14, 2021, the NATO Leaders Summit will be held in Brussels, the capital of Belgium.Image source: Visual China

Reporter | An Jing Reporter | An Jing The establishment of NATO in 1949 coincided with the beginning of the Cold War. The target of the military alliance was the Soviet Union and Russia thereafter. The NATO Communiqué never mentioned China. For the first time, NATO mentioned in the summit document that China is the 2019 London summit. There was a sentence in the London Declaration at that time that simply mentioned China, saying that China’s increased influence provided NATO with opportunities and challenges. But after the summit on June 14 this year, NATO included China and Russia in the communiqué for the first time as a “security challenge”, saying that “China poses a systemic challenge to the international order.” In response to this, the “Reference News” published an article that history has proven and will continue to prove that China’s rise is conducive to the peace and stability of the international community and does not pose a threat to the international community at all. In fact, the world today faces many real threats and challenges. The new crown pneumonia epidemic is still raging around the world, the global economy is sluggish, the recovery is weak, and global challenges such as climate change are becoming increasingly prominent. All of them urgently need to be addressed by the international community. The NATO summit continued the tone of US President Biden’s European tour of advocating containment of China. The spokesperson of the Chinese mission to the European Union pointed out that the China-related content in the NATO Communiqué is a continuation of the Cold War mentality and the political psychology of the group. 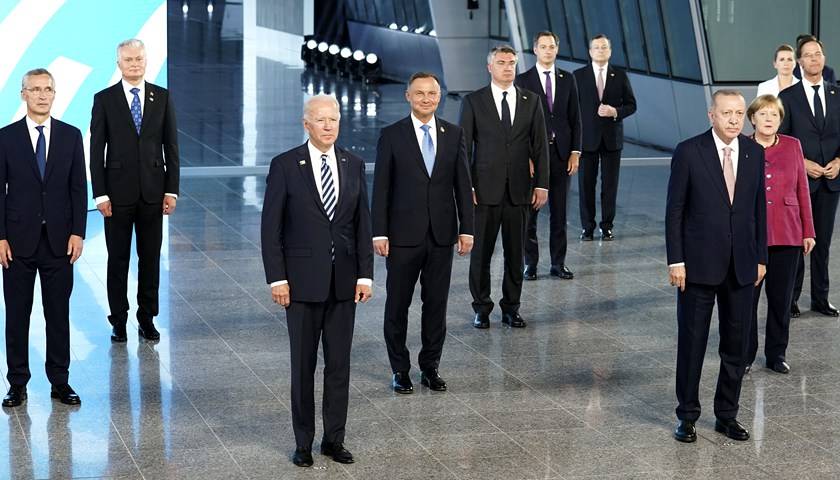 On the 14th, Biden participated in the first NATO summit since becoming the US president in Brussels. On the same day, the leaders of 30 NATO member states signed the communiqué.

The first two articles of the communiqué reiterated the meaning of NATO as usual, and the third article mentioned China.

Article 3 states that NATO member states are currently facing various threats, systemic competition and “security challenges”, and China and Russia appear together in the relevant expositions. Russia is characterized as a security “threat” to Europe and the Atlantic region; the term “threat” is not used against China, but China is regarded as a “challenge” that requires NATO member states to jointly address.

The latter part of the communiqué stated that China’s actions “posed a systemic challenge to the international order based on rules and areas related to alliance security”. NATO claims that China has expanded the number of nuclear weapons, is “opaque” in military modernization, has conducted military cooperation with Russia, and participated in Russia’s military exercises in Europe and the Atlantic.

At the same time, the communiqué stated that NATO will maintain a constructive dialogue with China in possible areas, including NATO-related matters and joint response to climate change.

NATO Secretary-General Stoltenberg emphasized in an interview with reporters after the summit that this is the first time that NATO has mentioned China in the communiqués and documents of the leaders’ summit. He said that China is not an “rival” of NATO, but it poses a challenge to NATO’s security.

Stoltenberg claimed that China’s defense budget ranks second in the world. NATO can see China in Africa and the Arctic Circle. China also invests in key infrastructure of NATO countries. He said that in view of this, NATO needs to respond to China’s challenges with greater resilience and higher technology.

He said that responding to challenges does not mean “moving NATO to Asia”, but to strengthen the member states’ own technology, cyber defense, and overall defense capabilities.

Regarding the NATO Communiqué and Stoltenberg’s speeches, the spokesperson of the Chinese mission to the European Union pointed out that NATO’s claim that China constitutes a so-called “systemic challenge” is a slander of China’s peaceful development and a misunderstanding of the international situation and its own role. The judgment is even more attributable to the continuation of the Cold War mentality and the political psychology of the group.

The spokesperson of the Chinese mission to the European Union said that in 2021, China’s defense budget will be 1.35 trillion yuan (approximately US$209 billion), with a GDP accounting for about 1.3%, which is less than NATO’s “pass line”. In contrast, the total military spending of the 30 NATO countries in 2021 is expected to be as high as 1.17 trillion US dollars, accounting for more than half of the total global military spending and 5.6 times that of China.

In addition, the number of nuclear weapons in China is not at the same level as that of NATO countries such as the United States. According to statistics from think tanks such as Sweden and the United States, the number of nuclear warheads in NATO member states is nearly 20 times that of China. China always scrupulously abides by not being the first to use nuclear weapons at any time and under any circumstances, and has made a clear commitment to unconditionally not use or threaten to use nuclear weapons against non-nuclear-weapon states and nuclear-weapon-free zones.

At the same time, within European countries, there are also different views on the relationship between China and NATO.

After the NATO summit on Monday, German Chancellor Angela Merkel said that China should not over-position the security risks posed by China and should find a “balance” because China is also a partner in many areas.

French President Macron stated that the most pressing issue facing NATO is combating terrorism and security issues related to Russia, and that China should not be distracted by China.

Before attending the NATO summit, British Prime Minister Johnson reiterated that NATO does not want to enter a new cold war with China.

The most important clause of the North Atlantic Treaty is Article 5, which is the collective defense clause. This article stipulates that an armed attack on one or more contracting states shall be regarded as an attack on NATO as a whole.

The communiqué pointed out that NATO will determine whether member states can use collective defense clauses in accordance with the principle of specific handling of specific situations. NATO claims that under certain circumstances, large-scale cyber attacks can constitute “armed attacks.”

At the same time, the communiqué pointed out for the first time that space attacks pose a “clear challenge” to NATO’s security and threaten national security, so similar attacks may trigger collective defense clauses.

However, whether to use collective defense clauses against such attacks will also be determined by NATO on a case-by-case basis. At present, about 2,000 orbiting satellites have been launched around the world, and more than half of them are operated by NATO member states.

Prior to this, both Ukraine and Georgia expressed their strong desire to join NATO, especially Ukraine.

When Russia increased its troops on the eastern border of Ukraine on a large scale, Ukrainian President Zelensky repeatedly stated that joining NATO is the only way to solve the problem.

Putin said that this situation is equivalent to deploying Russian missiles in Mexico or Canada. He threatened that at least half of the Ukrainian people did not want to join NATO because “they do not want to put themselves at the forefront of the war, and they do not want to be bargaining pawns or cannon fodder.”

Biden will hold the first summit with Putin in Geneva on Wednesday, local time.

editor - June 20, 2021 0
On June 12, according to a report by the US "Defense World", Turkish Aerospace Industries (TAI) President Thamel Kothier said that Turkey is stepping...