Home Science The origin of the colorful aurora bands

Speculation about the mysterious origin of the aurora has been around for a long time. But until now, unsubstantiated inferences have been clearly proven. The mystery has been revealed According to a new study published in the journal Nature, a team of physicists from the University of Iowa has finally demonstrated that the aurora is “generated by strong electromagnetic waves during geomagnetic storms.” 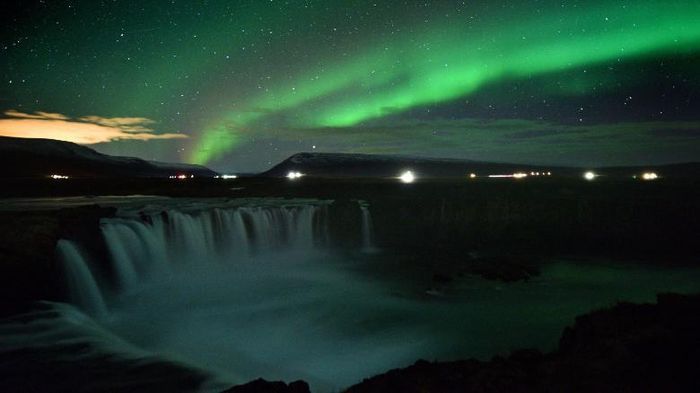 The Northern Lights appear over a waterfall in Iceland. Photo: Getty Images. Research shows that these phenomena are known as Alfven waves, which launch electrons to Earth, causing the particles to produce a stream of light that scientists call the aurora borealis. “The measurements reveal that the small number of electrons undergo ‘resonant acceleration’ by the electric field of the Alfven wave, similar to a surfer catching a wave and continuing to accelerate while surfing with the wave,” said Deputy Professor Greg Howes, of the Department of Physics and Astronomy at the University of Iowa, is also a co-author of the study, said. The idea that electrons “surf” on an electromagnetic field is a hypothesis first introduced in 1946 by Russian physicist Lev Landau. The theory is named after the physicist who called it Landau damping. After more than 70 years, the Landau damping theory has been proven. Aurora re-creation After decades of research, scientists have understood how the aurora is produced, but only now have they been able to simulate these colorful bands of light. For the first time, artificial auroras have been recreated in the lab using large plasma physics equipment (LPD) at UCLA’s Basic Plasma Science Facility (BaPSF). 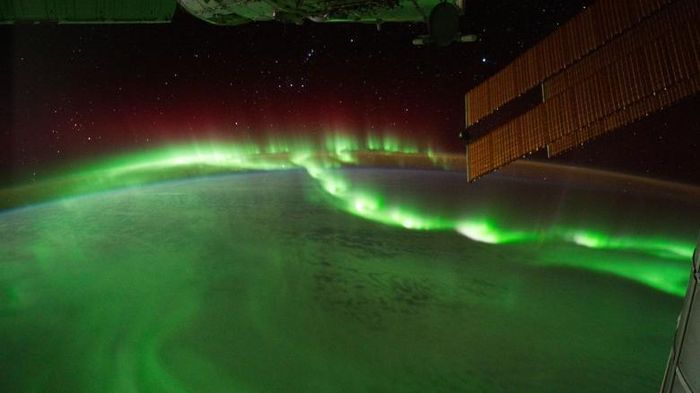 Auroras observed from the International Space Station. Photo: NASA. According to the CNN , the scientists used a 20-meter-long room to reconstruct the Earth’s magnetic field using powerful magnetic coils on UCLA’s LPD instrument. Inside the room, the scientists created a plasma environment similar to what exists in near-Earth space. “Using a specially designed antenna, we project Alfven waves down the machine, just like when you quickly shake a water hose up and down and watch the waves move along the hose,” Mr Howes said. When they began to experience electrons “surfing” along the wave, they used other specialized instruments to assess how the electrons received energy from the wave. “Although the experiment did not reproduce the range of multicolored light in the sky, our measurements in the laboratory matched predictions from computer simulations and mathematical calculations, demonstrating that the Electrons surfing on Alfven waves can accelerate up to 72 million km / h and create aurora,” Mr Howes said. Study co-author Craig Kletzing added that these experiments allow them to make key measurements to prove the spatial and hypothetical measurements that actually explain how the aurora is produced. 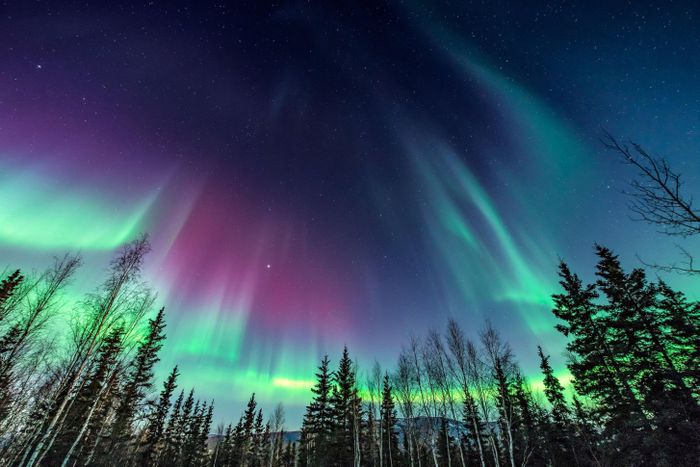 The aurora was taken in Alaska. Photo: Getty Images. Many space scientists are also excited by this new news. “I feel so excited! There are very few laboratory experiments that can prove hypotheses and models related to the space environment. Because space is so vast that it can’t be simulated in a lab,” said Patrick Koehn, a scientist in NASA’s Helicopter Physics Division. According to Koehn, understanding the acceleration mechanism of the electrons that produce the aurora will be useful for many future studies. Long road ahead Currently, the theory of how the aurora is generated has been proven, but there is still a long way to go to predict the strength of each upcoming storm. “Predicting the strength of a particular geomagnetic storm, based on observations of the Sun and measurements from spacecraft between the Earth and the Sun, remains a difficult unsolved problem.” Mr Howes said. Howes said they have established the bond of electrons surfing on Alfven waves about more than 16,000 km above the Earth’s surface. And now, they must learn to predict the strength of those Alfven waves using spaceship observatories.

5 countries that eat the iconic animal

Hoài Anh - June 8, 2021 0
National symbolic species have special meaning to the people. However, they are still willing to butcher them for many reasons. The people of the...