Home Business The recovery strategy promises to bring Malaysia out of the Covid-19 crisis...

The Malaysian Government’s strategy to bring the country out of the Covid-19 crisis consists of four stages and specific criteria. 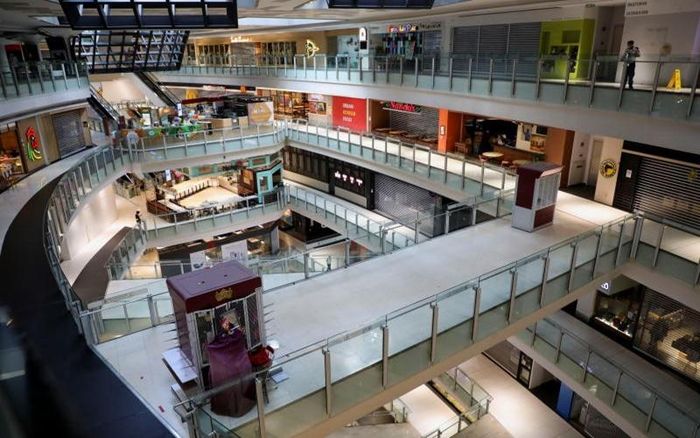 Inside a shopping mall in the capital Kuala Lumpur, June 1. (Photo: Reuters) The Malaysian Government’s strategy to bring the country out of the Covid-19 crisis consists of four stages and specific criteria. Accept economic damage to flatten the epidemic curve Malaysia began implementing a nationwide blockade order from June 1, after the number of daily cases exceeded 9,000 cases and put tremendous pressure on the health system. Restrictive measures will be extended until June 28. In a televised speech on June 15, Prime Minister Muhyiddin Yassin said that the nationwide blockade order had helped Malaysia “flatten the curve” of the epidemic and avoid falling into a tragedy. During the lockdown, the Malaysian economy suffered about one billion ringgit a day (about $243 million). Most businesses have to close, except for some essential service and economic sectors. However, Malaysian Prime Minister Muhyiddin Yassin said that “light will be at the end of the tunnel” when it comes to speeding up vaccinations. Yassin announced the recovery plan as the number of Covid-19 cases in Malaysia continues to decline and an additional 16 million doses of the Covid-19 vaccine have been secured to the country by the end of July. National Recovery Plan in four phases Prime Minister Yassin announced a four-stage National Recovery Plan with three specific indicators to use as a basis for deciding whether to lift restrictions and if so, when. Each phase will be implemented based on the average number of cases per day, the capacity of the public health system and the population vaccination rate. Malaysia is in phase one of this plan. The number of new Covid-19 cases in the country remains high, the public health system is in a very critical situation, the vaccination rate is low, and the nationwide movement control order is in effect. In stages, restrictions on economic activities and the social sector will be further eased. 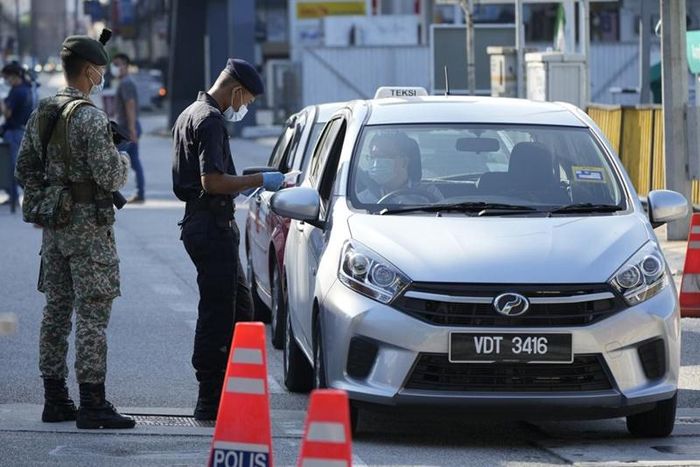 The nationwide movement control order took effect from June 11. (Photo: AP) Malaysia will move to phase two of the plan if the daily number of new cases falls below 4,000 cases per day, the vaccination rate reaches 10%, and the intensive care units operate at “moderate” capacity. If in phase one, only essential services are allowed to operate, all fields and social activities are banned, then in phase two, there will be some more economic sectors such as manufacturing industry The output is allowed to operate up to 80% capacity. However, social activities and interstate travel are still not allowed. The government wants to bring the country into phase two as early as next July. Malaysia will enter phase three when the daily number of cases falls below 2,000 cases per day, the health care system operates in a more comfortable state and at least 40% of the population receives two doses of the Covid-19 vaccine- 19. All economic sectors will be allowed to operate, except for those considered high risk such as at nightclubs, pubs, event centers, spas and beauty salons. “All economic sectors will be operating at 80% capacity, similar to the second phase. And social activities such as education and some sports activities may resume in stages,” Yassin said. He expressed hope that Malaysia will move to phase three as early as the end of August. The fourth phase will take place when the daily number of cases is less than 500 cases/day, the health system and intensive care beds operate at a safe level, at least 60% of the population is fully vaccinated. “Based on the predictions of the National Covid-19 Vaccination Plan, this transition is expected to be implemented as early as October 2021,” Prime Minister Yassin said. At that time, all economic sectors will be back to work, more social restrictions will be lifted and interstate travel and domestic travel will be resumed. To date, Malaysia has recorded more than 667,876 cases of Covid-19, of which more than 4,000 have died and nearly 594 thousand have completely recovered. Malaysia recorded more than 5,000 new cases on almost all days from May 19 to now. Currently, Malaysia ranks third in Southeast Asia, after Indonesia and the Philippines, in the number of Covid-19 cases.

editor - April 30, 2021 0
The Brexit agreement aims to ensure that trade between the EU and Great Britain has a future. But many companies feel put off...