Home Travel This ancient temple in Gansu is known as the “first famous temple...

Tianshui, Gansu, was called Qinzhou in ancient times. It is an important birthplace of the Chinese nation and the Chinese civilization. Because the “head of the three emperors” Fuxi created gossip here, it is called “the hometown of Emperor Xi”. The rich historical and cultural resources have left a large number of cultural relics in Tianshui. According to statistics, there are 470 cultural relics protection units in the city. Among them, the two most worthwhile attractions are the Maiji Mountain Grottoes and the Nanguo Temple. Nanguo Temple, located in Nanshan Pass, Qinzhou District, Tianshui City, is named after being located outside the southern city of Tianshui in ancient times. It has a history of more than 1600 years. The entire temple occupies an area of ​​5.7 hectares, surrounded by verdant trees, fragrant birds and flowers, and beautiful scenery. Although it is only 3 kilometers away from the urban area, there is no trace of it in the urban area. It has the artistic conception of “the ancient temple in the deep mountains”. Unlike most monasteries in China, Nanguo Temple was built from the south to the north, and is divided into three courtyards, the west courtyard, the middle courtyard, and the east courtyard from west to east by three gates. The Temple of Heaven, Bell and Drum Tower, Zen Forest Academy, Du Shaoling Temple, and other buildings are magnificent and solemn. As early as the Tang Dynasty, they have become a famous Buddhist holy site in the northwest region and a place for literati and inkmen to visit. Since ancient times, there has been “the first famous temple in Longyou “The reputation. 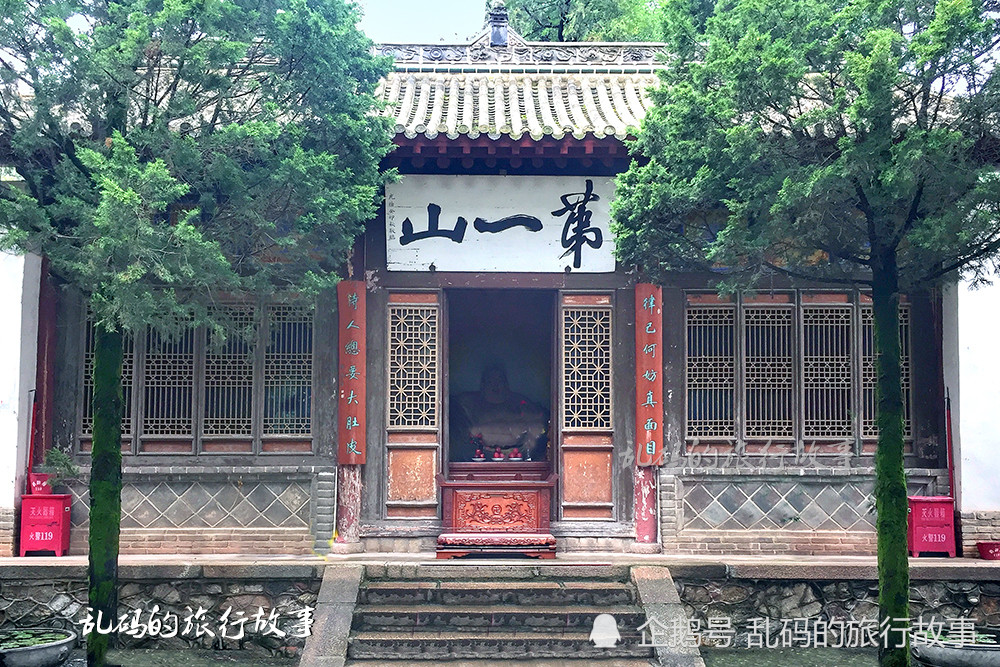 This ancient temple was built during the Southern and Northern Dynasties, and it carries the long history and profound culture of Tianshui. In the second year of Emperor Suzong of the Tang Dynasty (759 AD), the poet Du Fu resigned and traveled west with his family members due to the rebellion of Anshi, and lived here for more than three months. , And left behind “Nanguo Temple at the top of the mountain, the water is called the North Flowing Spring. The old tree is empty and the canal is passed on.” and more than one hundred popular poems, which even arouses people’s interest in and yearning for it. Although Tianshui belongs to Gansu Province, it is completely different from Dunhuang in the Gobi Desert in the west. It has a pleasant climate and beautiful scenery. It is known as the “Longshang Jiangnan”. Nanguo Temple is also towering with ancient cypresses, fresh and quiet, and has been listed as one of the eight scenic spots in Qinzhou since ancient times, and is known as “Nanshan ancient cypress”. Among them, a “Chunqiu cypress” in front of the Daxiong Hall is divided into three branches, shaped like an axe, and a hackberry tree is parasitic in the trunk, which surprises all viewers. 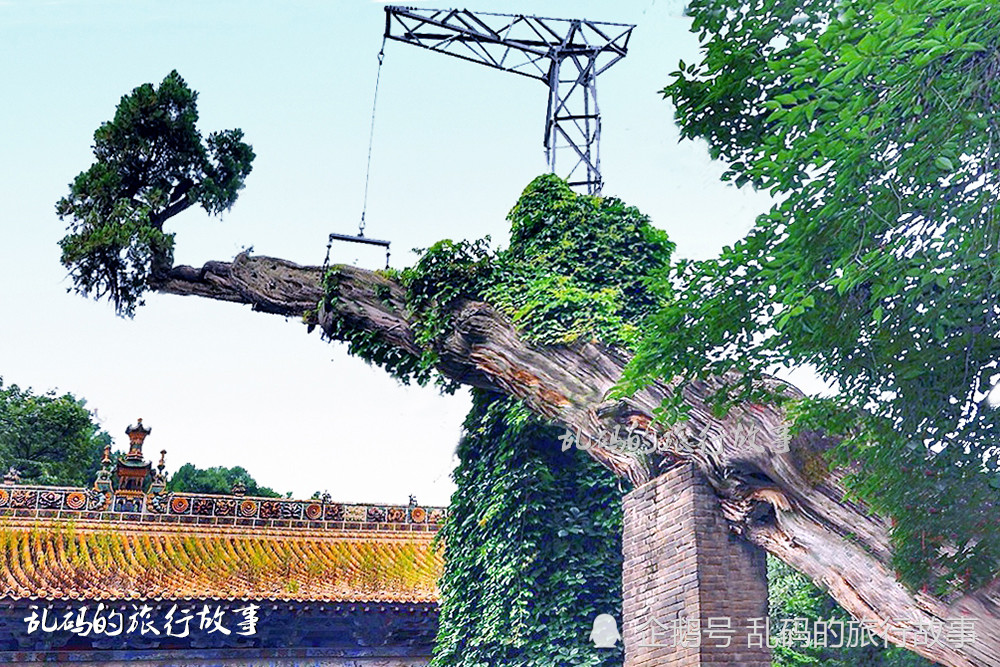 According to textual research, Du Fu’s poem “Nanguo Temple on the mountain top, the water name is the north stream spring. The old tree is empty in the courtyard, and the canal is passed down.” The “old tree” described in the poem refers to this ancient cypress. According to expert inspection, this “Chunqiu cypress” tree is 2300-2500 years old, second only to the ancient cypress of the Huangdi Mausoleum in Shaanxi and the Zhou cypress of Jinci in Shanxi. Because such a wonderful tree is the only one in the country, it has become the only one in the country. The “Treasure of the Town and Temple” of Nanguo Temple. Tianshui is a city with a lot of springs and hot springs. Among them, Beiliuquan, located in front of the Guanyin Hall of the East Courtyard of Nanguo Temple, originally flowed down from Nanshan to the north, hence the name “Beiliuquan”. Later, monks in the monastery built wells and kept springs, and they were named “Qiuchi”, also known as “Nanshan Lingqiu”. For thousands of years, Beiliuquan has been famous for the poem “Nanguo Temple on the top of the mountain, the name of the water is Beiliuquan” written by Du Fu, and is known as the “Crown of Famous Springs on Longshang”. In the thirtieth year of Guangxu in Qing Dynasty (1904), the people of Qinzhou, with their deep feelings for the poet saint, changed the Nanguo Temple East Buddhist Temple to Du Shaoling Temple, and produced the statues of Du Fu and his two sons Zongwen and Zongwu for generations to come. Remember me forever. What is interesting is that the establishment of the poet’s ancestral hall in the Buddhist temple can be called a great wonder of Qinzhou culture, which shows the position of the poet Du Fu in the hearts of Tianshui people. Throughout the ages, Nanguo Temple has attracted many tourists to experience the profound cultural heritage of the thousand-year-old temple. If you have the opportunity, you might as well come here for a walk. Transportation: In Tianshui City, take bus No. 9 and get off at Nanguo Road and walk up the mountain; or take the special line bus of Nanguo Temple Grand Scenic Area, which sets up Nanguo Temple Gate, Xiyuan, Wangjiaping, Songcuiyuan, Nanguo Temple, 10 sites including Nanguo Temple Ruins Museum, Dujiaping, Moon Bay Plaza, Liguan Bay, Nanshan Cloud, etc. The fare is 5 yuan.

Original and pure Moroccan style homestay, pretending to be abroad

editor - April 25, 2021 0
The homestay I mentioned today is purely Moroccan. Now most of the net celebrity homestays are mainly white and simple, but this homestay has...