The biography ‘Napoléon Bonaparte’ presents a vivid portrait of one of the most famous and controversial figures in world history.
There have been many books written about the military and statesman Napoleon Bonaparte. Each work recognizes, analyzes and studies this character from different perspectives. In some books he is a military genius, in others he is a war-obsessed tyrant. 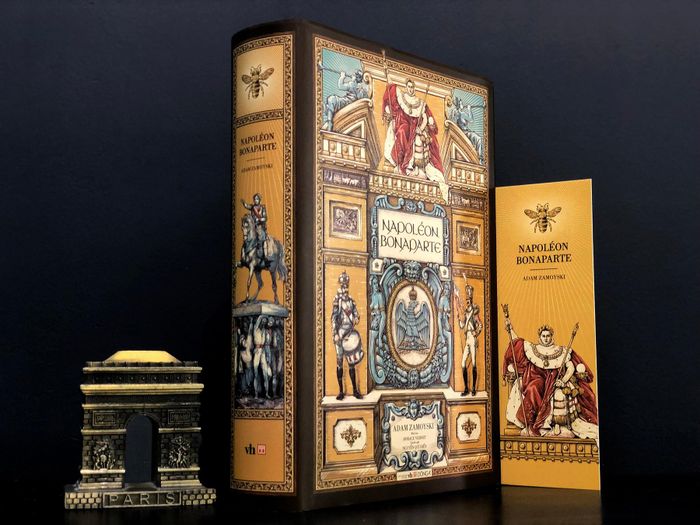 Book of Napoleon Bonaparte published by Literature and Dong A Publishing House. Photo: D. A. Genius or sinner? Historian Adam Zamoyski tore the veil of anecdotal covering the character’s life, explaining Napoleon based on the context of the European Enlightenment. His book has just been published in Vietnamese with the name Napoleon Bonaparte , translated by translator Nguyen Qui Hien. The 916-page book of 44 chapters, builds on the biography of Napoleon Bonaparte from his birth on the island of Corsica, his way to advancement, to his death on the island of Saint Helena. The author spends a large amount of time researching about the years that formed the person of Napoleon, to explain a person that is still controversial. The author also focuses on writing about the first Italian campaign (1796-1797), which showed how Napoleon was superior to his opponents and colleagues. The Russia campaign is seen by the author as “the key to Napoleon’s decline, and shows how his confusions led to political suicide”. Adam Zamoyski was soon exposed to contrasting, anecdotes about Napoleon: A divine genius, an embodiment of romantic ideals, a vicious demon, or just a dictator. ugly small stature. Historical studies cause Adam Zamoyski to disagree with any of them. In Preface In the book, the author stated the purpose of the research: “This book is not to justify or condemn, but to rearrange the pieces of the human life born under the name of Napoleone Bonaparte, and to consider how Why did he become ‘Napoléon’ and gain all the achievements he had, and why did he lose all this fortune.” With the view that Napoleon was a genius, Adam Zamoyski said that he did not see this character as having anything superhuman, but had many extraordinary qualities. Napoleon was still an ordinary man in many respects, “despite having achieved countless glory, personally led the most disastrous battle in military history (a disaster of his own making), and himself single-handedly destroy the great fortune that I, along with many others, have worked so hard to build.” Historian Adam Zamoyski rates Napoleon as an excellent tactician; but he was not a strategist, so at the end of his life he met a tragic end. With the view that Napoleon is “a bloodthirsty demon of war”, the author rejects when placing the character in a historical context. According to the author, Napoleon’s motives and ambitions were similar to those of his contemporaries such as Tsar Alexander I, Duke of Wellington, Earl Blucher… Before the rise of Napoleon, a hegemonic dispute broke out. Britain occupied Canada, a large part of India; Austria won many provinces in Italy; Poland and Prussia increased in size… But the leaders were not criticized for being bloodthirsty for war. 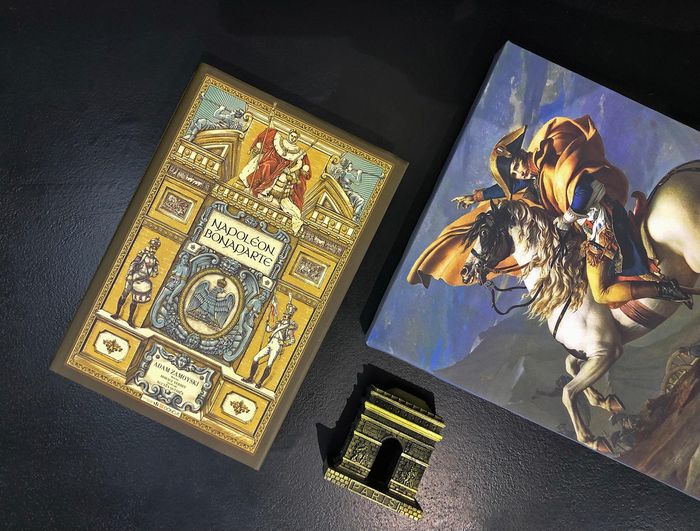 The book is considered a true biography of Napoleon. Photo: D. A. Put the character in historical context Writing a biography, the author puts Napoleon in historical context, ignoring accepted opinions and prejudices. To do this, the author has focused on many sources that he considers reliable. He consults a large number of documents in government archives, national libraries of many countries, to books, newspapers in circulation, and the research of previous historians. The author also studies the memoirs of related people such as Bourrienne, Fouché, Barras… with caution. He said that these characters originally wrote memoirs mainly to justify themselves or to build their own image. The book has received positive feedback from researchers and the press. The Times “This is perhaps one of the most honest biographies of Napoleon,” he wrote. In addition to footer and Bibliography presented according to the original book, the Vietnamese version is supplemented with the Vietnamese Index system. This helps readers to look up more historical sources that the author has consulted when writing the book, creating a convenient and scientific experience. Vietnamese edition of Napoleon Bonaparte There are also illustrations from the book Histoire de l’Empereur Napoleon , by Laurent de l’Ardèche, by painter Horace Vernet. The appendix of the book is 36 images of Napoleon’s life through paintings by contemporary artists. These are portraits of Napoleon, portraits of his relatives, related figures, places, events (such as the Tuileries Palace, the Arc de Triomphe Carrousel, the coronation of Napoleon)… Author Adam Zamoyski (1949) is a British historical researcher. He can speak five languages ​​English, Polish, French, Italian, Russian. He is currently teaching in the UK, USA and Europe. Adam Zamoyski wrote many books on Polish and European history. He is the author of three works on Napoleon: Napoleon Bonaparte (Napoleon: A Life) ), Moscow 1812: Napoleon’s Fatal March on Moscow (1812 – Napoleon’s deadly campaign in Moscow), Rites of Peace, The Fall of Napoleon & the Congress of Vienna (Peace Rite – The Fall of Napoleon and the Conference of Vienna).

In microgravity: How are astronauts’ eyes affected?

editor - June 8, 2021 0
Astronauts in space for more than 6 months are likely to experience changes in eye structure. If this condition persists, their vision will be...