Home Science Who is the father of the air conditioner?

The invention of air conditioning was a great revolution of people at that time. Who is the father of the air conditioner? 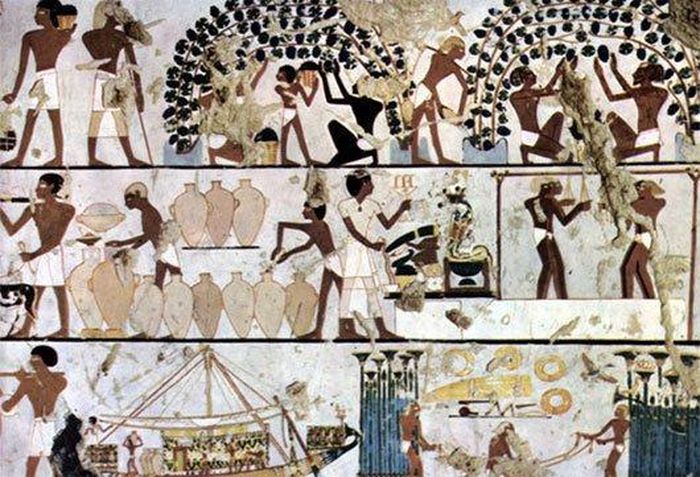 1. When did the earliest models of air conditioners appear? Icon Ancient Egypt Icon Ancient Roman The correct answer is answer A: According to research by archaeologists and historians, the most primitive model of air conditioners appeared from ancient Egypt. To cool the indoor air and avoid the hot and dry desert climate, the ancient Egyptians hung bundles of water-soaked reeds in the windows. When the wind blows through the window, it will bring water vapor into the house. Another way of cooling the ancient Romans was that they surrounded the walls of the house with plumbing, when the water circulated, it would cool the house. Water cooling was also adopted by the medieval Persians. Their system includes wind towers and water tanks that help cool the indoor air. 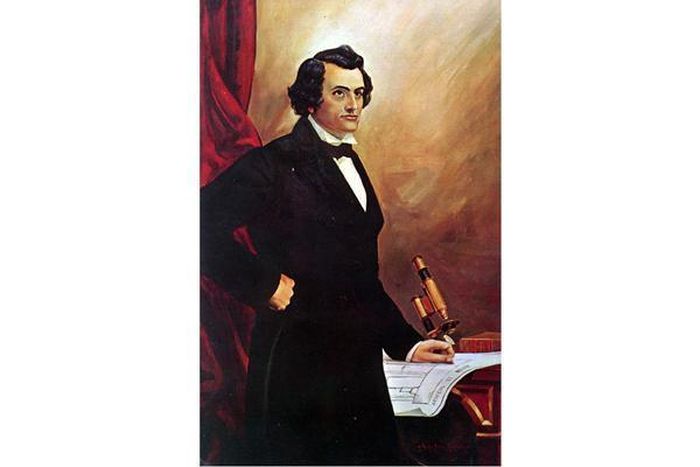 2. Who came up with the first idea for an air-cooling system? Icon Michael Faraday Icon John Gorrie Icon Benjamin Franklin The correct answer is answer B: Scottish physician John Gorrie (1803-1855) Scottish physician John Gorrie (1803-1855), who gave the first idea of ​​the air-cooling system. Although the model and ideas above were never realized, in 1851, Gorrie was still awarded a patent for a machine that made ice. 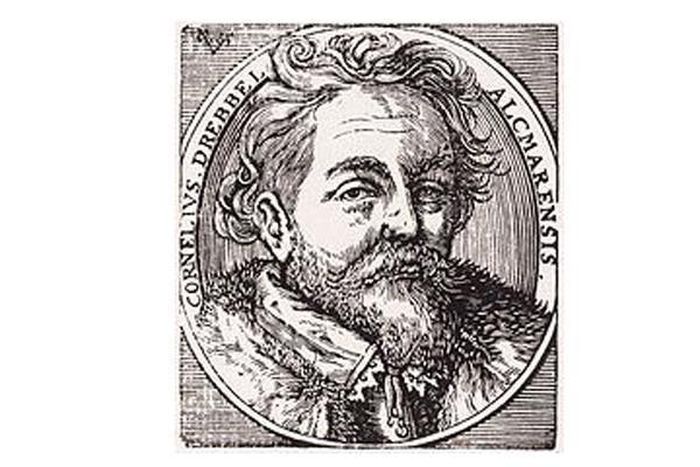 3. Who invented the model of air cooling by adding salt to water as it evaporates? Icon Cornelis Drebble Icon Michael Faraday Icon Benjamin Franklin The correct answer is answer A: Beginning with the inventor Cornelis Drebble (1572-1633), he invented a model for cooling the air by adding salt to water as it evaporates. They were introduced to the then king of England, James I, but were not taken seriously. In 1758, the governor of Pennsylvania, Benjamin Franklin (1785-1788) and Professor of Chemistry John Hadley (1731-1764) at Cambridge University experimented and discovered the principle of reducing heat from evaporation. This was an important invention that laid the foundation for later air conditioners. Both Franklin and Hadley realized that the evaporation of a liquid such as alcohol or ether could lower the temperature of an object below the freezing point of water. Both men successfully experimented with evaporation to reduce the temperature of a mercury thermometer tube from 18 degrees Celsius to minus 14 degrees Celsius. By 1820, the British chemist Michael Faraday (1791-1867) made it. successfully experimented with compression and liquefaction of ammonia gas. During his experiments, he realized that evaporating liquid ammonia could cool the surrounding air, and this was one of the premise for later air conditioners. 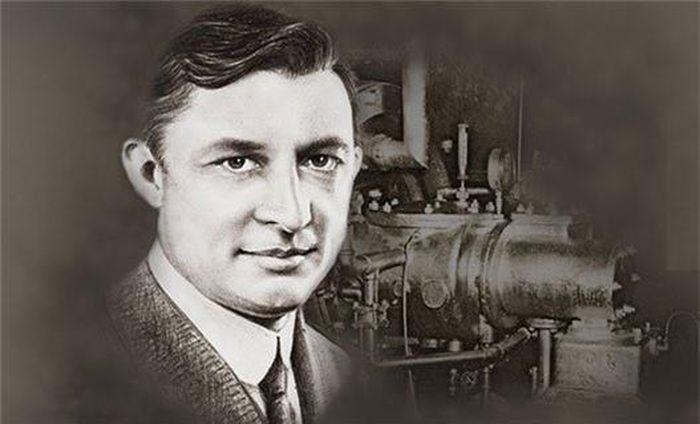 4. Who first invented the modern air conditioner? Icon Willis Carrier Icon John Gorrie Icon Benjamin Franklin The correct answer is answer A: In 1902, Willis Carrier (1875-1950) invented a model of the air conditioner while working for the Buffalo Forge mechanical company. Willis Carrier was born in New England state (USA), from a young age, she was smart and bright. After graduating from Cornell University, Mr. Carrier worked in a heat-resistant suit. His research saves the company $40,000 per year. With this invention, Carrier is known as the father of the modern air conditioner model that we are using. However, Carrier’s air conditioning system is very large, noisy, extremely expensive and very dangerous because it uses the toxic chemical ammonia to cool the air. In 1911, Carrier continued to introduce “refrigerant formulations with reasonable humidity ratio”, this method of refrigeration is still used in some areas of the refrigeration industry.

5. Where was the Willis Carrier air conditioning system first used? Icon A movie theater Icon A printing factory Icon On the bus The correct answer is B: Willis Carrier’s air conditioning system is used in a printing factory. This system helps control the temperature and also keeps the humidity in the plant. Carrier’s principle of humidifying the air is quite simple, instead of pushing air through the heating tube, the air flowing through the tube is cooled by liquefied ammonia.

6. In what year was the Carrier-built air conditioning system first installed in a home in Minneapolis? Icon 1913 Icon 1914 Icon 1915 The correct answer is B: In 1914, a Carrier-built air conditioning system was installed for the first time in a house in Minneapolis. This machine is 2.1 meters high, 1.8 meters wide and nearly 7 meters long. But this machine has never been used because no one lives in the house. However, homeowners still have to spend more than 60,000 USD per year to maintain the entire house. 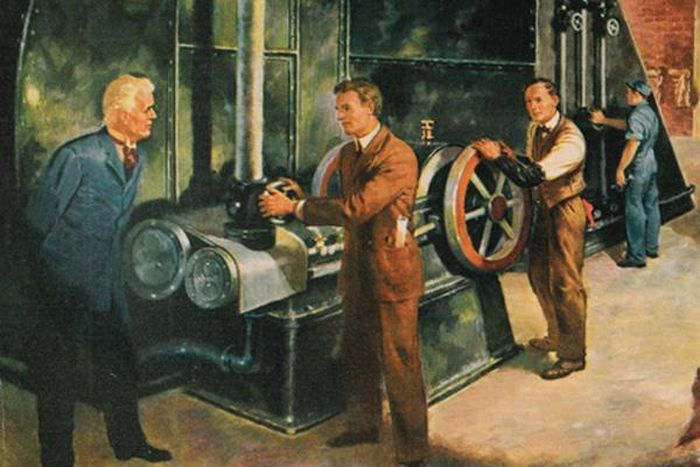 7. When was the first movie theater in the US equipped with air conditioning? Icon 1917 Icon 1918 Icon 1919 The correct answer is answer A: The household air conditioner has a height of 2.1 meters, a width of 1.8 meters and a length of nearly 7 meters. However, it has never been used because no one lives in the house but, the owner is a famous gambler who is rich and spends more than $60,000 annually on maintenance. From 1917 to 1930, the cinema was a place for people to enjoy the air cooled by air conditioning. The first movie theater in the US to be equipped with air conditioning was the New Empire Theater in Montgomery, Alabama in 1917. In that year, the Central Park Theater in Chicago also installed an air-conditioning system, which was enthusiastically received by customers. . Especially on summer days, the air conditioner is even more effective. In 1922, Carrier continued to make two breakthroughs in air conditioning. The first is that he replaces the toxic condenser ammonia with another, safer compound, dielene (dichlorethylene). 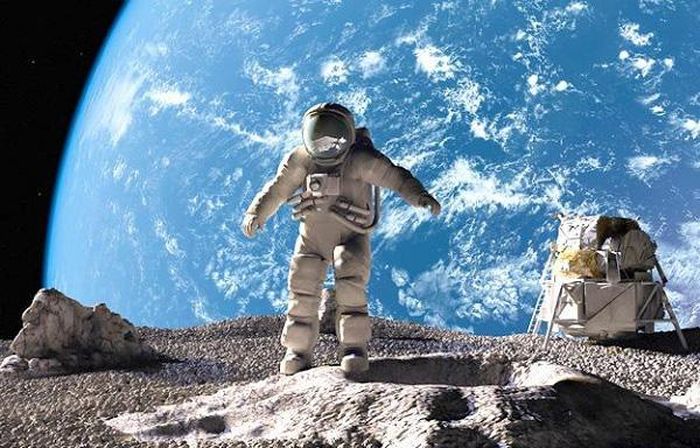 8. In 1969, the cooling system was fitted in Neil Armstrong’s spacesuit when performing a Moon walk, is it true or false? Icon It’s correct Icon Wrong The correct answer is answer A: In 1969, a cooling system was fitted in the spacesuits of Neil Armstrong and Buzz Aldrin to combat the conditions in space. These two astronauts wore them while on the Moon walk. Result Please work harder! point

The triangle region occurred a series of mysterious and bizarre disappearances,...

Cersei (Tổng hợp) - May 13, 2021 0
If the Bermuda Triangle is known for the "swallowing" of ships, the Bennington Triangle is like a place to "attract" missing people. The Bennington...