Home Science Why is the plane exit on the left, pilots can’t have beards?

That is the question of many people about airplanes and aviation, besides questions like why are airplane windows oval, the fuselage is often painted white…
Every detail on the plane is carefully designed and calculated. Perhaps that’s why it’s the safest way to travel to faraway places. The following article will provide answers to the 8 most common questions about airplanes that people often ask.

Why are airplane windows oval? 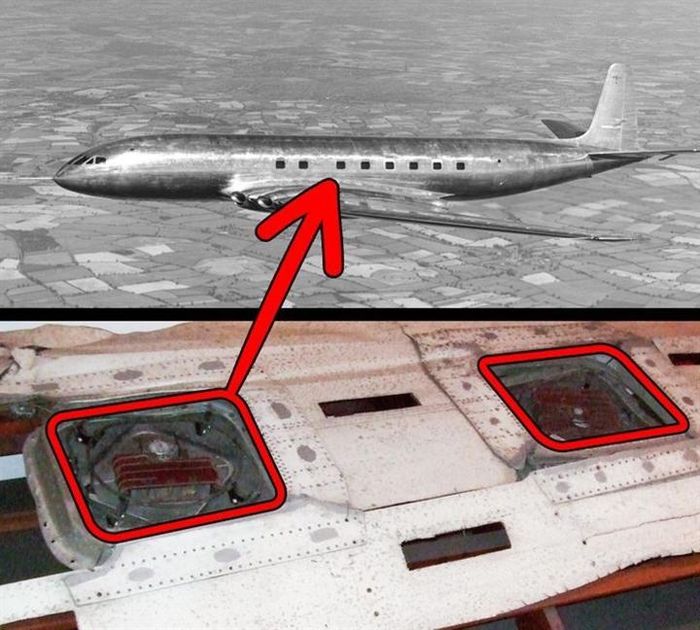 In the early 1950s, the world’s first commercial jet was developed and manufactured by De Havilland. This is considered the miracle of the aviation industry. However, after a year of use, the plane fell to pieces right in the sky and within a few months, two more suffered the same fate. Engineers scrutinized the plane’s screws and discovered that the main cause was the square window. With this design, the pressure is higher at the door corners and increases significantly in flight. So the engineers decided to replace it with round or oval windows. Why do airplanes have curved wing tips? 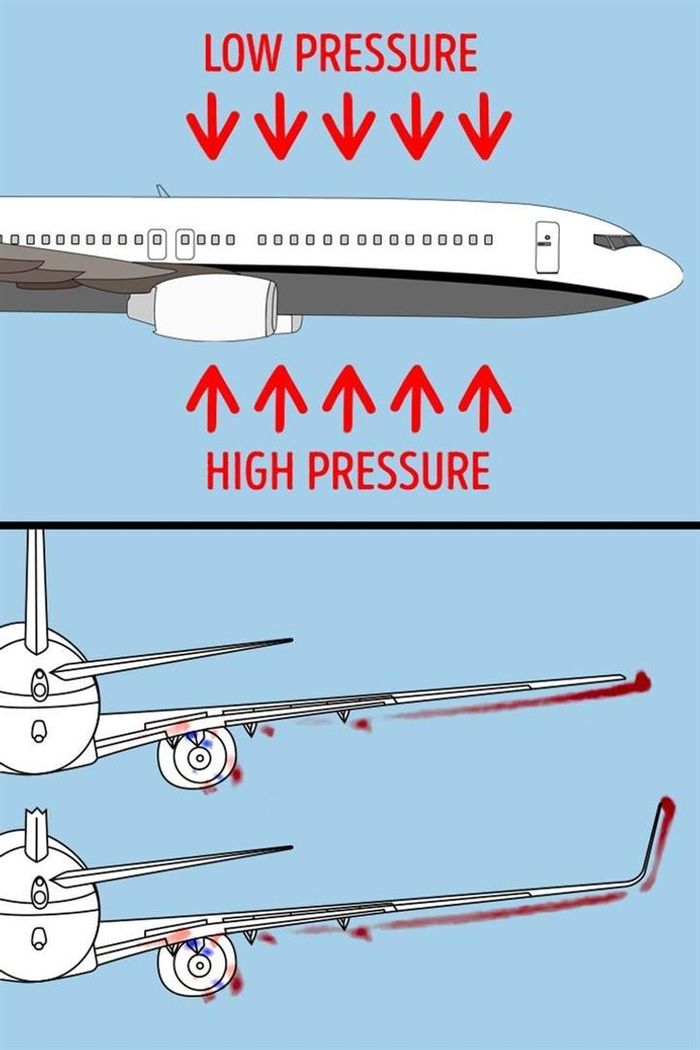 During a flight, the pressure on top of the wing is lower than the pressure under the wing. Air tends to shift from high pressure below the wing to low pressure above and around the wing tips. In the past, the wing tips were designed to be straight, causing the airflow to cause serious turbulence. Therefore, the scientists decided to bend the wing tip upwards to reduce turbulence, prolong the durability of the wing and save a lot of fuel during travel. Thanks to this feature, everyone will feel more comfortable during the flight. Why do airplane noses have different shapes? 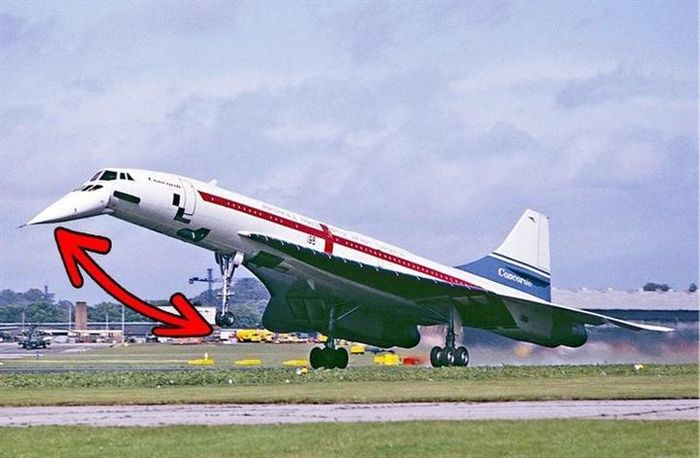 The nose of a military aircraft is pointed, the sharper the nose, the faster it flies. However, if the nose is too long, the pilot cannot see the runway correctly, which is why civil aircraft have round noses. Russian engineers solved this problem in the 1960s. The fastest passenger jet could tilt its nose. During takeoff and landing, the aircraft tilts its nose down and during flight the nose will be brought back to its original position. This strange design is intended to help pilots see the runway better. Why are airplanes painted white?

Airplanes are almost always painted white. There are several reasons to explain this problem: Heat Reflection: A plane painted white will accumulate less heat. This is better for passengers and economically beneficial for airlines.
White paint is cheaper than other paints.
Prevent bird collisions: Birds can see reflections from white surfaces better, reducing the risk of collisions with aircraft.
White paint helps reveal small cracks and dents: The paint makes cracks easier to see, identifies problems early, avoids accidents, and makes damage easier to see. Why is the exit on the left? 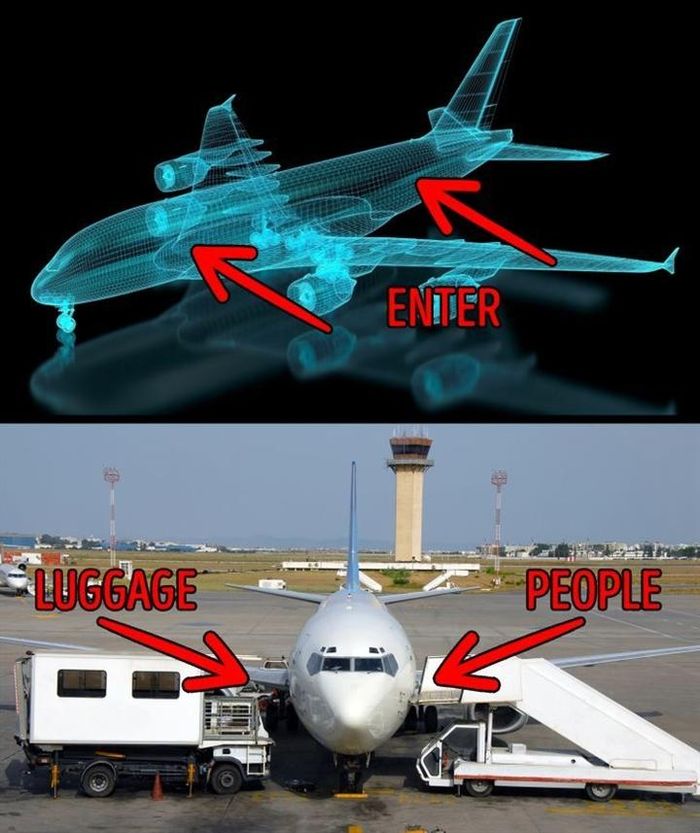 Not all but most aircraft have the main entrance on the left side. There is an explanation: The right side is for luggage (the cargo hatch is also on the right) so it is not safe for passengers.
Some say it’s an old tradition: The train ramp is always on the left.
The aircraft door is installed on the left side, which allows them to park the plane in the passenger area better and move more easily. Why are some planes oddly shaped? 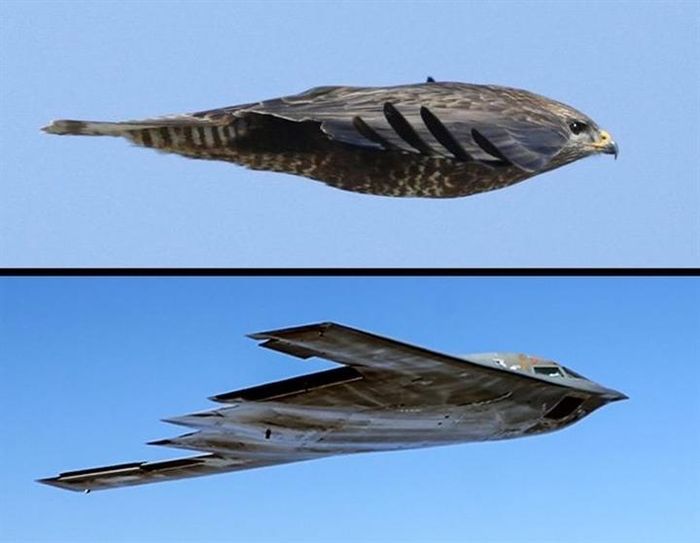 You must have heard of stealth aircraft. It has an odd shape to avoid detection by radar, sonar, infrared and other detection means, and to be able to carry more luggage with less fuel consumption. The shape of the plane is inspired by birds. Birds of prey use that shape to increase their range and be less visible. However, these aircraft are often too expensive to be used in civil aviation. How do airplanes look spacious? 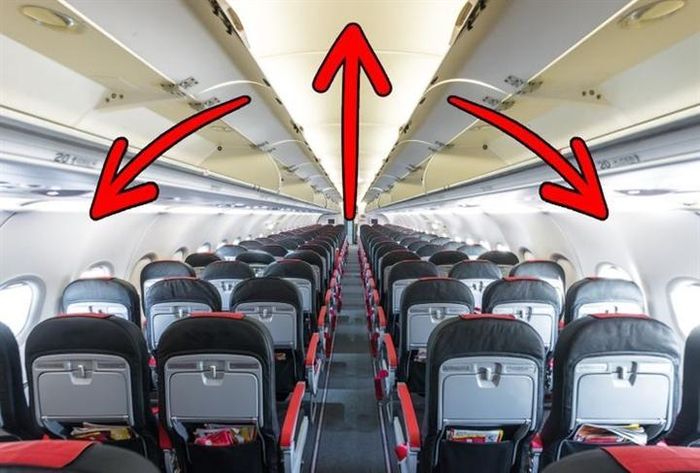 The designers use a number of tricks to make the plane look taller and more spacious than it actually is. For example, the walls have certain shapes to reflect light correctly. The illumination between the ceiling and the overhead bin makes the ceiling visually taller. Thanks to these tips, people with plane phobia will feel more comfortable. Why don’t pilots have beards? 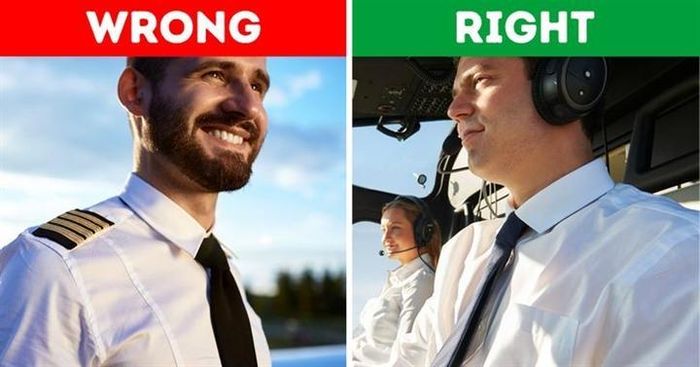 Some airlines ban pilots from growing beards. This is explained that, the beard can cause the oxygen mask to not fit tightly to the pilot’s face and work properly in an emergency situation. In particular, in that case, the pilots must always be alert to save the lives of passengers on the plane.

editor - June 21, 2021 0
NASA is asking for help naming the dummy for the Artemis I mission to the Moon scheduled for November 2021. When NASA's Orion spacecraft...