Home Beauty Fashion Americans ‘forgot’ how to dress after 15 months at home to avoid...

‘I panicked because there was nothing to wear. This makes going back to work more stressful than I thought,” said Musa Tarig, a resident of the United States.
Thanks to the rapid and widespread vaccination program, the people of the United States are gradually returning to their pre-pandemic lifestyle.

However, when the number of face-to-face meetings and the need to go out increases, many people are worried about their appearance and style of dress. The Washington Post. After about 15 months of implementing social distancing, many young people feel “like 20 years older”. Due to prolonged stress, they snack more than usual, leading to an increase in the rate of people suffering from obesity and uncontrolled weight gain. 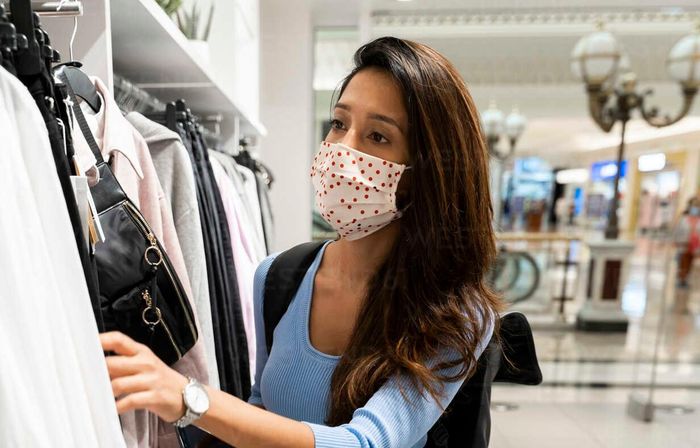 Many Americans are concerned about their appearance and how to dress when the normal rhythm of life gradually returns. Photo: Westen61. In addition, being at home most of the time makes most young people have the habit of wearing comfortable, not restrictive or overly formal clothes. Therefore, when having to say “goodbye” to baggy nightshirts and pants, many people find it difficult to know how to dress. Personal stylist Lauren A. Rothman, who runs Styleauteur (Washington, USA), tells The Washington Post that in the past few weeks, she has received many requests for dress advice from clients. “They are quite nervous when preparing to meet partners, meet friends, date more. I always get questions like ‘What should I wear for this occasion?’ or ‘Is this style still trendy?'” Rothman said. Last month, Melissa Burton (38), a program manager for the North Carolina state government, started working in the office again. She said choosing clothes for work became a big challenge because before, she used to wear a vest and stretch yoga pants when meeting online. 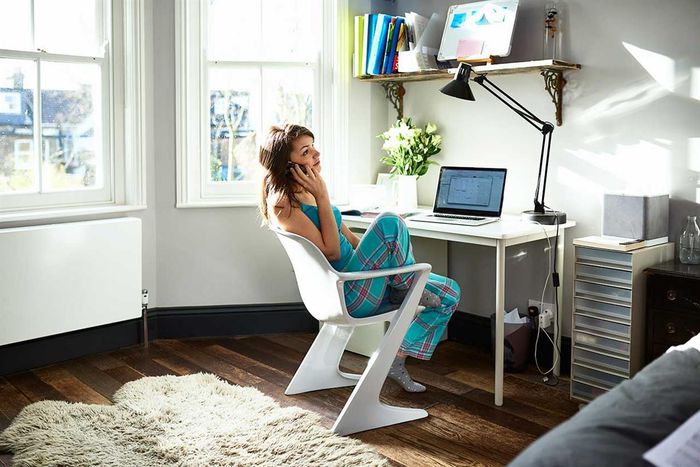 Months of working from home make most residents stick with T-shirts and pajamas rather than polite and sophisticated outfits. Photo: Getty. “Now, I have to get up early to do my hair, do my makeup, choose my accessories and choose my clothes every morning or before I go out. Everything has to be in place,” Burton said. She revealed that she once went to work wearing a hoodie and tights because she was just going to drop by for a few documents. However, she accidentally meets a few colleagues. “Luckily they didn’t realize because I was wearing a hat, a mask. I didn’t want them to see me in that condition at all,” she said. Panic because there’s nothing to wear Everett Sotelo, a 26-year-old software engineer from the city of Phoenix (Arizona, USA), also fell into a similar situation. To prepare for a wedding in Pennsylvania, he tried on a series of suits in his closet and still couldn’t fit. “All the shirts were full and I gradually realized that this is not okay, the same with casual pants. I have never been through this and only 30 hours before the flight takes off,” he said. tell. Therefore, Sotelo had to rush to the store to buy a new suit that same night. The suit he chose was not very comfortable, but at least it fit. 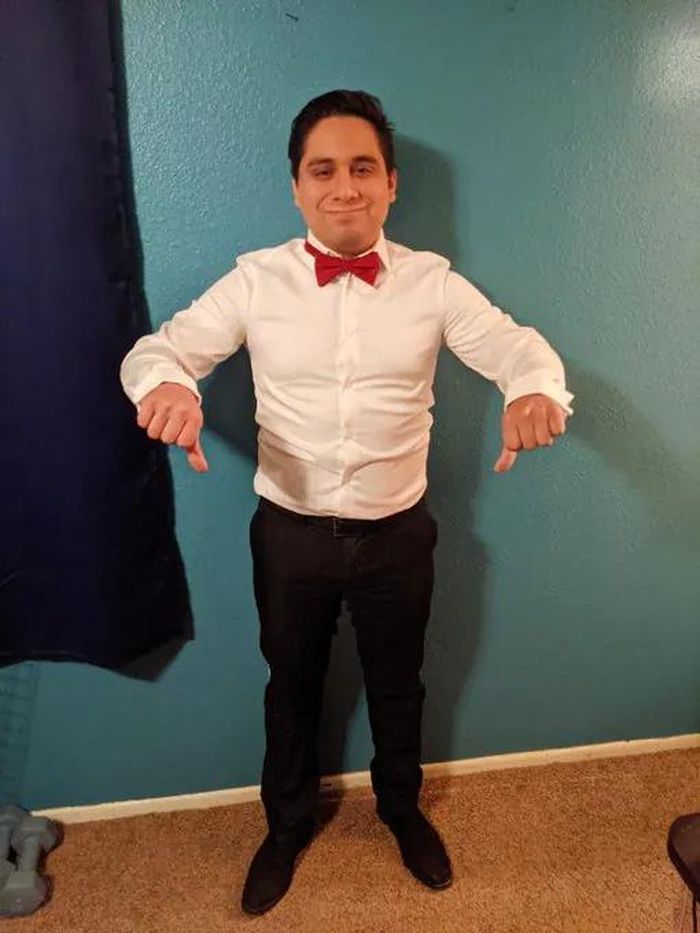 Sotelo said that although he was not satisfied with the new suit, he secretly felt lucky because “at least it fits people”. Photo: The Washington Post/Everett Sotelo. In a February poll conducted by Axious-Ipsos, 32% of Americans said they had gained weight in the past few weeks. This rate is higher than in August 2020. Musa Tarig, head of marketing for the GoFundMe website, also had trouble choosing work clothes for the same reason. Last month, the 38-year-old traveled from San Francisco to San Diego to meet team members in person for the first time. “At that point, I realized I wasn’t wearing the right shirts anymore, I was left with wrinkled or dark colors. I panicked because I had nothing to wear and this caused me to go back The office is more stressful than I thought,” he said. Personal stylist Rothman asserts that many clients don’t even know what they plan to do in the near future. What they are most interested in at this point is the process of preparing to “slap” their appearance before really returning to the old lifestyle. “I often advise clients that they need to plan specifically for the next 6 weeks to get in shape and shop for the right clothes. I don’t encourage them to worry about the fall-winter fashion trends. This is a transition period and we have to start all over again,” Rothman said.