Home Science Animals possessing the strangest fur in the world

The bushy-haired cow, also known as the Scottish highland cow, is an indigenous breed of cattle 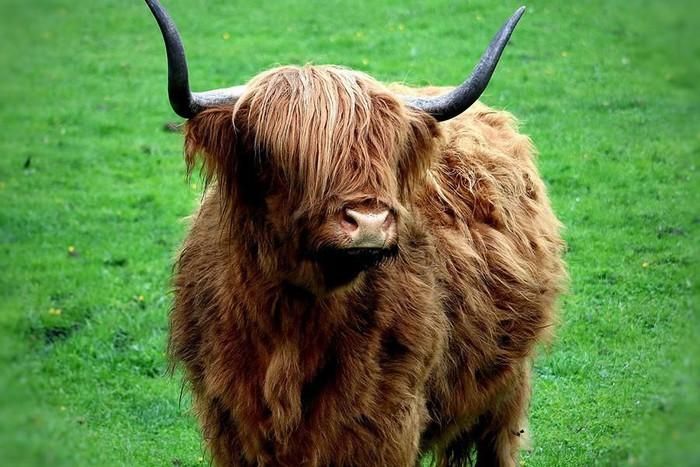 Scottish highland cows are impressed by their long horns and dense fur, especially on the forehead. This cow’s “hair” is considered to be the longest of any cattle breed and helps protect it during cold winters. 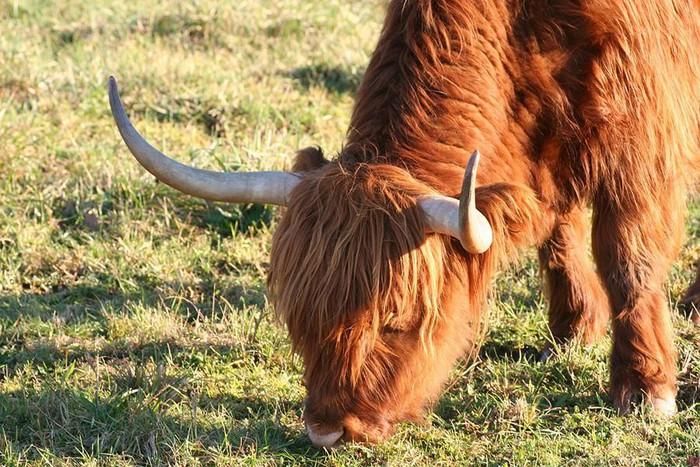 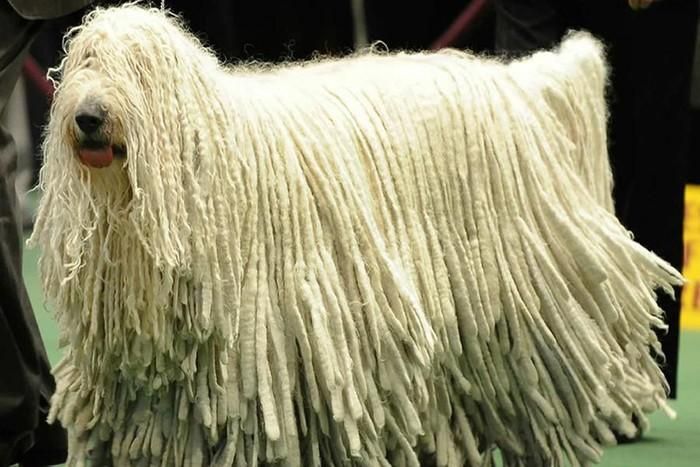 The Komondor, also known as the rag dog, is a long-standing traditional dog breed, a national treasure of Hungary. This breed has a twisted white coat. Komondor’s fur can be from 20 – 27cm long with a total weight of about 30 kg 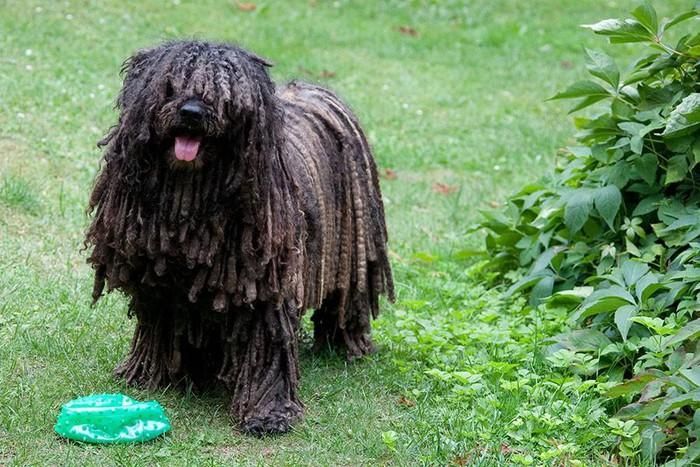 The Komondor’s fur is soft and silky, but due to its natural curls, it tends to curl itself into small tufts like a rag. Therefore, each bath, this dog will take more than 2 days for the coat to be completely dry 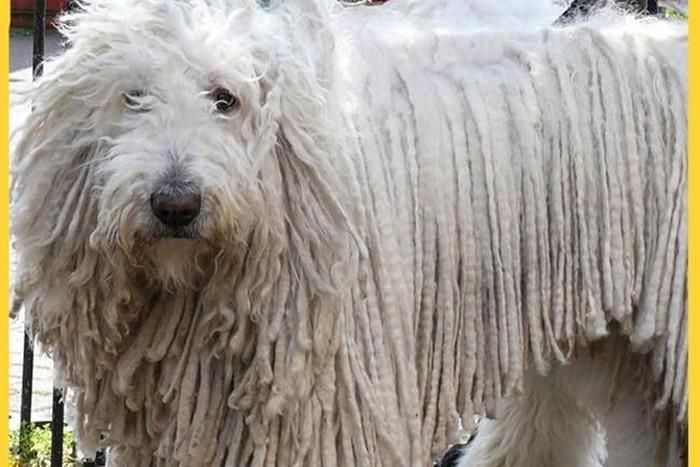 In addition to the “terrible” fur, Komondor also possesses extraordinary health, agility and flexibility. People often keep rag dogs to protect the sheep from the attack of wolves or bears 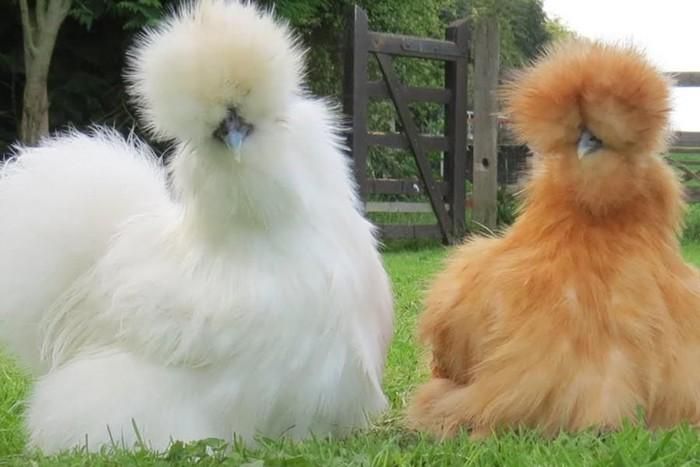 Silkie chicken is one of the most popular ornamental chicken breeds today. Originating from China, Silkie chickens were brought to Europe about 200 years ago. They are referred to by zoologists as a cross between a chicken and a rabbit 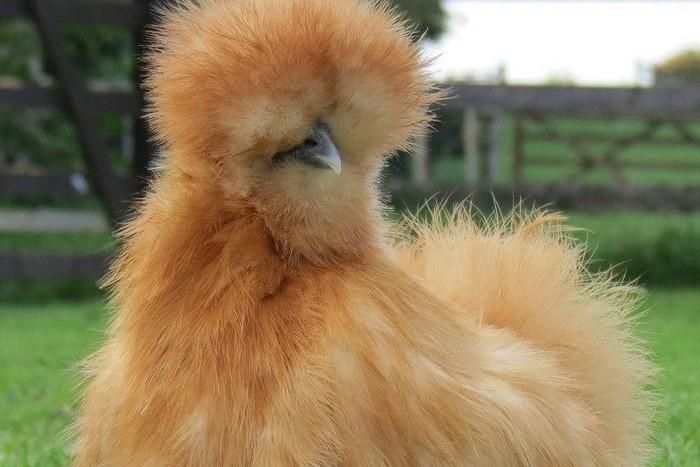 Silkie chicken has an extremely lovely appearance with fluffy fur like a Japanese dog. This plumage covers the bodies of Silkie chickens and only their faces can be seen. With this characteristic ruffled feathers, Silkie chickens can live in places with harsh climates 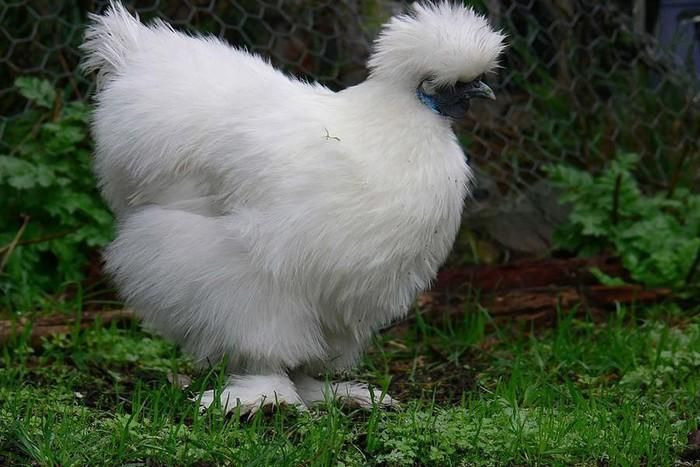 Silkie chickens have a lifespan of about nine years. This is also an easy animal to keep. Their main food is green vegetables, rice, and rice 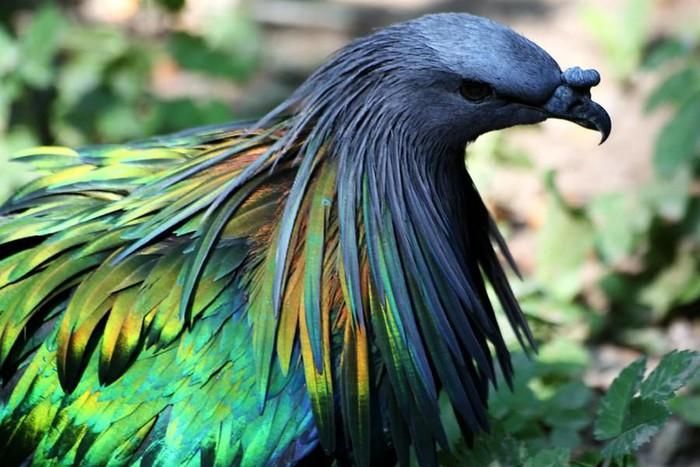 This colorful peacock-like Nicobar pigeon is found on the small islands and coasts of the Nicobar Islands, the eastern Malay Archipelago, and both the Solomons and Palau. 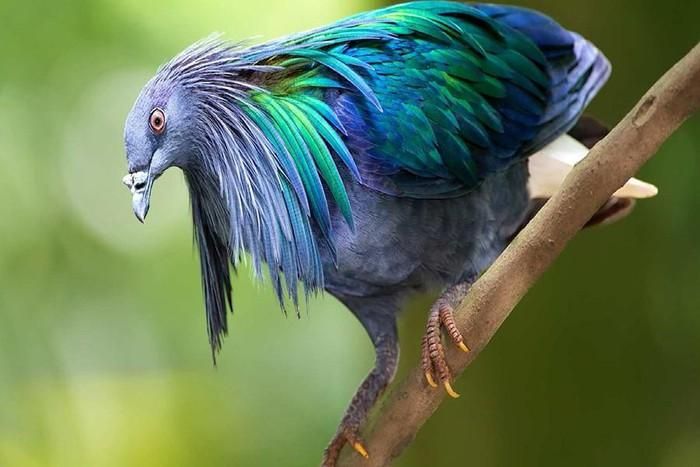 The head of the Nicobar pigeon is bluish-gray, similar to the upper neck feathers. The tail is very short, pure white. The rest of the coat has an iridescent green color alternating with vibrant colors such as pink, purple pink, orange, green, emerald green… With this special appearance, Nicobar is dubbed the The species that possesses the most beautiful plumage in the bird world 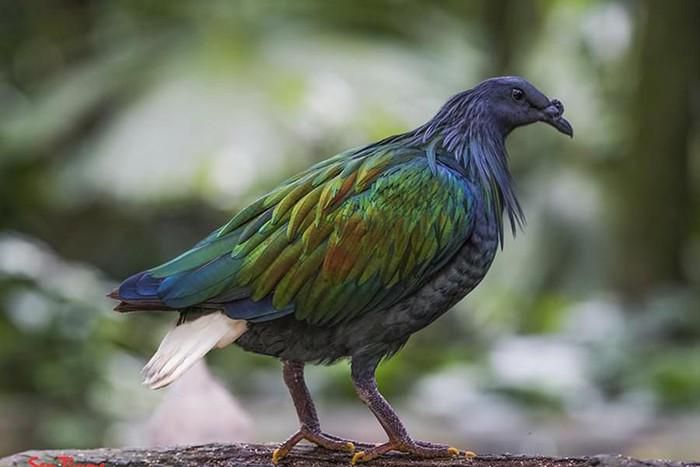 According to the explanation of scientists, the reason why Nicobar pigeons have more vibrant colors than ordinary pigeons is due to the geographical location where they live mainly. Living in a small archipelago, where there are not many natural enemies, Nicobar pigeons can comfortably wear eye-catching costumes without fear of being detected. 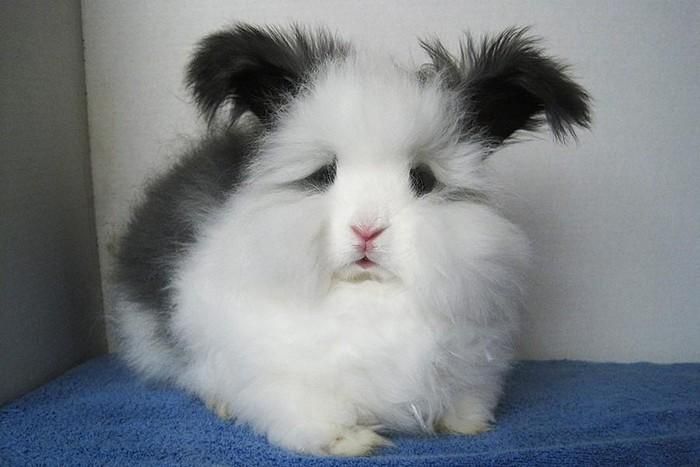 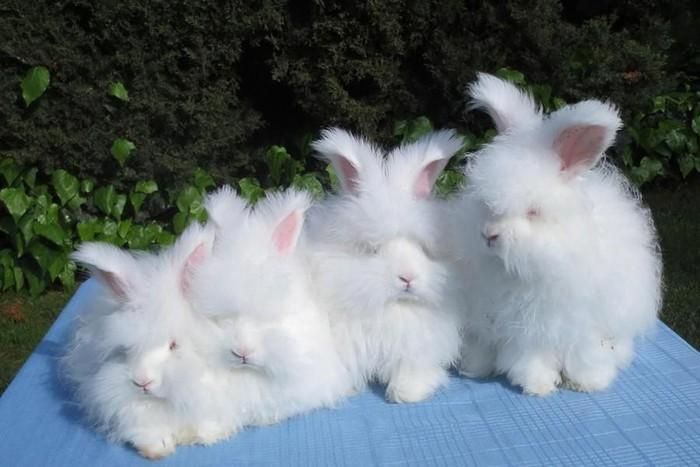 Angora has a round body like a ball, weighing 2-3,4kg. Species out, this rabbit species has a very prominent feature, which is long and soft fur, covering both the face, legs, and the top and ears. With such a lovely appearance, Angora rabbits are also compared to “jumping cotton balls”. 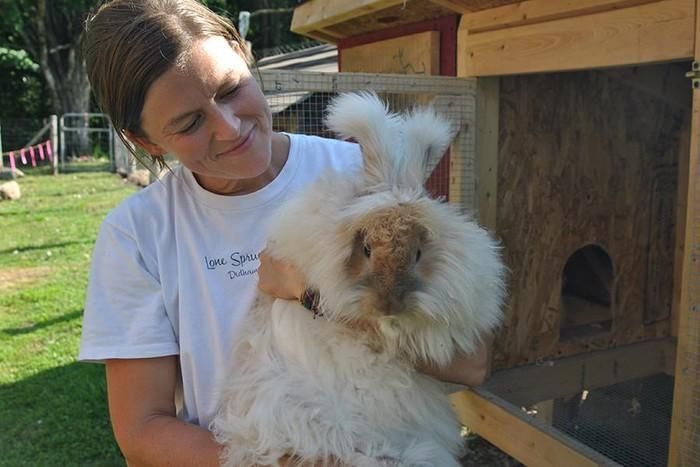 Angora rabbit’s fur can be about 2.5cm long each month. The fur of the Angora rabbit is used to make a wool called Angora. This wool is soft, smooth, thin and cottony but not strong enough 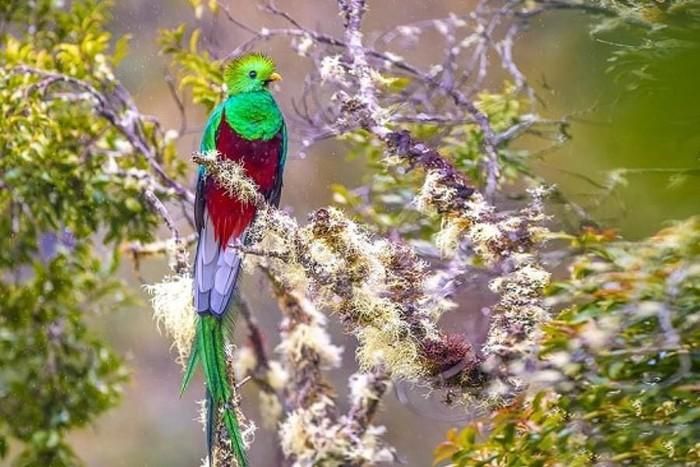 The seo-tailed bird (scientific name Pharamachrus mocinno) is one of the most beautiful birds in the world. They usually live in the mountains and rainforests of Central America. Favorite foods are fruits, insects, lizards and other small creatures 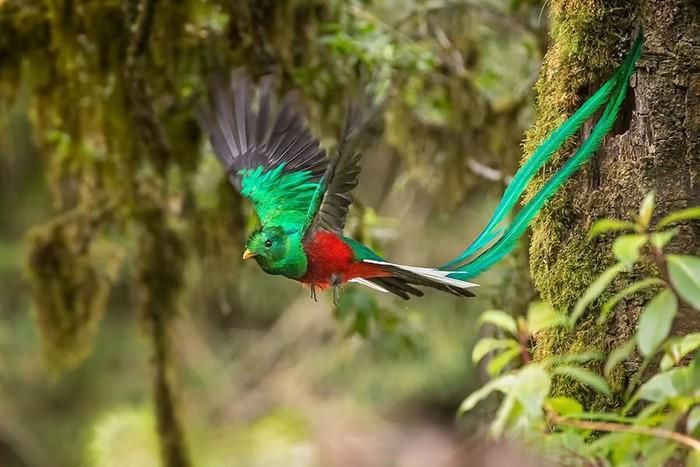 During the mating season, the male bird is adorned with two tail feathers up to 1m long and colorful plumage. Unlike males, females do not have long tails and are less vibrant in color 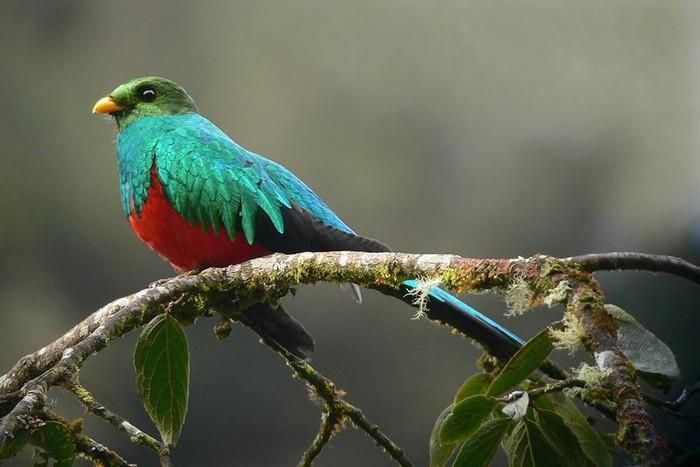 The seo-tailed bird is afraid of confinement. They would rather take their own lives than be kept in cages or chains. Thus, they became the symbol of Guatemala, a country in Central America and also embodied a mighty god in ancient Mayan mythology. 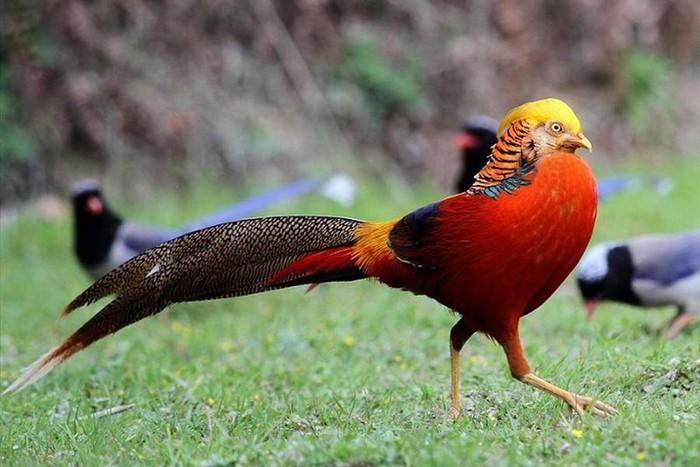 The golden pheasant has the scientific name of Chrysolophus pictus. They are native to China but are also found in the dense forests of England, Scotland, Spain and France. 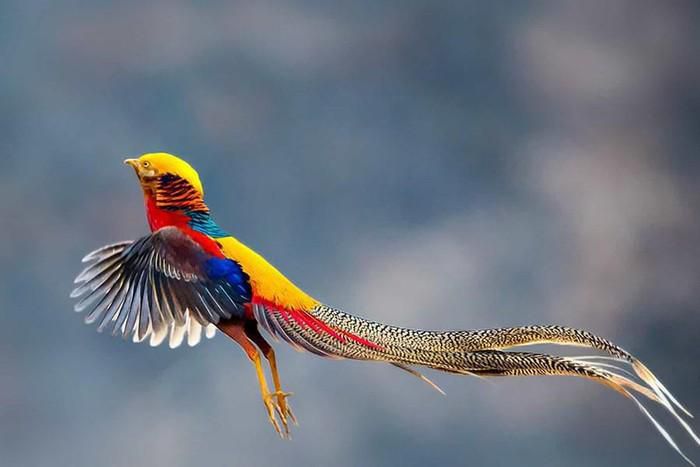 Yellow pheasant is one of the most brilliantly plumage species in the bird family with its brilliant yellow “hair”, combined with its distinctive bright red and green colors. In particular, the male birds own an impressive 90-105cm long tail, accounting for about 2/3 of the body length. 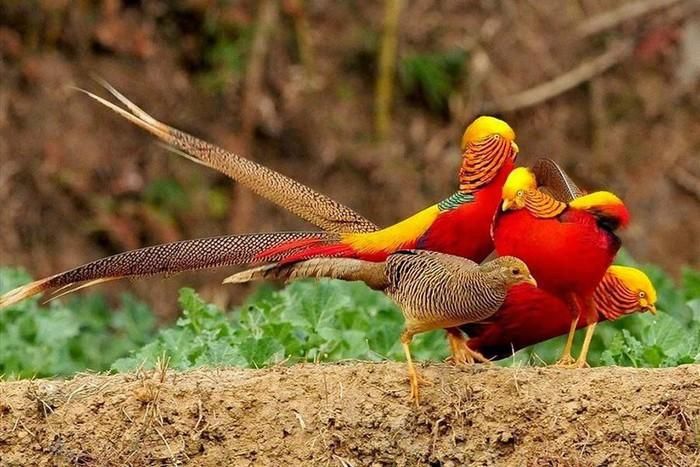 Yellow pheasants rarely fly and usually spend most of their time on the ground foraging for food such as fruit, seeds and insects. Yellow hemorrhoids symbolize luck and prosperity 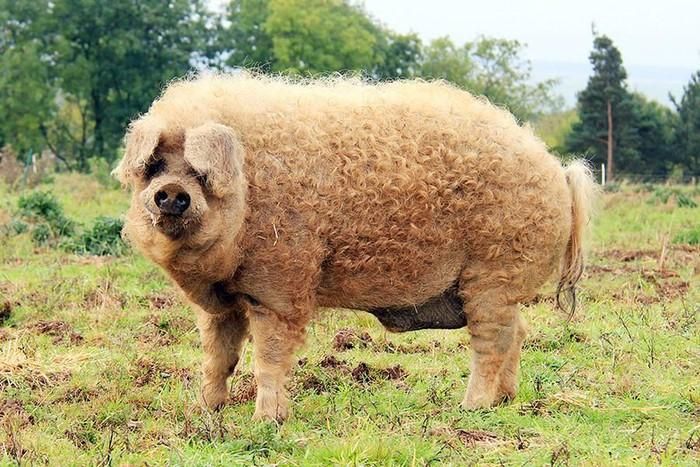 Mangalitsa or Mangalica is a rare breed of pig that originated in Hungary. A special feature of this pig is the thick, long, shaggy coat that covers the whole body like sheep’s wool. The Mangalitsa pig breed has many different coat colors such as yellow, light yellow or red… 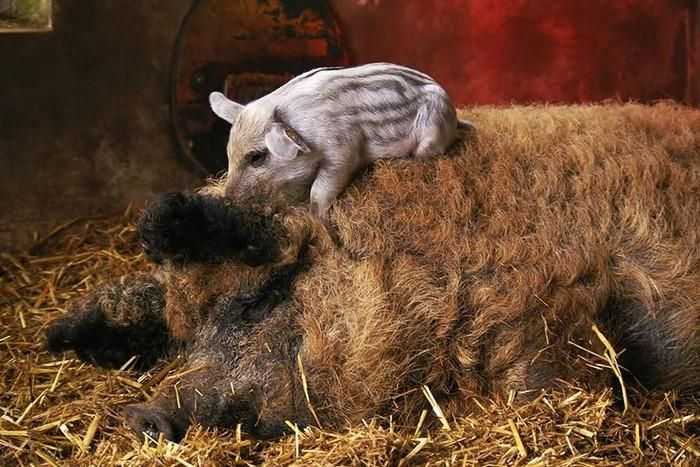 Mangalitsa pigs do not require special care, their main food is wheat, corn, barley, grass… Mangalitsa pork is considered one of the best meat in the world. 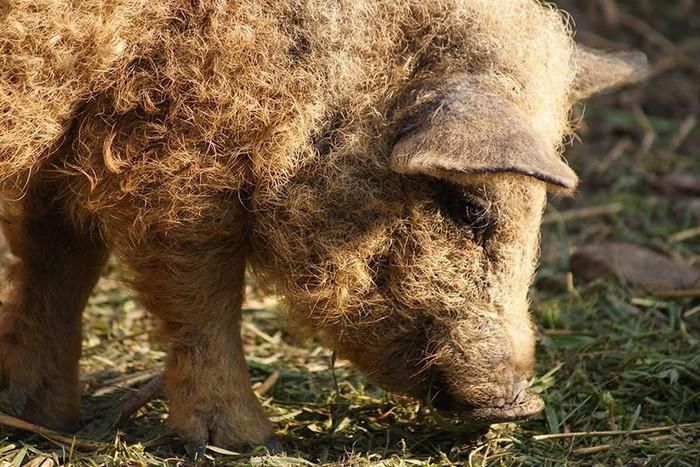 Compared to other pigs, the Mangalitsa pig possesses superior intelligence. Therefore, they are famous as pigs with cute looks like sheep and smart like dogs

Do not be careless with the marine environment!

Song Anh - April 16, 2021 0
'Virtual photography' has long been a popular trend among young people. However, if the virtual life is offensive, leaving consequences for the natural environment...