Home Travel Da Nang – The most livable city in Vietnam

Da Nang – this place is gradually becoming the bright spot of the country in the field of tourism, attracting millions of visitors every year because of its youthful, civilized, and modern appearance. Each person has their own feelings, but Da Nang is a city worth living in is an affirmation, a tourist brand is also the most impressive point when it comes to Da Nang.
Along with names that are not inferior such as Da Lat, Nha Trang, and Ho Chi Minh City. In Ho Chi Minh City, each place has its own outstanding strengths and attractions, Da Nang is in the top 10 most livable cities in Vietnam and not only has risen to the top. Because Da Nang converges the factors that attract both domestic and foreign tourists to explore and feel and there is one thing in common that most tourists are attached to want to choose this place as a residence, forever do not want to return. They were conquered by the charming beauty of Da Nang, the relaxed atmosphere not too busy, the idyllic life, but no less modern. Especially famous landmarks and unique cuisine of the Central region. 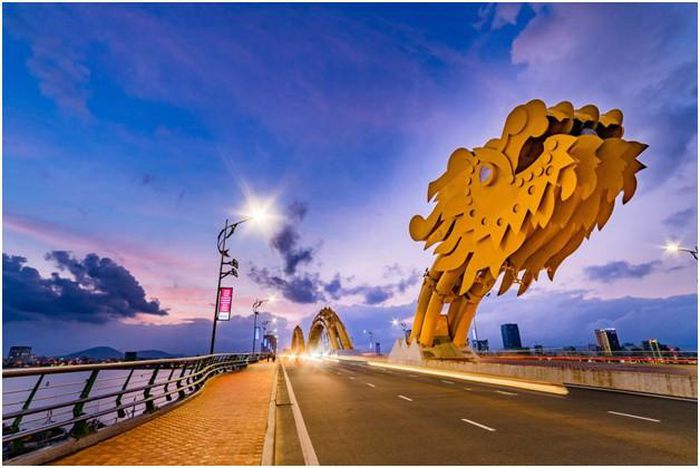 Da Nang – safe and hospitable destination đến Currently, the world in general and Vietnam in particular have been actively taking measures to prevent the epidemic as well as implementing effective solutions to enhance the image and brand of the country, region and position. position of the region. For Da Nang, the government is working every day to ensure that the city is always a safe locality for people, a reliable and attractive destination for tourists. The first step to Da Nang, besides disease prevention measures such as giving free masks and antiseptic solutions at all hotels – restaurants – attractions – international airports or any other location. at any public point, visitors will still feel the friendly and hospitable atmosphere of the city people; receive dedicated and attentive guidance from the Visitor Center and tour service staff; enjoy rustic specialties but no less bold regional identity right on the street or be introduced to the destination of Da Nang by friendly and funny Da Nang tourist cyclos. Da Nang is probably the first locality in the country to receive a certificate of merit from the Prime Minister for its outstanding achievements in the prevention and control of the Covid-19 epidemic. Few people know, behind that certificate of merit, is a journey of nearly 2 years, the government and people of Da Nang are resilient against the epidemic, with unprecedented drastic and creative decisions. 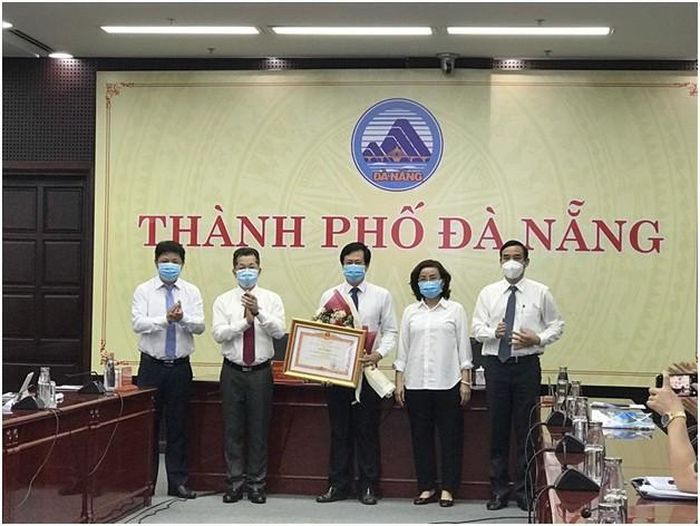 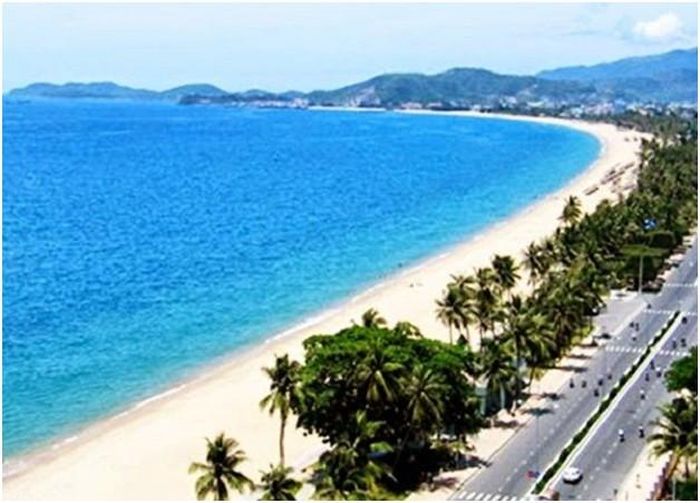 Active, calm and creative, Da Nang has been showing the spirit of “total attack” rather than letting itself be passive in the fight against the epidemic. Da Nang people are friendly and sincere The impression of tourists near and far not only stops at the beautiful scenery of Da Nang but also because of the friendly people here. No matter how developed Da Nang city, possessing modern architectural works, strangely, the Da Nang people’s personality is only one, unchanged, the people who are patient, hard working, radiant face, A friendly smile, exuding a genuine, gentle but straightforward look. Especially the voice is unmistakable, at first listening once or twice many people can’t understand what they are saying, but after listening to it a lot, it is extremely interesting and attracted by the voice of Da. The people here don’t care who you are, where you come from, what job you do, … but you will all receive help if needed, friendly attitude, enthusiasm, thoughtfulness, openness, their lovable, strangely lovable to first-time visitors. Da Nang people are friendly not only by their looks but also by their civilized and enthusiastic behavior. Looking to the shops and markets, you will not need to worry about the situation of “screaming prices” with tourists. Like the locals, visitors also enjoy delicious food, attentive service with reasonable prices, listed. The situation of “cutting and slashing” prices in Da Nang, if discovered, will be handled very seriously, so it is also possible to limit this situation to keep the friendliness and make tourists feel secure when traveling in Da Nang. For example, about civility and politeness, Da Nang people have left good impressions of the friendliness, hospitality and willingness to cooperate of everyone from babies to old people, from truckers to policemen. traffic with tourists. A friend in a northern province, coming to Da Nang for the first time, exclaimed: “Da Nang people are so friendly and cute!”. He said, simply asking for directions, anyone will give very dedicated and detailed instructions, which is not always convenient in other big cities. Da Nang has long been loved by many tourists for its beautiful tourist destination, with a diverse system of Danang hotels with good service standards, and at the same time a hospitable city. Da Nang people also leave many beautiful impressions in the hearts of tourists near and far. City of new buildings Da Nang always knows how to renew itself and create a certain “fever”. This city always has new and interesting works that make people want to come and explore. Some year, Da Nang built Ba Na – a modern and comfortable resort. Next is the majestic Dragon Bridge and then the Sun Wheel …… The image of a carp turning into a dragon of nearly 200 tons was installed on the east bank of the Han River, making many people excited to come and admire. After this statue, a “love pier” was also built on the banks of the Han River. The heart bridge with cute little locks with the meaning of love has become a romantic destination for couples in love. In particular, in Vietnam, this is the first love bridge built.

The Prime Minister signed Decision No. 359 approving the adjustment of the general planning of Da Nang City to 2030, with a vision to 2045 with the goal of building Da Nang into one of the socio-economic centers. large association of the whole country and Southeast Asia. Accordingly, Da Nang will play the role of a center for startups, innovation, tourism, commerce, finance, logistics, high-tech industry, information technology, supporting industries; is one of the centers of culture – sport, education – training, high quality healthcare, science – technology development of the country; Center for organizing regional and international events. According to the decision, Da Nang is planned to be a seaport city, an international coastal city with the position as the nucleus of the urban chain and the growth pole of the key economic region of the Central – Central Highlands; become an ecological, modern and smart city, a livable city; national defense, security and sovereignty of the sea and islands are firmly guaranteed. The population size is forecasted to be about 1.79 million people by 2030, about 2.56 million people in 2045, the urban construction land area will reach about 31,836 hectares in 2030 (accounting for about 32.31% of the land area. on land) and reach about 35,054 ha by 2045 (accounting for about 35.57% of land area). Da Nang always brings people new and meaningful things. This is one of the reasons why people think that Da Nang is the most livable city in Vietnam. Da Nang – The tourist center of Asia It is forecasted that in the period of 2020-2025, the city will have 20,000 more rooms, bringing the total number of rooms in the whole city to 60,000 rooms… World-famous hotel management groups such as: IHG (Intercontinental, Crowne, etc.) ), Accor (Novotel, Pullman, Mercure), Hyatt, Marriott, Hilton… were all present, contributing to changing the face of the city. According to Google announced the list of 10 cities leading the world tourism trend in 2020, in which Da Nang (Vietnam) ranks first. Commenting on the announcement, Google rated Da Nang as a particularly attractive destination for international tourists. 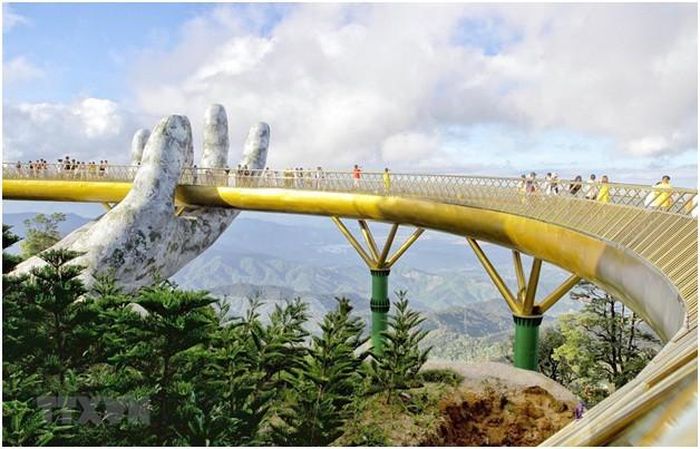 Golden Bridge – Ba Na Hills tourist area is a destination chosen by many international tourists. With a special location located in the center of many tourist attractions of Vietnam such as Hoi An ancient town, Hue ancient capital, My Son holy land… along one of the most beautiful beaches in the world. Along with Son Tra peninsula as a precious gem bestowed by nature, Da Nang is always considered as one of the most attractive tourist destinations in the eyes of international tourists when coming to Vietnam. And in the top 10 most popular destinations for international tourists in 2020, based on global hotel search data published by Google, Da Nang has surpassed famous tourist cities such as: Sao Paulo (Brazil) or Seoul (Korea) and Tokyo (Japan) to become the most favorite tourist city in the world”, Google assessed. Therefore, this place is always attractive to international tourists, in which Korea and China are the two leading international tourist markets today and account for > 50% in the past 5 years in Da Nang. Since 2013, the Korean tourist market has experienced a breakthrough growth with the number of visitors doubling year by year and increasing 30 times from 55,000 arrivals (in 2013) to more than 1,600,000 arrivals (in 2018), surpassing China. To become the leading country in terms of visitors to Da Nang. The outbreak of the Korean market has confirmed the important role of connecting flights and the level of concentrated and intensive promotion of new destinations by Korean airlines and travel agencies. 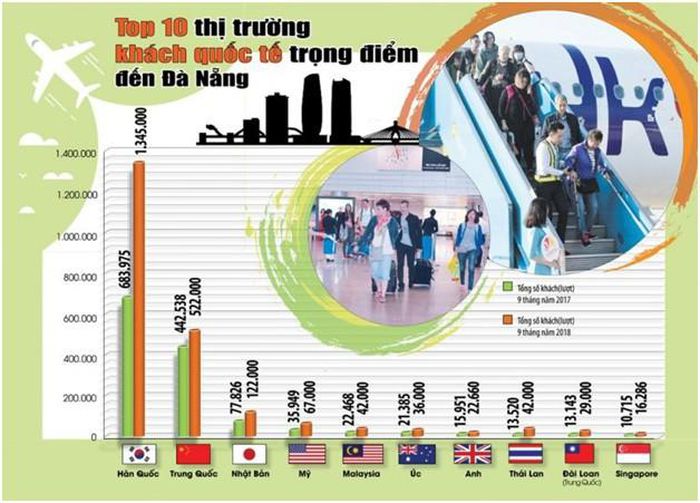 Danang Department of Tourism It can be said that this is one of the good signs of Da Nang’s tourism industry and shows that tourism is really the spearhead economic sector of the city; gradually turning Da Nang into an international tourism center, a worthy destination for tourists.

Binh Dinh: Discover the small, modest sea as beautiful as a...

Mai Khánh Hương - May 23, 2021 0
Not a famous sea you often see in glitter advertising clips, Bai Xep is a humble little sea but the beauty of nature here...