The 11 districts of Guangzhou were successfully unblocked. Residents walked out of the complex in an orderly manner, singing and dancing, tapping their jobs to celebrate

The Guangzhou epidemic continues to arouse public attention. According to a report from the Guangzhou Health Commission, between 0:00 and 24:00 on June 14th, there was still one new domestic confirmed case in Guangzhou. The 2021 high school entrance examination, which was supposed to be held from June 20 to 22, was also postponed to July. When this round of epidemic can be extinguished has become a major focus of people’s attention. On June 14, Guangzhou officials also announced the unblocking of some areas. The level and classification control implemented on June 5 was announced to be lowered after 9 days. Some residents of the unblocking community told the Red Star News reporter that the news of the unblocking community came. The residents of the community spontaneously sang “My Motherland and Me”, and the singing echoed in the community for nearly an hour… Does this mean that the Guangzhou epidemic has been brought under control? Fu Hua, a professor at the School of Public Health at Fudan University in Shanghai, believes that unblocking is a comprehensive consideration of multiple reasons. The current signal is that the epidemic has entered a downward channel, but it is too early to draw a conclusion when it will be cleared. Unblock! 11 closed areas of Guangzhou 5 district reopened their doors On June 14, the official website of the Guangzhou Municipal People’s Government issued the “Notice of the Guangzhou New Coronavirus Pneumonia Epidemic Prevention and Control Headquarters on Adjusting Classification and Classification Prevention and Control Measures (No. 20)” (hereinafter referred to as the “Notice”), which stated: According to the principle of classification and batch, the closed and closed management areas shall be unsealed in an orderly manner. 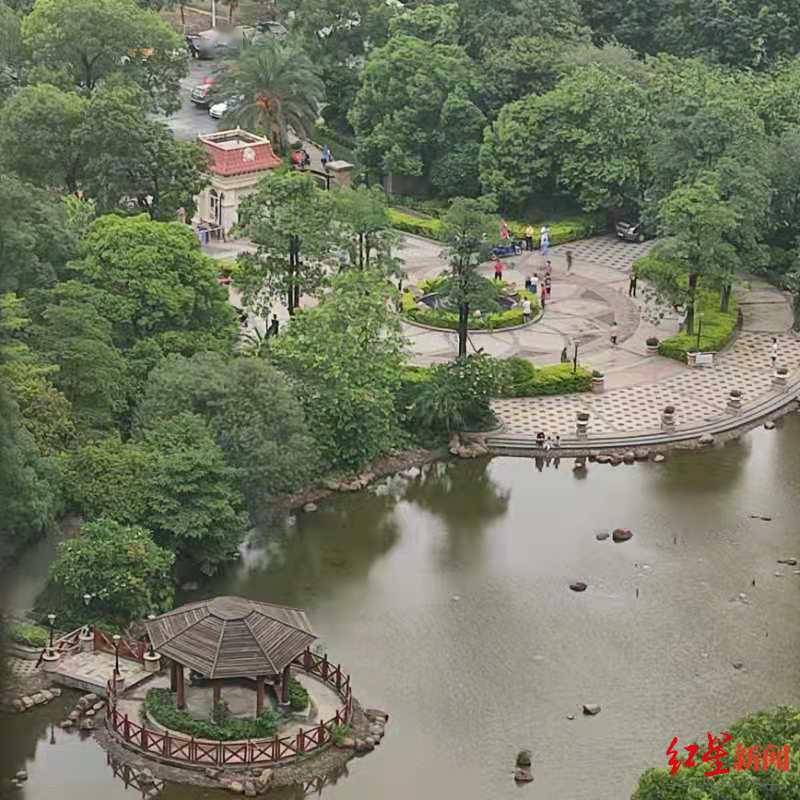 From June 5, Guangzhou began to implement hierarchical and classified management and control, and closed management of neighborhoods and streets, and today it has been nine days since the isolation was lifted. Of course, unblocking is not unconditional. The Guangzhou Epidemic Prevention and Control Headquarters Office has put forward four unblocking requirements: 1. In the control area, after various prevention and control measures are put in place, it has passed through more than three rounds of nucleic acid screening for all employees for 14 consecutive days. Check that there are no new infections, complete the nucleic acid test of all staff within 24 hours before unblocking, and the results are all negative; 2. All close contacts have been effectively controlled; 3. The “yellow code” personnel involved in key places in the control area shall press Regulations for nucleic acid testing and the results are all negative; 4. Environmental nucleic acid testing results are all negative. So far, a total of 11 closed areas in 5 communities have been lifted, including Haizhu, Tianhe, Baiyun, Huangpu, and Panyu. Specifically, they include: Nanzhou Mingyuan Community, Ruibao Street, Haizhu District (2: Building ABC, Other areas of the community), Zhonghai Oak Park Community, Shayuan Street (2: Building H1, Building H2, H3, H4), South Campus of Guangzhou Light Industry Advanced Technical School, located in the Wushan Campus of Guangzhou Automobile University in Tianhe District, Guangzhou Yijing Landscape Design Co., Ltd. (Zhujiang New Town), Guangzhou Environmental Protection Technology Co., Ltd. in Baiyun District, Guangzhou Baiyun Mountain Zhongyi Pharmaceutical Co., Ltd. in Huangpu District, East District of Jinxiu Peninsula, Luopu Street, Panyu District (2: 17 buildings, except closed Area outside the management area). Guangzhou community after unblocking: Hanging up thank you banners, residents sang “My Motherland and Me” spontaneously

“Suddenly I heard someone in the community shouting to unblock, and then look at the group’s unblocking notice has come out.” Ms. Wu, who lives in the east district of Jinxiu Peninsula, told the Red Star News reporter that she listened to it at about 1 p.m. on June 14 The voice of cheering sounded in the community, the voice of “unblocking” came from a distance, and the group also issued an unblocking notice for community management.

“I feel relaxed all at once.” Ms. Wu told the Red Star News reporter. After the community was unblocked, she had been standing by the window sill, watching the gate of the community that had been blocked for 17 days was slowly opened, and the community staff guarding the door also Evacuate one by one. “From the time the confirmed patient was found in the community to the release of the seal, the community has been quarantined for 17 days, so I am very happy today.”

“I am not the only one who is happy. Soon after the release of the seal, the residents of the community spontaneously sang songs.” Ms. Wu still remembered that less than ten minutes after the release of the seal, I heard someone in the community sing “My Motherland and Me”. “From the very low voice at first, more and more people join the chorus, including Ms. Wu’s parents. 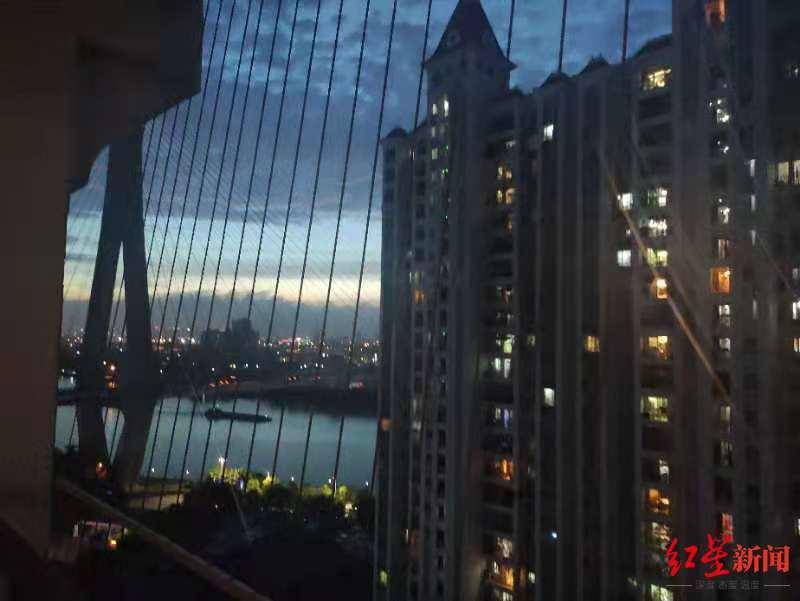 Even if there is no accompanying music, the singing is still very loud, Ms. Wu remembers. Subsequently, the residential community also spontaneously sang songs such as “Singing the Motherland”, and the singing lasted for nearly an hour. “Later, someone was singing intermittently, and the singing didn’t disappear until it rained at night.”

In addition to expressing the joy of unblocking with singing, Ms. Wu also told the Red Star News reporter that soon after the community was unblocked, residents dressed in red came to the community square to dance the square, when they saw people coming and going downstairs. Old man and child, she knows that the lively days of the past will soon reappear again.

During the 17 days when the community was closed, Ms. Wu received a total of 5 nucleic acid tests, but the most memorable one was the community workers who served the community. “I help residents buy vegetables every day, check their body temperature from house to house, and disinfect the whole community…” Ms. Wu said that in the hot Guangzhou, community staff can often be seen working in protective clothing, and they can also see through the protective cover. Sweat dripping. In order to express their gratitude, the residents of the community also hung banners of gratitude on the buildings of the community after the closure, and many people also spontaneously went to see off the community volunteers. 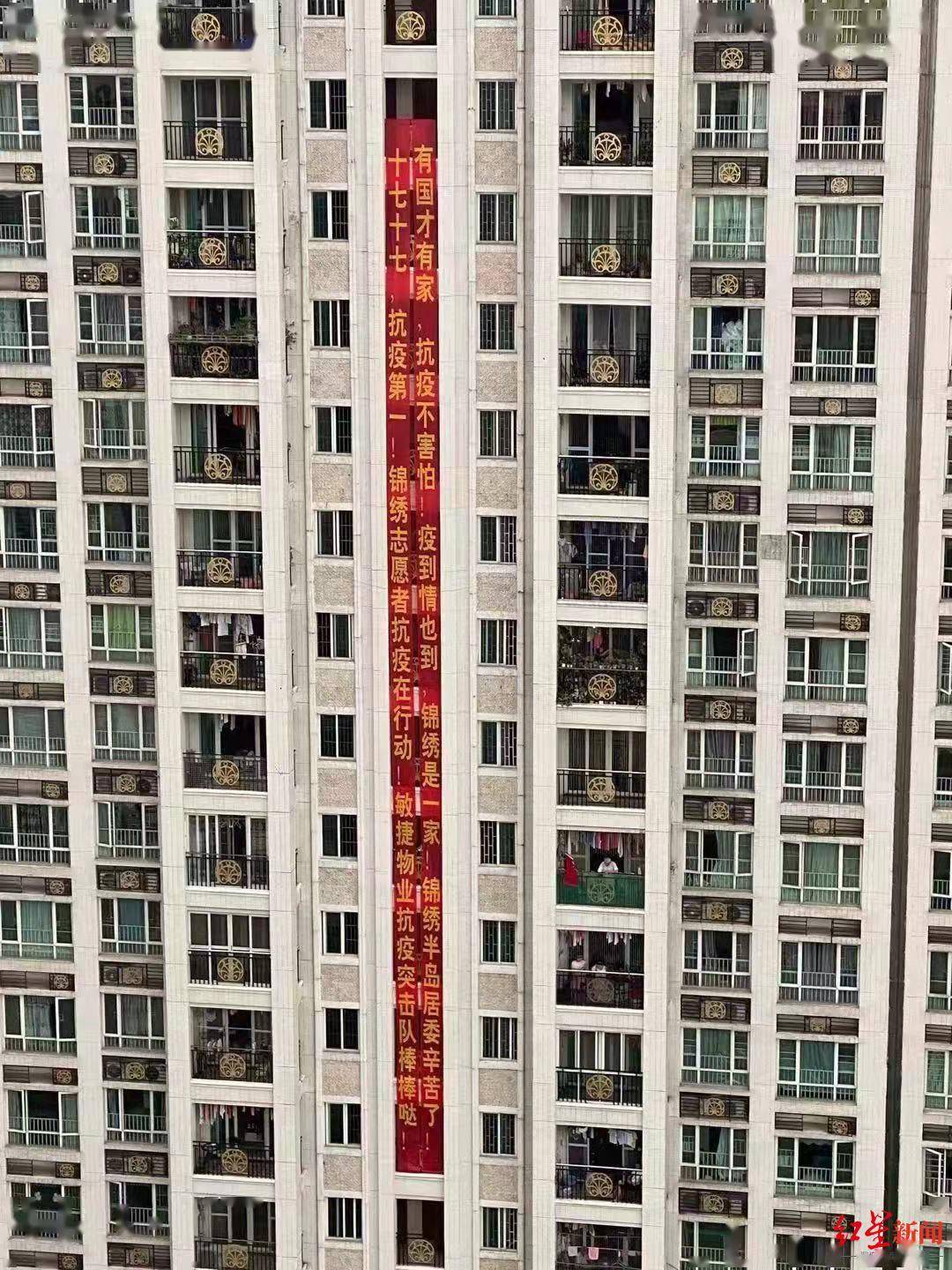 “Unblocked, life is back on track.” Ms. Wu, who just graduated from university this year, told Red Star News that because the epidemic was closed before, she was delayed in finding a job, but as the community is unblocked, she will also start a new life. , The first thing is to find the first job after graduation.

Will the Guangzhou epidemic be cleared on the 20th?

Expert: Unblock some areas to release the signal that the epidemic has entered the descending channel

The current round of the Guangzhou epidemic, which broke out on May 21, has been 24 days since today. Although some areas have now been unblocked, the number of new cases has not yet been cleared. According to a report from the Guangzhou Health Commission, between 0:00 and 24:00 on June 14th, there was one newly confirmed case in Guangzhou, but all cases were found in close contacts of previously confirmed patients.

When will this round of Guangzhou epidemic show a turning point? Professor Ma Wenjun, a member of the Expert Advisory Committee of the Guangdong Preventive Medicine Association, recently wrote an article on the WeChat public account of the Guangdong Preventive Medicine Association: “It is conservatively estimated that the scale of this epidemic should be within 180 cases. It will be cleared before June 20, and the duration will be one. About a month.”

Regarding the above statement, Fu Hua, a professor at the School of Public Health of Fudan University, believes: “Whether it can be completely cleared on the 20th requires more data and epidemiological investigation results to support it. It is too early to give it any time.” Fu Hua believes, When the epidemic has reached an inflection point, an important criterion is whether there will be a new chain of transmission, and whether there will be further infections on the existing chain of transmission. From the current point of view, it is not yet certain whether it will be completely cleared one day.

Fu Hua gave an affirmative answer to the argument that the epidemic has entered a downward path. He believes that at the moment, Guangzhou has unblocked some areas, releasing the trend of basically controlling the epidemic and entering a downward channel. “Although there are still new additions, the number of new additions is decreasing and the transmission chain has been blocked in time. Therefore, it can be judged that the Guangzhou epidemic is well controlled.”

Fu Hua believes that, on the whole, Guangzhou responded to the epidemic in a timely manner, and classified management and control were in place. Under the conditions of high population density and high population density in Guangzhou, the timely implementation of blockade management has played a very important role in containing the epidemic. In addition to the existing domestic prevention and control experience, it has also played an effective role in controlling the epidemic in Guangzhou.

As for the reasons why some areas can be unblocked, Fu Hua pointed out that this is based on a number of considerations. “The city still needs to develop. After a comprehensive assessment, the release of the low-risk areas will not have much impact.” He believes that the current unblocking is for safety reasons on the one hand, and on the other hand to ensure the restoration of urban operations. The residents’ work and life return to normal considerations.

Based on the rapid spread and short incubation period of the mutant virus spreading in this round of epidemics, Fu Hua pointed out that what is more important at the moment is that it is still necessary to strengthen management in areas that are still closed, and citizens in unblocked areas still need to protect themselves. “More importantly, vaccinations can build a wall of prevention and control.”

(Download Red Star News, there will be prizes for newspaper materials!)

What auras mean that there may be a problem with the...

editor - June 17, 2021 0
The liver is the largest solid organ in our body and the organ with the most complex functions. The liver "work" is very busy...