Made from more than 1,000 West Lake lotus flowers, after many times of marinating and drying, 1kg of premium tea is known as the “first-class tea” with a selling price of up to tens of millions of VND/kg. 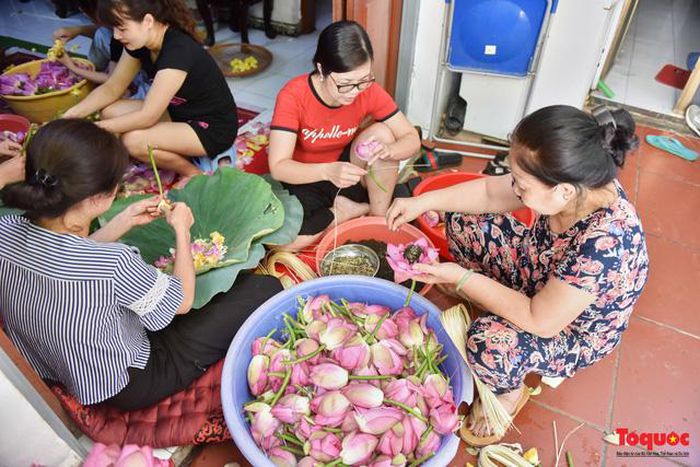 Every summer, when the lotus blooms, the family of Mrs. Nguyen Thi Dan in To Ngoc Van street (Tay Ho district, Hanoi) prepares to make traditional lotus tea. Her family has a tradition of more than 70 years in this work. 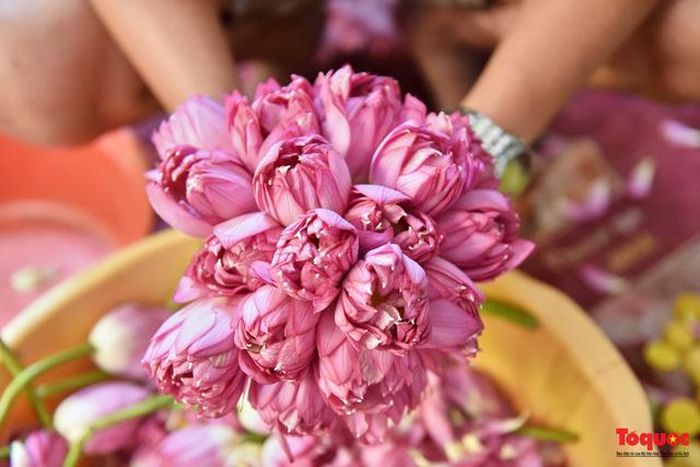 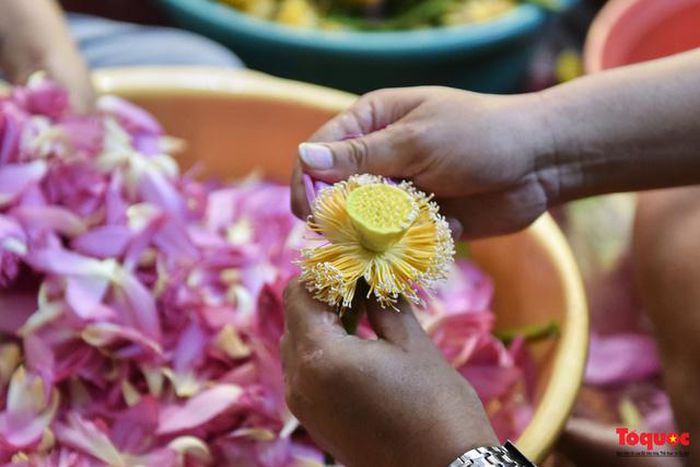 Then separate the stamens (also known as lotus rice) to marinate with the most special tea of ​​Thai Nguyen. Taking lotus rice is the most difficult stage, the artisan must be skillful with his eyes so that the rice is not crushed, keeping the characteristic aroma of lotus. 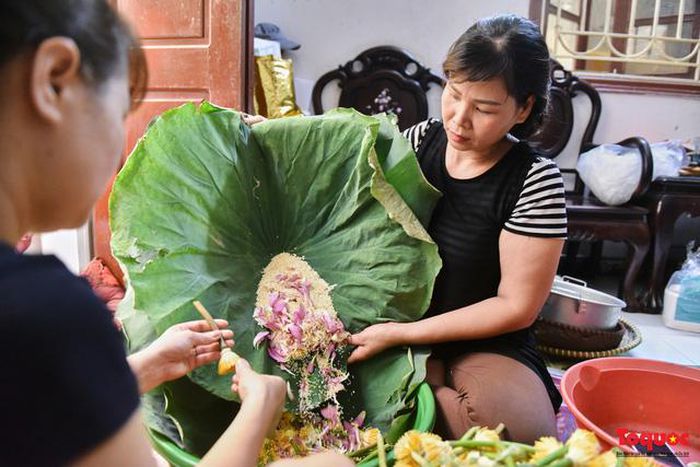 After mixing lotus rice with tea, people marinate it, then dry it and marinate it a second time. In order for the lotus flavor to penetrate deeply into each tea bud, the stages of marinating and drying are repeated up to 7 times. This is the reason why West Lake lotus tea is classified as the most expensive tea. Currently, the original lotus tea made from West Lake lotus costs about 10 million VND/kg. 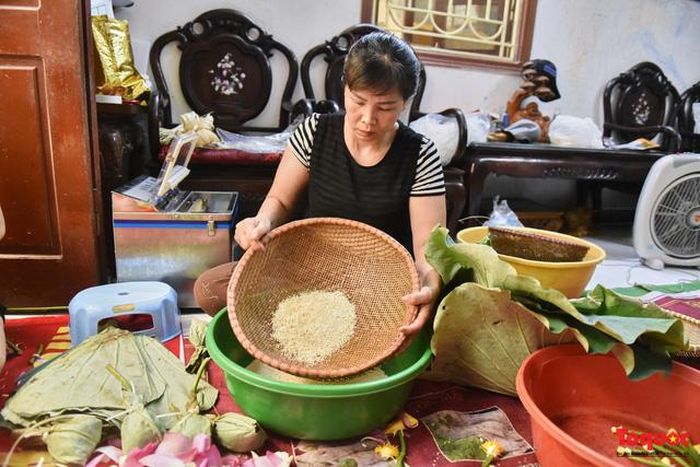 Ms. Nguyen Thi Thuy – Dan’s granddaughter-in-law shared, since coming back to be a bride, she was instructed by Mrs. Dan to make lotus tea in a very meticulous way, a feat, requiring very careful study, hard work, to produce special and premium lotus tea products. 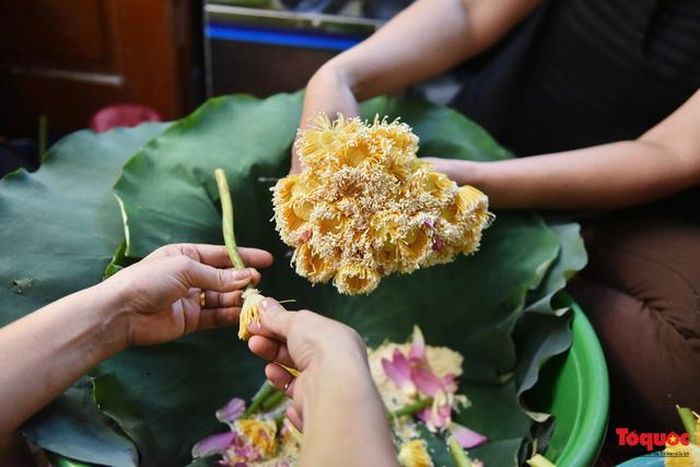 Each kilogram of tea requires 2 ounces of lotus rice from about 1,000 lotus flowers to marinate. 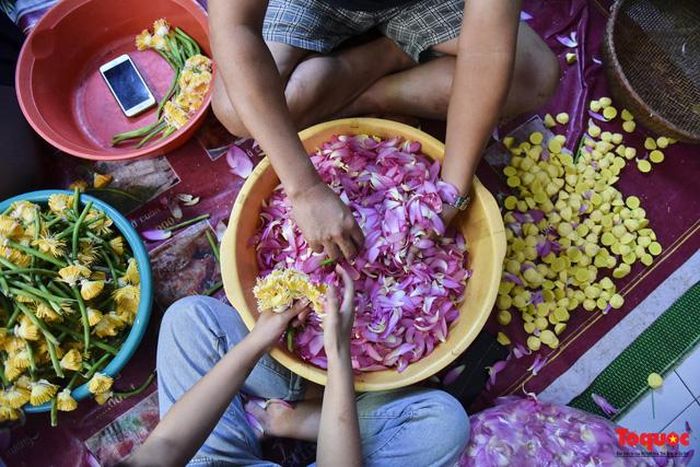 There is no other type of lotus that makes tea as delicious as the West Lake lotus. Only the lotus flowers picked from West Lake can produce such a gentle but deep aroma. 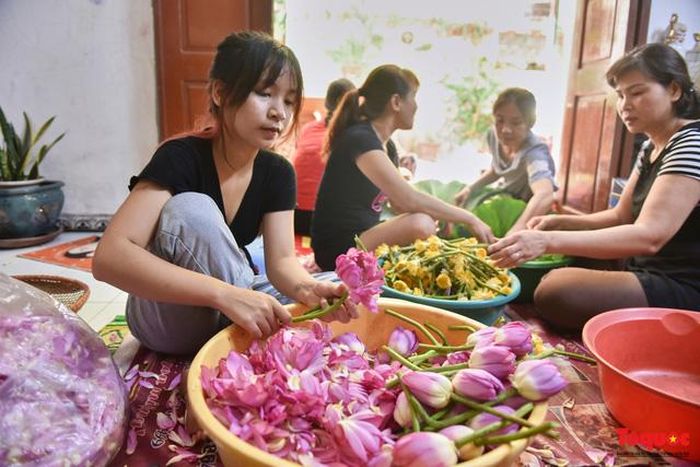 However, the lotus area in West Lake is not much, so Dan’s family had to order separately in other places many months ago. In order to have enough lotus to use to marinate tea, Ms. Dan’s family can only make about 5-6kg of this special lotus tea each season because of its sophistication, and only for regular customers. 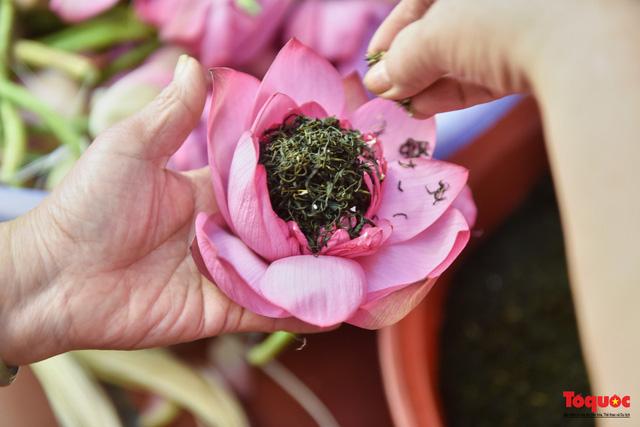 In addition to the premium tea priced at tens of millions of dollars, in recent years, people living around the West Lake area also make “steamed tea”, which is a type of tea that is marinated directly in fresh lotus flowers. The way to make this tea is quite simple, put a small handful of tea in a newly blooming lotus, then tie it, continue to put the lotus flower in water for 2 days, then put it in the refrigerator for 1 day and then wrap the leaves. lotus leaves in the freezer for later use. 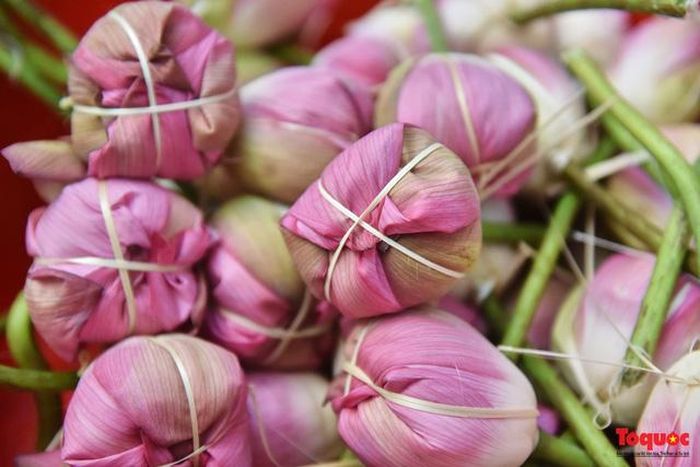 The advantage of this tea is that it has a reasonable price, you only need to spend from 30,000 – 50,000 VND to get a lotus marinated in tea, when making tea, you still feel the fragrant West Lake lotus flavor every time. Bring the cup of tea to your mouth. 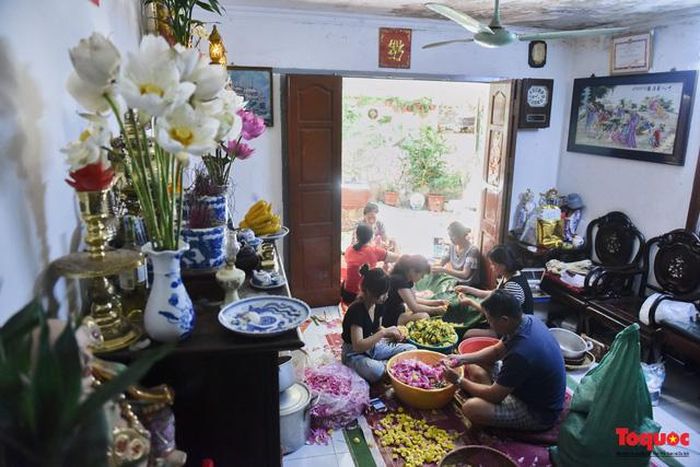 For Quang An people, making tea is not necessarily for a living, but they want to preserve a subtle culture of Hanoi people.

The special pho shop that has not been able to find...

Rachel Phạm (Tổng hợp) - May 13, 2021 0
Chieu old beef noodle soup in Hang Dong street is the only restaurant that people come to enjoy and never find a piece of...