Kim Kardashian caused a storm on social networks when posting a series of photos showing off her ‘fiery’ bust on Instagram.
Recently, Kim Kardashian posted a series of super sexy photos on Instagram. In the photo, the reality star shows off her “fiery” curves in a green suit, with fancy makeup, with a short caption: “Lucky”. 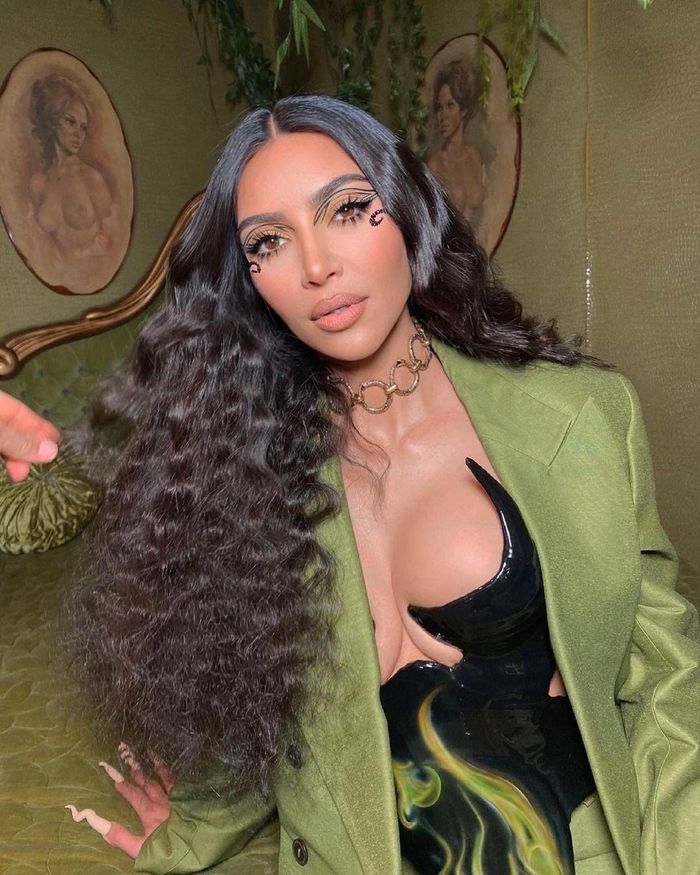 New photos of Kim after divorce. Specifically, Kim wears a fancy corset shirt in Luis De Javier’s Spring/Summer 2021 collection. The body-tight shirt, with a bold cropped design at the chest and blue flame detail at the bottom of the shirt, helps the beauty show off most of her “big” bust as well as her slim second round. However, because it is made of PVC material, the shirt feels uncomfortable and stiff. In addition, Kim teamed up with a green long suit by Jean Paul Gaultier and “ton-sur-ton” heels by Christian Louboutin. Make-up was done by Ash K. Holm, focusing on 60s-inspired eyes. Chris Appleton styled her shoulder-length curly hair. All create an overall that is both hot, elegant and a bit mysterious and strange. The series of photos quickly took the online community by storm, attracting more than 3.1 million “hearts” in just 15 hours. 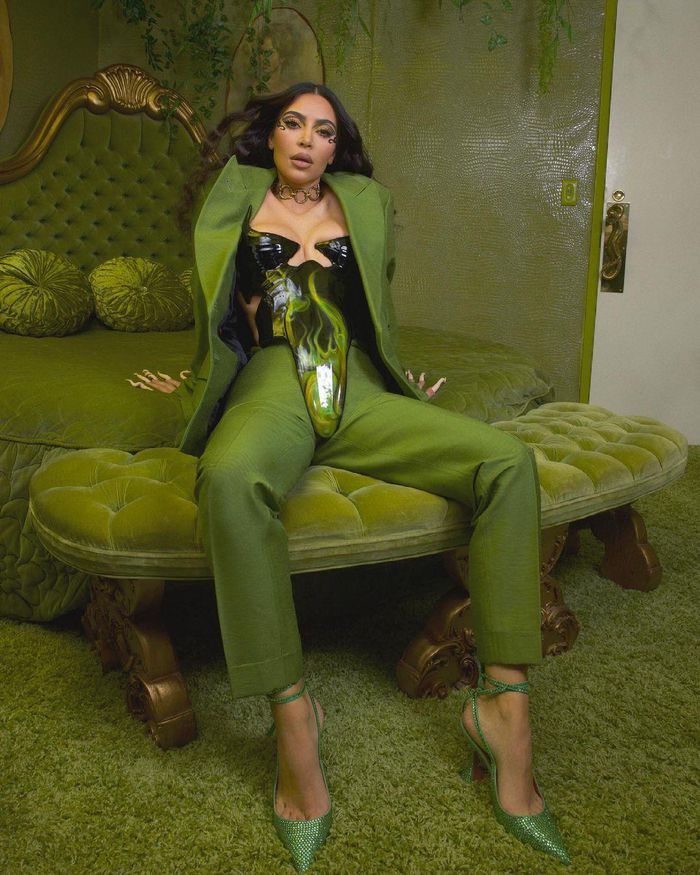 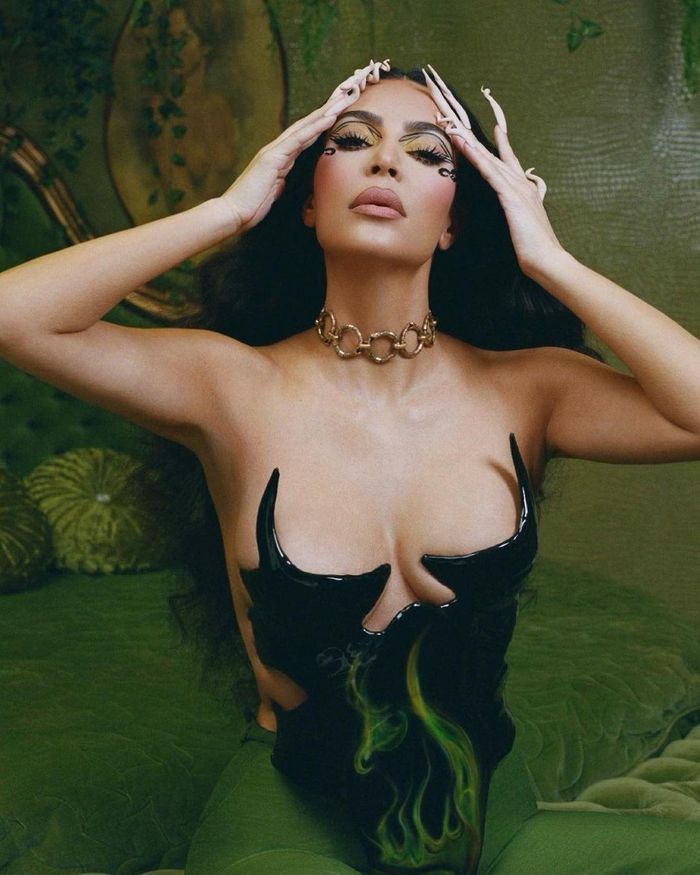 She still actively posts sexy photos on Instagram after divorcing her husband Kanye West. The marriage event does not seem to change much of the life of the “super three” in the United States. She still regularly updates social networks, promotes new products of the shaping lingerie brand, as well as attends appointments. In terms of love life, while her ex-husband quickly found a new joy in Russian supermodel Irina Shayk, Kim focused on studying and taking care of her children. However, according to sources, she is “hunted” by many gentlemen from royal members, A-list stars to billionaires. Not only that, she also has trouble with crazy fans. Recently, the source of TMZ revealed, Kim’s bodyguards intercepted a package on June 3. The package is said to have been sent to the mother-of-four by a man who had loitered near her home many times in the past. The package contained a ring that was supposed to be studded with diamonds and a box of birth control pills. It is not clear whether the ring is real or fake, the bodyguards are only concerned with making sure the package cannot reach the beauty. 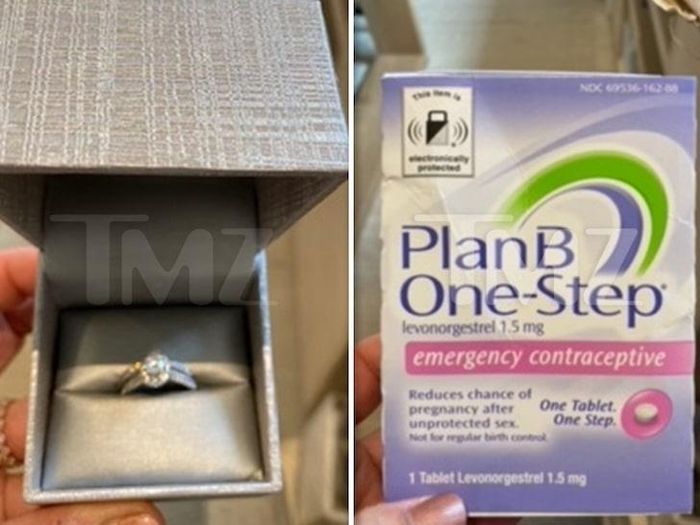 Two gifts are said to be crazy fans sent to Kim. According to the TMZ , the man who visited Kim’s house in February, asked to see her. Just a few weeks ago, this person continued to approach security forces outside Kim’s house and announced that he was coming to pick up the beauty for dinner. This person is also accused of harassing the female billionaire on social networks. He once posted a fake marriage certificate with Kim, along with another that said “Queen Kimberly” was “sitting alone in the big castle waiting for a knight in shining armor to come pick him up”. Currently, the social media accounts of this crazy fan have been locked. Kim’s legal team plans to soon file an injunction to ban the stalker from having close contact with Kim Kardashian.

The sandals are no less extreme, sustainable and luxurious

Theo KHÁNH NGỌC (Dân Việt) - May 28, 2021 0
They are like a little coat for the feet, with tubers, sculptural straps tied around the calves. If you're looking for something that goes...