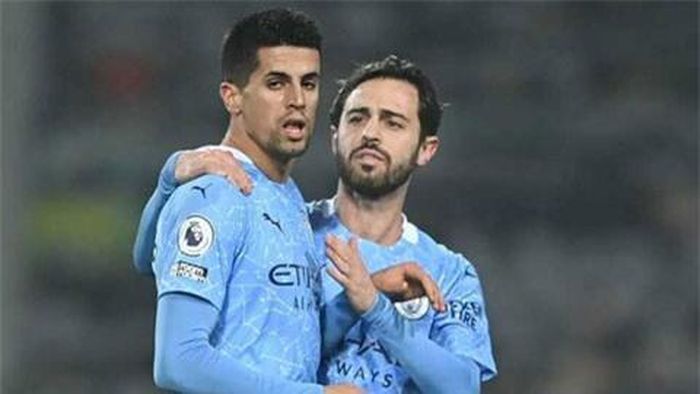 Man City decided to keep Cancelo and Bernardo. Two Portuguese players have been linked with a move to the Nou Camp this summer. Barca’s offer is in exchange for full-back Sergi Roberto and striker Ousmane Dembele moving in the opposite direction. However, sources from Man City say they are not interested in any swap deal. The rumors appeared after Barca continuously recruited stars out of contract Man City such as Sergio Aguero and Eric Garcia on a free transfer. Cancelo has been eyed by Barca but with four years remaining on his contract, it is unlikely he will leave City this summer. Moreover, this player is receiving the absolute trust of Pep and shows no sign of dissatisfaction after a good season. Meanwhile, Bernardo is said to be aiming to move to Spain this summer. But his future will only be discussed after the EURO. The 26-year-old midfielder is with Cancelo and Ruben Dias focusing on the goal of defending the Portuguese throne. Reports in Spain suggest that Barca have targeted seven stars in coach Pep Guardiola’s squad. In addition to Aguero, Garcia, Cancelo and Bernardo, the Catalan team also wants Ilkay Gundogan, Aymeric Laporte and Raheem Sterling. However, it seems Man City no longer wants to do business with the Catalan team after they lost two of their stars without receiving a single transfer. Not only have Barca contacted a number of Man City’s star players this summer, but they are even said to have “courted” former Green Man nutritionist Silvia Tremoleda. This female expert left Man City 2 years ago.

Tuấn Nguyên - April 23, 2021 0
UEFA has determined that Real and Juventus are the two clubs that have originated all the waves of European football in recent days. According...