Home Beauty Fashion Not Princess Kate, the First Lady of France is the one who...

Both powerful women chose elegant outfits, but the First Lady of France took the spotlight by a special detail.
On June 11, senior members of the British Royal Family attended a reception for G7 leaders while the summit was taking place in the UK. This is the first time Princess Kate participated in such an important event and she quickly received compliments for her elegant style.

Shining is like that, but the royal bride also has to be overshadowed by the French First Lady Brigitte Macron. This is a rare occasion for the French President’s wife to appear in front of the media, so her appearance immediately attracted attention. Brigitte Macron surprised when choosing an elegant and graceful beige outfit. The hair is also carefully taken care of to create a perfect appearance. The most special thing is the French President, her 25-year-old husband holds his wife’s hand tightly. Despite the large age difference, Brigitte Macron is always pampered by her husband and shows sweet affection anytime, anywhere, making everyone jealous. 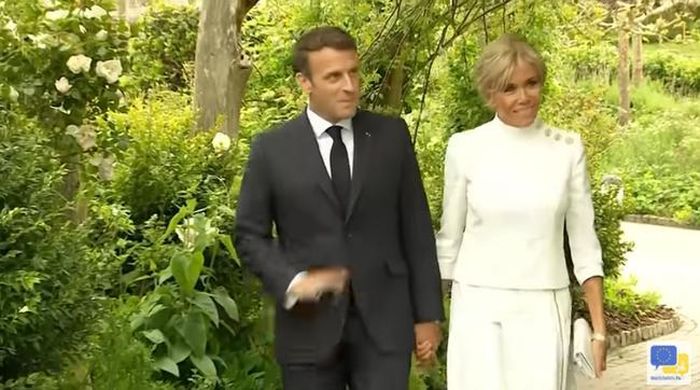 The French President and his wife appeared at the reception party on June 11. Having received mixed opinions on appearance and style many times, but the latest appearance of Mrs. Brigitte Macron has received many compliments. The Express page also gave many compliments to the French First Lady when she exuded an elegant, gentle style that skillfully concealed the flaws on her body. Not only at the reception party, but before that, during a meeting with the British Prime Minister and his wife, Brigitte Macron also attracted attention when her husband held hands and showed affection. The French President always beams when walking next to his elderly wife. At the party, the French President and his wife Prince William also had a fun conversation with each other. According to French media, both Princess Kate and Brigitte Macron were very happy when they accidentally chose bright and elegant outfits. 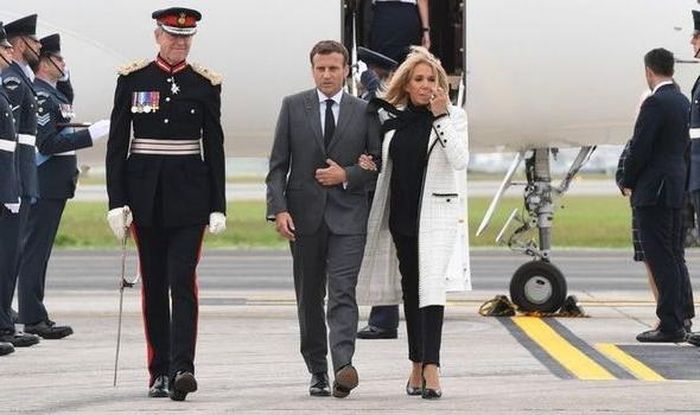 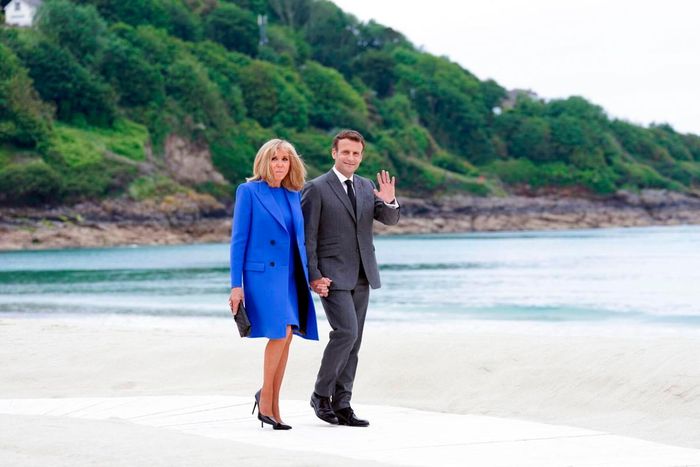 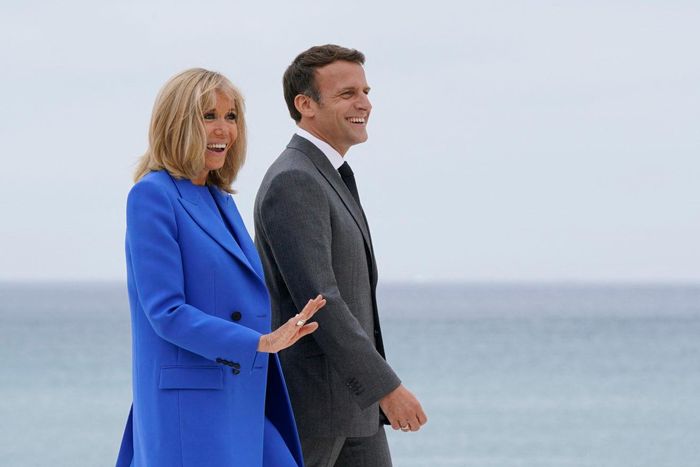 The French President always holds his wife’s hand when appearing, making everyone jealous of Brigitte Macron.

The French President and his wife chat happily with the Cambridge family. The French first lady also expressed regret when she missed a visit to London with her husband in June 2020 because she had to undergo retinal surgery. And this trip allows her to meet members of the royal family again. Although the age difference is quite large, Brigitte Macron (68 years old) and Princess Kate (39 years old) but both women are said to talk extremely well with each other. Source: Daily Mail, Closermag

Anh Vũ - June 11, 2021 0
Lily Chen is the next "bolero pearl" of Vietnamese showbiz to own the most expensive brand handbag on the planet - Hermes. Not only...