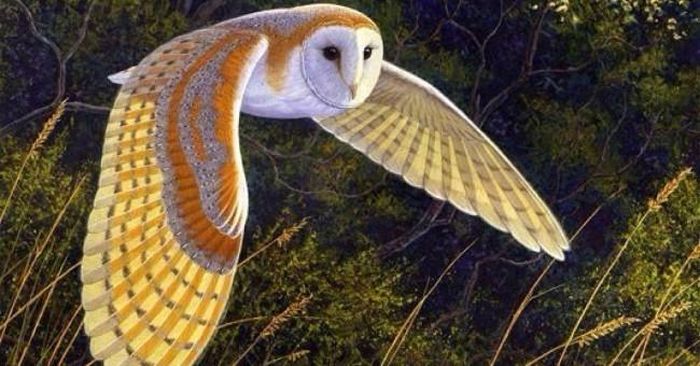 Pig Bird is a bird of unique beauty It’s been a long time since I’ve been home. The village has changed day by day, green, yellow, white, red… matching. The village is now no different from the city. In multicolor, I like blue. Green, green, forest green… Green also means sustainability and ecology. Many joys and many sorrows of the revolution” New countryside “. I am born and raised in my hometown. The stumbling blocks on the village road, from my childhood…helped me grow up, walking slowly on the path of life. In a little holy joy, I am glad the birds are back. Not because the trees are more green. Perhaps because humans are less likely to chase and eradicate. Humans have known to cherish the birdsong of freedom in the canopy of leaves. Among many named and unknown birds, I have heard the sound of the Pig bird. Regarding the memory of each tree branch, blade of grass, each bird species, I admire poet Vuong Cuong. All kinds of birds in his hometown, attached to his childhood, he told them all in the work “ The one who made peace with the sky “. I only remember Hello crest (also known as Chuc cat in Nghe An), Warbler, Brown Se (known in Nghe An as Rach Rach or Chop Chop – I wrote in the prose Bird Rach), Pickaxe, Cheo boo… …. Where is the Cheo and the banyan tree of faithful life bamboo groves with yellow ivory growing flute Who’s daughter has dimples (Oh village, poem by Ngo Duc Hanh) “ Eh, eh, eh…”, In the early morning or evening, the sound of the Pig bird in the high, lonely sky. A few days ago, I heard, from strange to familiar. Looks like they’re looking for you. When I was a child, when I heard adults say, whenever I heard the sound of a pig, someone would die in the village. Many people believe that the Pig bird or Pig owl is a harbinger of a death. When the Pig bird cries at the end of someone’s house, that house is about to have someone die, 7 calls for men and 9 calls for women. They believe that when people are about to die, they will release a specific smell that only Pig birds can detect and warn thanks to, thanks to their keen hearing. Scary sound. Proving spiritually, the sound of the Pig bird is synonymous with bad luck. I do not know tissue, numbness. Not even seen. Folks often push “ follow the mouth “. Few people are willing to study in detail. In fact, in the animal kingdom there is a “ surname “The bird is called the Pig Owl. Its scientific name is Tytonidae, which is one of two animal families belonging to the order Owls, some species found in Vietnam are often referred to as pig birds or pig birds because of its pig-like call. Pig Owls are birds of prey, mainly nocturnal, often living in pairs or solitary and non-migratory. Dishes” quiche ” of birds Pigs are mice, insects, lizards and some other birds. “ Eh, eh, eh.. .”, the sound is also scary, isn’t it? Contrary to its slow, calm and mysterious appearance, the Pig bird is actually a professional predator killer. In the dark, its sharp eyes can see even a small mouse running at a distance of hundreds of meters. With the speed of a wind and claws as sharp as knives, no prey can escape death when caught by them.” put in sight “. When I was a child, I went to the garden, sometimes I saw a Pig bird and ran into the house. Bird eyes Pig big, bright, pointed beak; Pig’s bird’s face is similar to that of a cat’s, so it’s easy to confuse the Pig owl (the Pig bird) and the Cat owl. The Owl family has the Cat owl and the Pig owl. Talking about the Pig owl, according to biodiversityist, engineer Le Sy Thuc, once the Director of Hanoi Zoo, there are 3 species of Pig owls in Vietnam, in addition to the Eastern wild boar owl, there is also the gray-backed pig owl. and the brown-backed owl are both classified as animals that are natural enemies of rats, and are strictly prohibited from being exploited from the wild. Among the three species of Pig owls, according to Mr. Le Sy Thuc, the wild boar owl is a species of aesthetic and scientific value, and a valuable genetic resource. Currently, the wild boar owl is included in the Red Book of Vietnam, the level of danger is due to the small number of individuals (not yet determined how many individuals still exist in the wild) and rare. 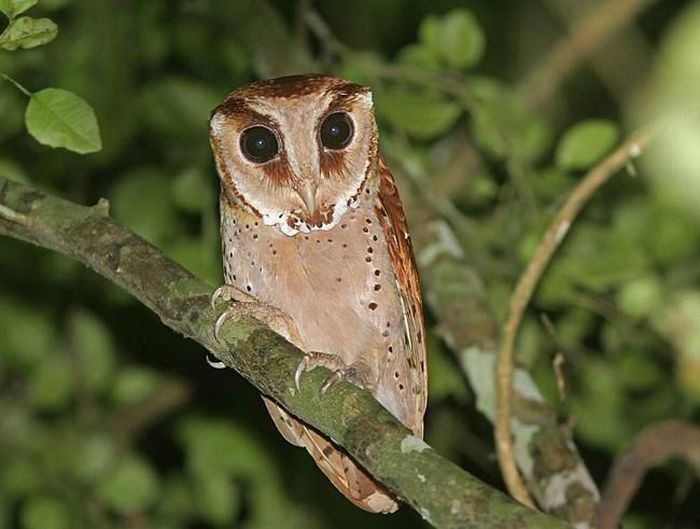 Wild boar owl is included in the Red Book, hunting is strictly prohibited Chirp “ Eh, eh, eh…” is a survival weapon in the natural world that birds have. “Eh, Eh, Eh…”, the Pig bird uses its cry to scare its prey, causing them to panic and run away, then with its super-intelligent eyes, it will easily detect it. During the breeding period, the bird’s food needs increase, so they have to work harder to hunt. Which means they also chirp more. Call to hunt. At night, their cries echo in the quiet space, causing many people to fear and associate with mysterious things. Unlike Vietnam, in the world, people love Pig birds, in addition to their unique beauty, also because they have a very funny heart-shaped face and smooth plumage with many splendid patterns. 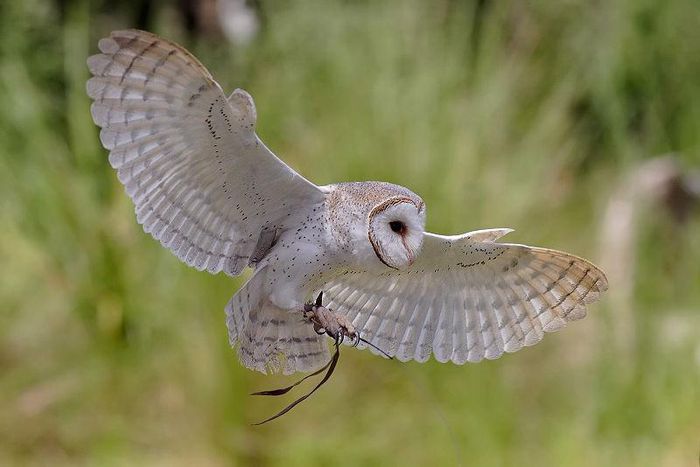 Dance of the Pig Bird Is it true that a pig’s cry predicts human death? I once asked this question to Mr. Le Sy Thuc. He burst out laughing, not thinking I was that childish. It’s been a shame ever since. Pig Bird” death notice “is a misunderstanding, causing” Color Oan Thi ” for this useful bird. Even in folklore, who knows “ pry “, “ slander”, “give bad news “… about other people often given nicknames” Pig bird “. Disparaged” Birds Pigs “Definitely someone to be wary of. Pig Bird into poetry, perhaps only the song “Bird bird” / 猪鳥啼 translates as “” The sound of birds chirping ” by Confucian scholar Ngo The Lan, Le Mat dynasty (late Le Trung Hung period, 18th century). Oh the sound of birds and pigs sounds scary It called it hissing five bucks Non Thai tilts upside down the evil shadow The land of waves rolling black clouds Red swallows cry for mercy and hide in the forest Weasel wolves are all over the place Who dares to say outside of the court? Oh the sound of birds and pigs sounds scary (Source: Binh Tri Thien celebrity (volume I), Phan Hua Thuy, Thuan Hoa Publishing House, 1987, pp. 60 – 78) The poem shows that the society of the Le Mat period was dyed in a dreary dark color. For the black people, death (because of poverty, harsh policies, and chivalry) kept the party close to them while the rulers became more and more self-indulgent. During the market economy, on the stock exchange, “ Pig bird ” is also used. “ Pig Bird ” are people who specialize in badmouthing stocks or analyzing stocks that will drop in price with the aim of causing the stock to drop below its current price. They are holding money and want to buy stocks so they want the stock to drop in price to be bought cheap. That’s it, it’s very unfair to the Pig bird in the wild. Bad points or good omens are not brought by the Pig bird. Bad or good is due to “ blessings “The life created by each living being and by each nation. Now, every time I hear the pig’s voice, I look up at the sky. Amidst the stars, the wings of the Pig bird are splendid, spread out in a friendly manner. Ha Tinh, June 11, 2021 New Year’s Day

Pay back the debt with the forest