Home News World The elephants migrated to the northwest in a roundabout way, and the...

Video丨Visit the Nanshan Mountain of the Northward Elephant Group for one night, and has been wandering for many days

From 18:00 on June 14th to 18:00 on June 15th, 2021, the elephant group continued to move in Shijie Township, Yimen County, Yuxi City, migrating 9 kilometers to the northwest with a straight-line distance of 1.3 kilometers. The single elephant was out of the group for 10 days, located in the north-east of the elephant group, and was 19.1 kilometers away from the elephant group. It continued to move in the woodland of Shuanghe Township, Jinning District, Kunming City. The 15 elephants are all within the monitoring range, the overall stability is stable, and the human elephants are safe. 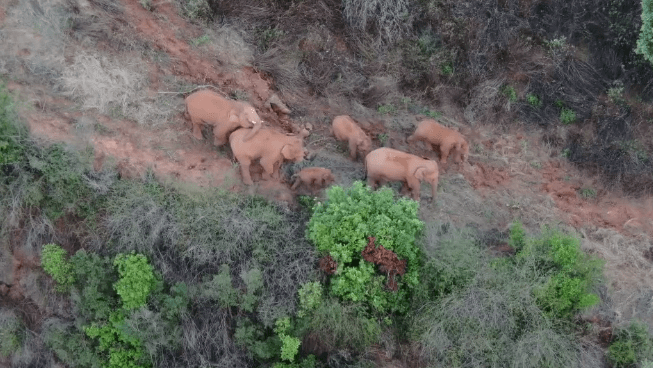 Elephant flocks and single elephants concealed in forest areas after entering the farmland for food, making it difficult for traffic diversion, safety precautions, and monitoring and control. The headquarters organizes experts to conduct on-site inspections of the migration routes of the single elephants and elephants, study and judge the migration routes, analyze risks, and adopt measures such as isolation and enclosure, feeding elephants, road control, and staring at the elephants to continue to guide the elephants to the west Migrating to the south, organizing the masses to watch the propaganda film about the living habits of Asian elephants and the knowledge of safety precautions to enhance the public’s awareness of safety precautions

On the same day, the Yimen County and Jinning District Field Commands put in a total of 96 emergency response personnel and police forces, dispatched 196 muck trucks, 12 excavators and other engineering vehicles, 68 emergency vehicles, 12 UAVs, and evacuated 1074 people. Households, 3420 people, fed 1.5 tons of elephant food to ensure the safety of the people along the way. (Contributed by the Provincial Headquarters for the Safety and Precaution of Asian Elephants Moving Northward in Yunnan)