Post Malone always attracts attention with a face with many tattoos. 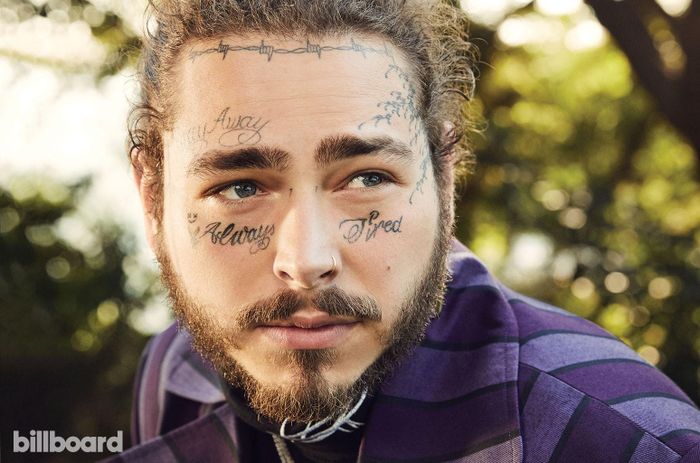 Post Malone expresses his personality by tattooing on his face. Although the mark on the face is quite dangerous and difficult to heal, the male rapper still chooses large-sized motifs to hide his lack of confidence in his appearance. “Always Tired” is his most famous tattoo. The two designs under the eyes are a unique alternative to concealer that shows off the male rapper’s lack of sleep. Image: Billboard. 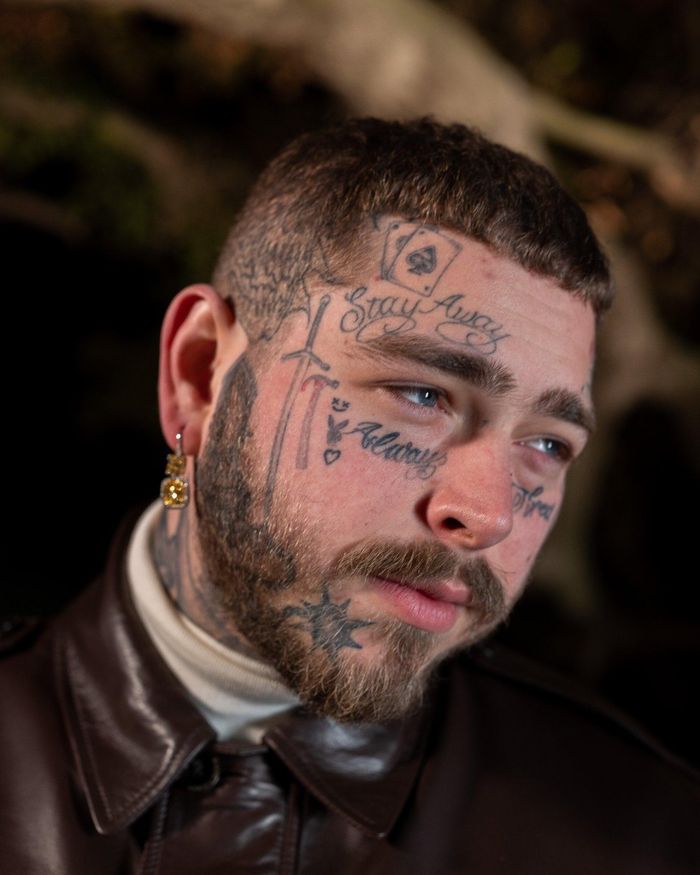 “Stay Away” located above the right eyebrow of Post Malone. The line pays tribute to one of his favorite songs and serves as a warning to anyone who intends to get too close. According to his sharing with GQ , the tattoo placement was inspired by the late rapper Lil Peep. Image: NetBidy. 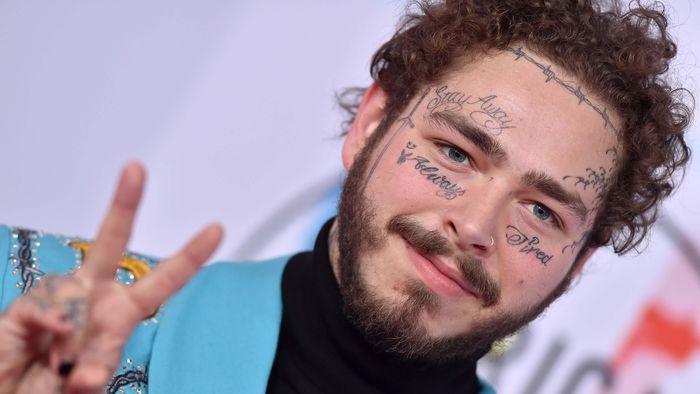 Many people said tattoos barbed wire Post Malone’s forehead resembles Jesus’ crown of thorns. However, the male rapper denied the above and shared the reason he chose the barbed image because it looks great. In addition, he also tattooed barbed wire on his hand, combined with other designs. Image: Livekindly. 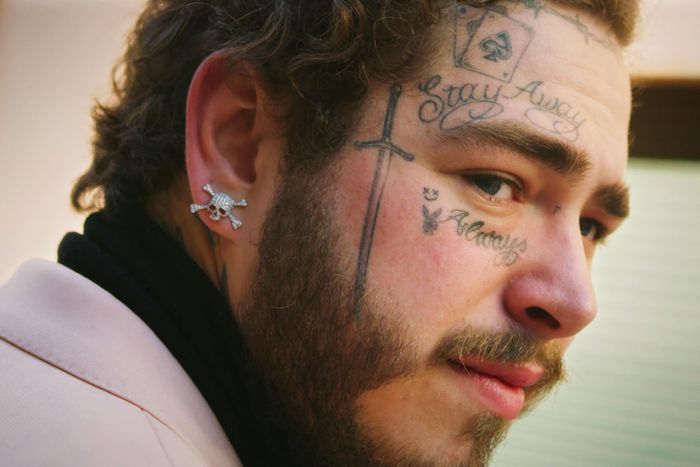 “ Sword show the power of the king,” Post Malone told GQ about the knife tattooed along the side of his face. In addition, he has a tattoo on his forehead a card with the desire to always win in every field. Image: Rolling Stones. 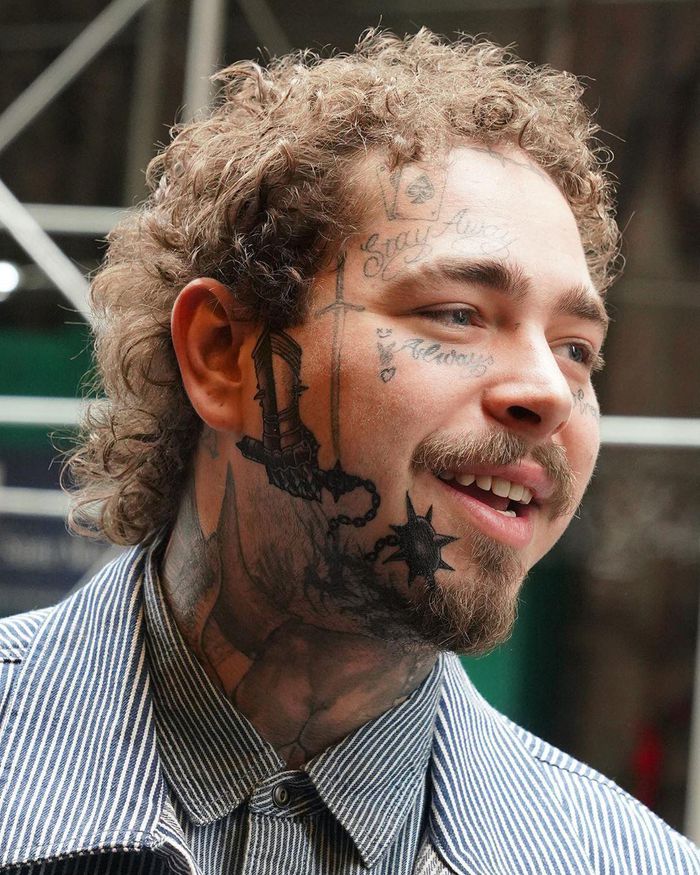 Smile and Playboy bunny is the accidental choice of a boy born in 1995. Theo Body Art Guru , these small tattoos are often used by men with ink to reveal the nature of the player in some fields. On the rapper’s side, he never explained why. Image: Reddit. 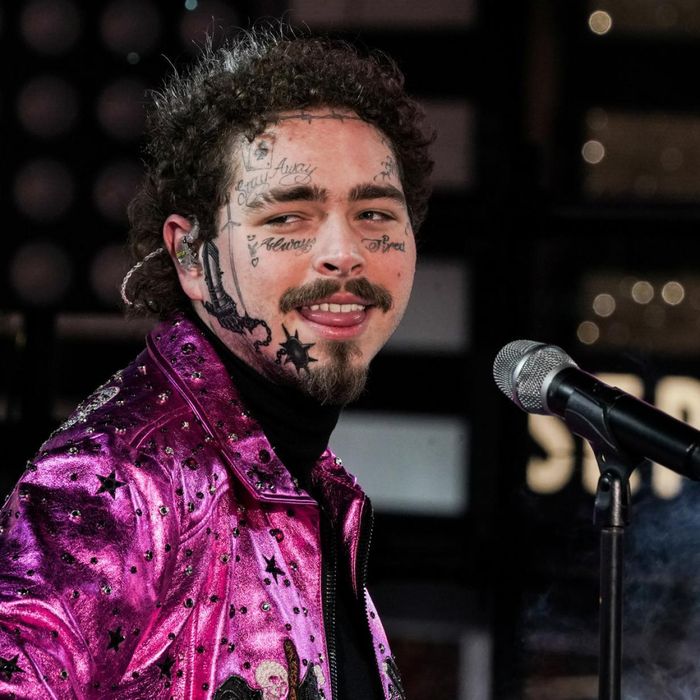 The biggest tattoo on the face of the 26-year-old male rapper is the gloves . It symbolizes power, authority, courage, strength and honor. This graphic was done by tattoo artist Kyle Hediger, referring to the armor he wears in the MV Circles . Image: Telegraph. 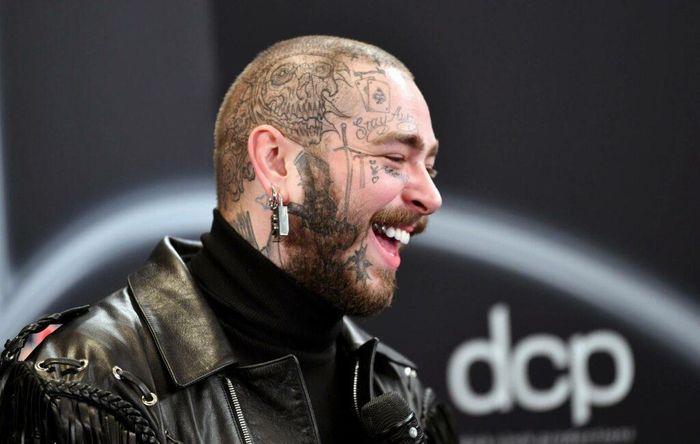 “I got a shorter haircut and a tattoo box flaming skull exudes a cool character”, the male rapper shared about the reason for choosing skull motifs. Topi.

Tattoo Bison Skull (bison skull) It is a symbol of courage, strength and ability to endure difficulties in life. Post Malone marked it to show his bravery in the face of life’s controversies. Image: GQ. The king of tattoos in America Mike Perfetto has about 40 years in the profession. He used to tattoo for many generations in a family.

Lê Anh/VOV.VN - May 15, 2021 0
Vietnamese showbiz beauties gathered, simultaneously dressed in pink at the birthday event of Mymy, the daughter of designer Do Manh Cuong. ...