Home Entertainment Cinema & TV Movie with the theme of revolutionary war: Need bravery and talent of...

SPL – At the beginning of Vietnamese cinema, there were excellent films about the revolutionary war, but in the past 10 years, the number of films on this topic has only been counted on the fingers. Is war movies no longer suitable for public tastes? Screenwriter Dinh Thien Phuc discussed this content. 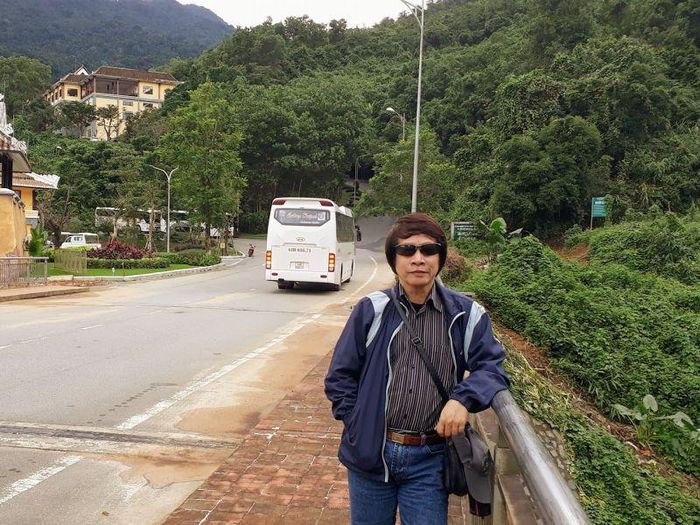 Screenwriter Dinh Thien Phuc. Revenue does not equate to artistic quality As the scriptwriter for “Thau Nine in Siam” – the film received many film awards – including the best screenplay award, can you say something about the process of making this film? Uncle Ho’s period of more than 30 years of working abroad, when he was active in France, Russia, China… is mentioned a lot through documentaries, especially documentaries and feature films. But the time Uncle Uncle worked in Thailand (then called Siam) is rarely mentioned. When I researched, I found this period to be extremely important. The overseas Vietnamese force in Siam is very large and is the core of the revolutionary seeds. For example, in Tam Tam commune, the first 7 people came from Siam, and it was also from this force that Uncle founded the Vietnam Revolutionary Youth Association. When Uncle Ho reported to the Comintern to get back to work, they wanted Uncle to go back to China. However, Uncle still expressed his desire to return to Siam to develop a second base (the first base at that time was in Guangzhou). In less than 2 years, Uncle Ho’s operational efficiency was great. It was in Siam that was the starting point for Uncle Ho to go to Hong Kong to unite the three revolutionary forces, towards the establishment of the Communist Party of Vietnam. 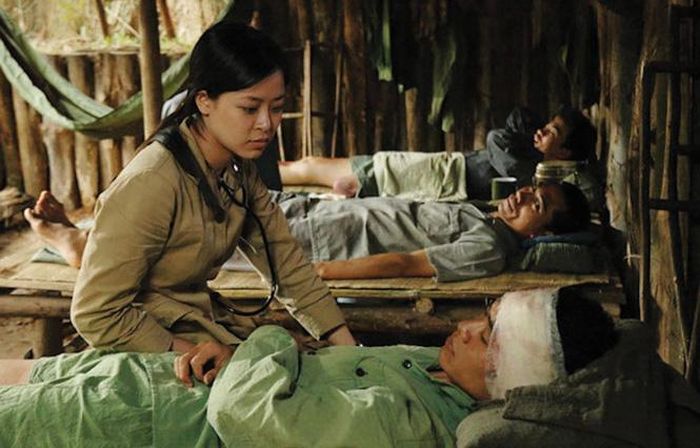 The film Do not burn based on the main material is the diary of martyr Dang Thuy Tram. Photo: KT “Rice tender in Siam” is quite attractive in terms of script. From the script to the film, is there anything that makes you unsatisfied? A few months ago, I went from Hanoi to Nha Trang, on a Vietnam Airlines flight, there was a screening of the movie “Tender nine in Siam”. Sitting next to some young people, I “show off” a bit, introducing myself as the script writer. They shook my hand and thanked me, expressing a pity that good films like this were not shown widely. When watching the movie, I am also very satisfied with the sound, music, and shooting setting. The film crew made the scene quite realistic, although many scenes were shot in Nghe An, not in Thailand. However, it is a little regretful that the actor who plays the role of Tieu Chin (the alias of Uncle Ho’s activities in Thailand) in appearance has not yet exuded Uncle’s sage and wit. The acting of the main character is a bit gentle, the appearance is also a bit fat. “Thau Chin in Siam” is one of the few feature films about the revolutionary war that has been produced in the past 10 years. If you put this film in theaters, do you think it will be a commercial success? From the perspective of film as a film industry product, it needs revenue. But revenue is not the same as artistic quality, much less evaluates the longevity of the film. With revolutionary war-themed films belonging to the state-ordered film series, the State has to some extent envisioned the difficulty of revenue. This difficulty is not only in our country, but also in the world. China, America, Korea… when they make historical war movies, there are movies that do very well, but there are also films that are difficult to see, even though the film can win all awards. Even now that we bring back the Cannes and Oscar-winning films, many movies are still empty. So the criteria for taking revenue to evaluate a good or bad movie or something depends on the concept of each person, depending on the concept of each audience class. The problem lies in the way of exploitation However, there are still films that achieve both criteria: art and revenue? Films that achieve both of those criteria are admirable. And movies like that already exist. For example, the movie “Great Sea War” of Korea, or the movie “Rescuing Private Ryan” of the US, achieved huge sales. War appears extremely fierce with messages imbued with humanity. During the renovation period, we had the movie “Girl on the River” directed by People’s Artist Dang Nhat Minh. It’s a movie that creates social and box office effects very well. If I remember correctly, at the 8th Vietnam Film Festival taking place in Da Nang city, the film’s revenue was enough to cover the entire film festival. That’s it. The topic has no errors. The problem lies in how it is exploited. It is necessary to exploit how to pull all classes of audiences to the theater. This is really a challenge for our country’s cinema today.

“The Returner” is a movie about the revolutionary war that is highly appreciated by the audience. Photo: KT One of the reasons why our revolutionary war-themed feature films lack appeal is the lack of big scenes and the lack of money to make special effects. Not to mention other limitations that are repetitive: Choosing the wrong actor, acting has not arrived, costume errors, makeup mistakes, monotonous background … Lack of money is one thing. But to stage grand and effective grand scenes requires the filmmaker to have talent and to some extent have a natural gift. He can make great psychological films, but if he does the battlefield bomb scene, he is not sure he can do it. That is, we not only lack money but also lack of experience and talent. In the time of the market economy, actors run continuously, now they are in movies, tomorrow they are in TV series. To transform into the character, first need the commitment of the actor. Then there are factors such as whether the actor is competent enough, interested enough, passionate enough or not. Now there is a scenario about Nguyen Trai, for example. Actor playing Nguyen Trai must understand the stature, talent, charisma of Nguyen Trai, must study the scriptures, study history, learn to walk, talk. Only in this way can the character’s charisma emerge. Next are other auxiliary elements to shape the character such as how to dress, how to dress up. The makeup and costumes of Vietnamese cinema are also a weakness. And all those weaknesses add up, in the end the character doesn’t make a character. So of course that movie wasn’t attractive enough. Perhaps the biggest error still lies in the script. We lack good scripts, lack of new perspectives? In the past, movies about the revolutionary war had to go through many levels of approval. The first is the script. To be on the safe side, screenwriters often follow the formula that we win and lose, we are very good and the enemy is very bad. That motif repeated, becoming an invisible barrier. Before those barriers, if the artist with their living capital, talent, and enthusiasm, they will create their own path and they will succeed. For example, with the film “Town within reach” or “Girl on the river” by director of People’s Artist Dang Nhat Minh, it is also a look at war, but poses many painful and haunting problems with messages. never old. So here is the bravery and talent of the creator. If you believe in things that are truth, right, serve beauty, serve the cause of national construction and defense, you must bravely go to the end and bravely defend to the end.

Behind the scenes of ‘Flavor of friendship’: Manh Truong’s ‘deep acting’...

Nguyễn Thu Hà - CTV - June 19, 2021 0
Break into the backstage of the movie 'Flavor of Friendship' to see the happy images of two actors Manh Truong and Phuong Oanh. Recently,...