Home Science The man who spent two decades creating a green oasis in the...

Anand Dhawaj Negi, a retired official, has spent more than two decades of his life transforming the frigid Himachal Pradesh desert region of northern India into a vibrant oasis. 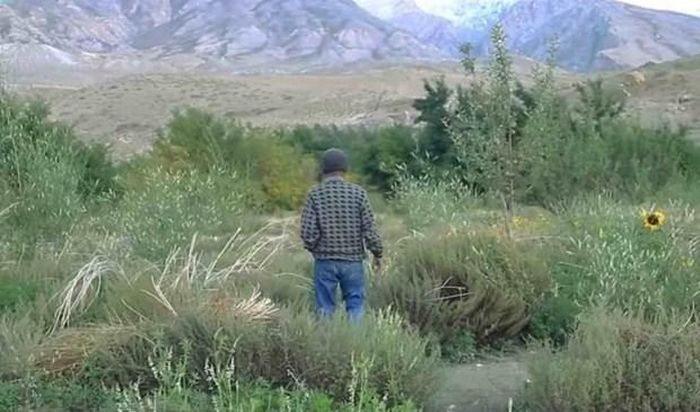 Mr. Negi has personally turned the barren land in the cold desert of Himachal Pradesh into a green oasis. (Source: YouTube) In 1977, the Government of India began an ambitious program to reduce the negative effects of desertification in the hot and cold deserts of this Asian country. Mr. Anand Dhawaj Negi was working in the finance department in charge of the Desert Development Program at the time and had seen millions of dollars spent with no real results. Whenever he asked the scientists and program officials about the results, the answer was always that they lacked the technology to grow any sustainable crops in harsh environments. desert . The son of a farmer himself, Negi was tired of excuses and took a leave of absence in 1999 to fix the problem himself. In 2003, he decided to quit his job to focus all of his energy on his growing desert oasis. Mr. Negi has personally turned the barren land in the cold desert of Himachal Pradesh into a green oasis just for everyone, especially the farmer struggling in the region, seeing desert reclamation as entirely possible. It was not an easy thing to do, but the former official knew what he had to do and had the ambition and patience to get through it. Mr. Negi’s first attempt failed as the seeds did not have enough water to grow. He overcame this first challenge by planting by contour, tilling the soil along a consistent height to capture rainwater and reduce soil erosion. At the same time he works with the local community to create irrigation canal The shallows channel runoff from glaciers about 25km away. After witnessing this process, the local irrigation department also began to cooperate. “The irrigation department supplies water to this area. Before that, water was not provided until before June. I connected to the Kuhls area and managed to get a water supply in April and May. When we did, the Irrigation Department also cooperated and ensured a regular water supply here,” Mr. Negi told Down to Earth. But water is just one of the challenges this frigid desert region poses. Sandy soil lacking nutrients is another problem. To provide enough nutrients for the crops he wanted to grow, Mr. Negi started a farm with about 300 Chigu goats and mixed their manure with earthworms to effectively double the nitrogen content of the soil. . This also helps the clover hectares he planted around the oasis to thrive. In the past, clover would fade away as new plants grew. It was the clover growing area that overcame the problem Mr. Negi had at first, a rodent attack. These species will come to eat the delicious plants, so the farmer must plant clover in the legume family around the more valuable crops. Because hares love clover, when there is an abundance of this plant, they don’t bother with other plants. Since starting his job in Himachal Pradesh, Mr. Negi has spent all his money experimenting with combining local farming techniques with more scientific farming methods. It’s a laborious process, but over time the tree mortality rate drops from about 85% to just 1%. After proving that valuable crops such as peas, potatoes, green beans, apples and apricots could be grown even in harsh desert environments, the former official began to focus on long-lasting greenery. years, as he considers them essential to combat climate change in the region. “My first priority here is reforestation. Fake acacia is the most planted. Then there are willows and wild apricots. As for fruit trees and other crops, including green beans, I planted them only as a model for people to replicate,” said Mr. Negi. With just the help of two volunteers, Mr. Anand Dhawaj Negi transformed a cold desert area of ​​more than 90 hectares into a green oasis, receiving praise from both locals and scientists. People come from far and wide to witness this real-life miracle, some buying Negi’s natural fertilizer to grow their own crops and others bringing their livestock to eat clover, the fodder for livestock. cattle are considered the best in the region. 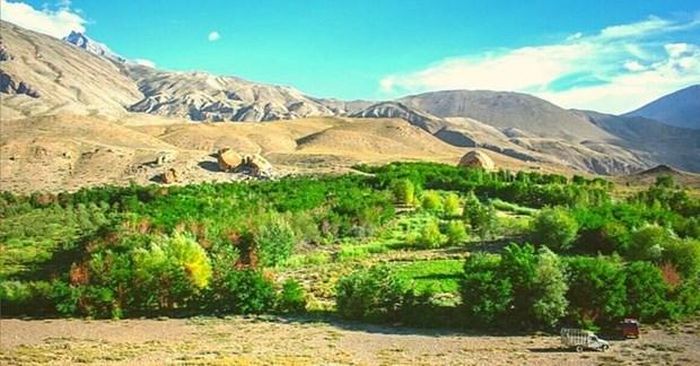 Mr. Anand Dhawaj Negi has turned a cold desert area of ​​more than 90 hectares into a green oasis. Sadly, Anand Dhawaj Negi, the desert healer, passed away last month at the age of 74 from a stroke. He will be remembered as a local hero and the green oasis project hopes to be preserved as a reminder that nothing is impossible. Negi’s family intends to continue his work, but has asked the government to take responsibility for the oasis and help the family in its conservation. Virender Sappa Negi, Mr. Negi’s wife, told The Better India news site: ‘Before he said goodbye to us, he planned to plant some evergreen or conifers such as pines and deciduous trees. We want to fulfill these last wishes of his. In addition, we want the state government to take responsibility for this oasis so that his work can inspire future generations.” Anand Dhawaj Negi has become one of the many Indian legends who devoted their lives to afforestation like Uttarakhan’s “Tree Man” or Aditya and Poonam Singh.

An important piece of the Earth house

Thanh Hương (TTXVN) - May 26, 2021 0
Choosing a lifestyle in harmony with nature is the best way for people to develop sustainably and avoid the risk of new diseases, because...