Archaeologists have found a girl buried in a cave with at least one sparrow in her mouth. The discovery was made in the 1960s, but it was not possible to analyze why there was a sparrow in the girl’s mouth until now. 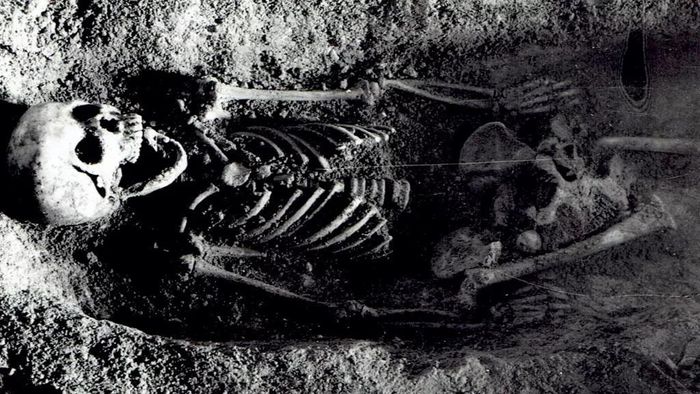 The girl was buried with a sparrow in her mouth. Archaeologists are trying to solve the mystery of a girl who was buried with the head of at least a sparrow in her mouth hundreds of years ago. Although the skeleton was discovered by archaeologist Waldemar Chmielewski in southern Poland in the Tunel Wielki cave during excavations in 1967 and 1968, the cause of this burial has not been analyzed in detail. details so far. New radiocarbon dating indicates that the girl died about 300 years ago. People in Europe stopped burying the dead in caves since the Middle Ages, making the burial of this girl very unusual. A team of researchers wrote in a paper published online May 29 in the German journal “Prehistory”: “Cave burials are often absent from historical periods in Europe. Therefore, the discovery of a girl buried with at least a bird’s head buried in her mouth in the cave of Tunel Wielki is a post-medieval inhuman and exceptional find.” It is also unusual for her to have at least one bird’s head in her mouth, the researchers said, and no other examples are known from this time in Europe. After analyzing the skeleton, researchers, from Poland’s Warsaw University and other institutions in Poland, discovered the girl had died between the ages of 10 and 12. Her bones also showed signs of slow growth in the years that followed, possibly as a result of a metabolic disease. They did not find any evidence of trauma, nor any clues as to how the girl died. No items, other than the bird’s head placed in her mouth, were found. Who is she? To try to solve the mystery of who the girl was and why she was buried in this way, the team conducted a series of scientific tests and examined historical records. DNA tests indicated that the girl was likely from an area in northern Poland, possibly around present-day Finland or Karelia. Historical records show that from 1655 to 1657, the area was occupied by an army led by King Charles X Gustav of Sweden. His army included many soldiers from Finland and Karelia, records show, and those soldiers often traveled with their families. “Soldiers, mostly of low rank, were often accompanied by wives, mistresses and sometimes maids,” the researchers wrote. Records from the 19th century also show that people in Karelia, an area that stretches across present-day Russia and Finland, believed that someone who died in the forest should be buried in the forest, not in a cemetery. “Historically, this custom arose from the cosmological conception of a forest as a cemetery,” the researchers write. These findings led researchers to suggest that the girl may have come to the area during the war of 1655-1657 and that she may have died in the forest where the cave is located. The researchers note that Ojców Castle, where many soldiers and their families were kept, is located near the cave. A war between Sweden and its allies against a coalition of countries including Poland, Russia and Denmark. Why she was buried with at least one sparrow head in her mouth remains unknown. “Among many cultures, children’s souls are also formed in the form of small birds,” the researchers wrote. However, during the period in question, birds were never sent to the grave, let alone placed in the mouth of the deceased. The puzzle of the unique burial of the child from the Tunel Wielki Cave cannot be fully explained.”

He opened an experimental party to restore nightlife

Thiên Nhi - May 4, 2021 0
Without masks or social distancing, thousands of people in Liverpool party in warehouses as part of a test of the spread of the SARS-CoV-2...