Home News Vietnam Quang Ninh press goes hand in hand with the development of the...

Over the past years, the Quang Ninh press has continuously grown, effectively serving the propaganda of the Party’s guidelines and guidelines, the State’s policies and laws as well as solutions for economic and social development. Provincial Sustainability Association.
Team of journalists – improve both quantity and quality 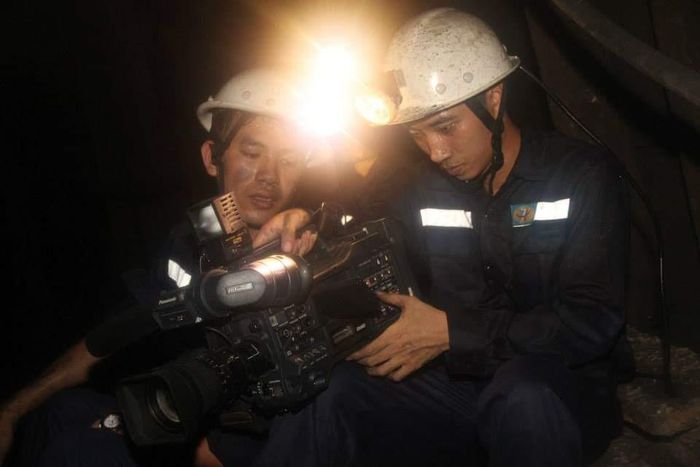 Reporters do not mind the hardships and dangers, working in the most difficult conditions (reporters from the Newsroom, the Provincial Media Center work in the tunnels of Hon Gai Coal Company). Quang Ninh in recent years has always been a pioneer, making breakthroughs in all aspects from building the Party and political system, to socio-economic development, so it has had a rapid and comprehensive development, many things have become more and more important. model for other localities in the country. This is the land, a favorable environment for press agencies to operate, reflecting the vivid reality in a land of great potentials, advantages and results of implementing guidelines and policies of the Party and State. country. Along with the development of the provincial press, the past years have marked a rapid growth in the number of central press agencies, newspapers of ministries, branches, central mass organizations and provinces and cities. Others set up representative offices, appoint correspondents residing in the province and assign reporters to be in charge of Quang Ninh area. If in 2014, there were only 29 press agencies in the province that set up representative offices and sent resident reporters in Quang Ninh with a small number of resident reporters, then up to now, there are 44 agencies in total. press set up representative offices, sent correspondents residing in the province, 14 press agencies assigned reporters in charge of Quang Ninh area, with the total number of correspondents residing and monitoring Quang Ninh area up to 128 people. . With the provincial press, after more than 2 years of establishing the model of Quang Ninh Media Center on the basis of merging Quang Ninh Newspaper, Provincial Radio – Television Station, Ha Long Newspaper, and Quang Ninh Provincial Portal, has affirming the right policy, in line with the development trend of modern journalism in the world of Quang Ninh province. Along with that, the team of reporters at district-level cultural and media centers, collaborators in departments, agencies, units and businesses have developed rapidly, especially in the field of business. service. This team of reporters and collaborators always has the guidance and close cooperation with the Provincial Media Center to be able to operate and create journalistic works of various types, ensuring orientation and accuracy. , news and interactivity are increasingly enhanced. 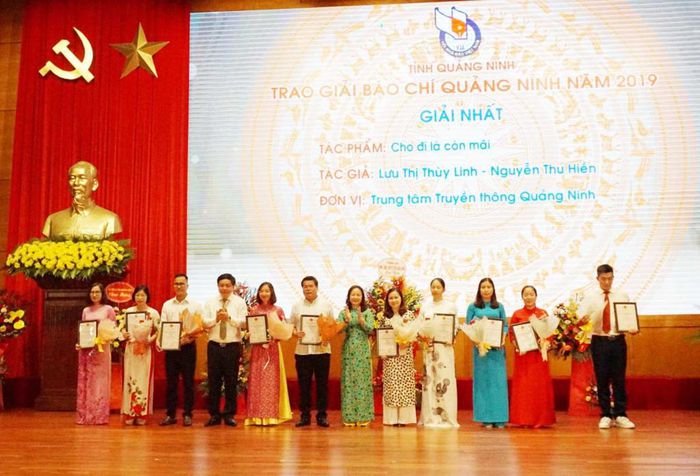 The authors and groups of authors won the first prize of the Quang Ninh Provincial Press Prize 2019. Photo: Khanh Giang According to Comrade Do Ngoc Ha, Standing Vice Chairman of Quang Ninh Journalists Association, the team of journalists in the area has been increasingly supplemented in quantity, and the quality has also been continuously improved. The press in the province has rapidly developed in terms of staff, facilities, information technology, and working methods. The press agencies in the area always comply with the law on press, publication and the provisions of the law; keep abreast of events, have close relationships with departments, branches and localities to reflect quickly, sensitively, timely and accurately the socio-economic situation, national defense and security of the province; recognized by all levels, sectors and the public. Actively contribute to the development of the province 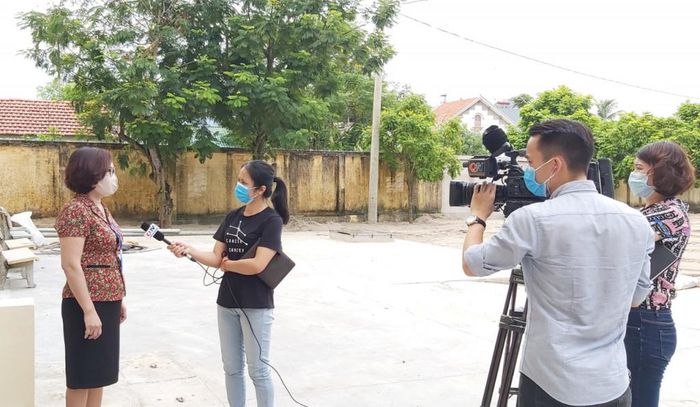 Reporter of the Newsroom, Provincial Media Center working at Phuong Dong B Primary School, Uong Bi City. If during the resistance wars, the Quang Ninh press became an important army on the ideological front, now, attaching itself to the vibrant realities of life, the press has properly informed and propagated Timely, oriented, attractive and lively, the renovation work took place strongly in the land of Quang Ninh – a strong growth pole in the northern region of the country. Thereby, constantly growing and developing, actively contributing to the socio-economic development, accompanying the province in maintaining and continuing to maintain the socio-economic development momentum of Quang Ninh. Over time, the Press in Quang Ninh, especially the Provincial Media Center, has truthfully informed about the situation in the province, the country and the world in accordance with the interests of the country and the people; clearly shows its function as the mouthpiece of the Party Committee, the government, socio-political organizations, mass organizations in the province. At the same time, continuing to affirm its role as an essential means of information for social life, reflecting and guiding public opinion; to act as a forum to exercise the people’s right to freedom of speech; actively contribute to creating an open and democratic atmosphere in social life; actively participate in monitoring and social criticism. Quang Ninh press agencies have encouraged the spirit of creative labor emulation, building and defending the homeland, promoting the strength of the entire people under the leadership of the Party; praising typical collectives and individuals, good examples, good deeds, new factors in all areas of social life. At the same time, the press also clearly demonstrated its role on the front of the uncompromising struggle against false claims, peaceful developments of hostile forces, protection of the Party and government, and protection of the people. . And fighting against corruption, negativity, criticizing bad habits, bad habits, warning evils in social life, is supported by public opinion. 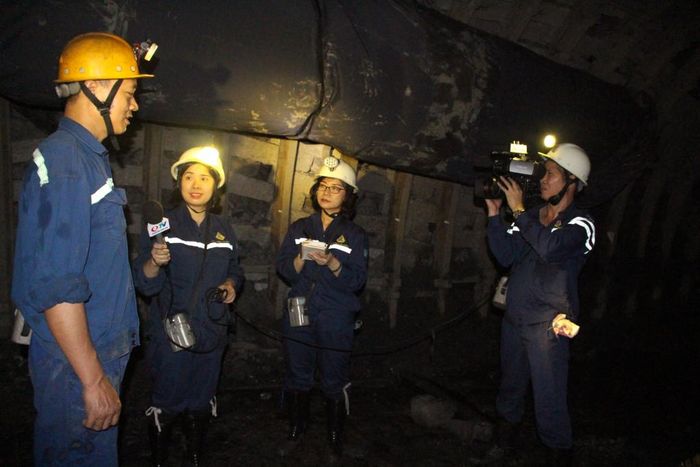 Reporter of the Specialization Department, Provincial Communication Center working at Ha Lam mine. Photo: Quoc Viet (CTV) The press has promoted and contributed to building the image of a Quang Ninh with distinct potentials, advantages, and outstanding opportunities; a dynamic, creative, enthusiastic and highly politically determined locality with breakthroughs in piloting the implementation of guidelines and policies of the Party and the State, especially in building the political system. and made three strategic breakthroughs. Many people, when asked, affirmed that: Through propaganda activities of Quang Ninh press, it has helped the provincial leaders and Party committees and local authorities to recognize and give close instructions. , timely. It is also from this direction that the press has more “fulcrum” to continue to reflect and accelerate the resolution of the case in a positive direction. With the rapid growth and maturity of the Quang Ninh press over the past time, it has been and will continue to contribute to more effective propaganda for the construction and development of Quang Ninh to become a service-industry province. modern according to the proposed roadmap. Thanh Hang

Hà Linh - April 15, 2021 0
The units directing urgently deploy the Covid-19 vaccination according to the allocated number and the local plan to use Covid-19 vaccine to ensure the...