Home News Vietnam Bui Tan Truong livestream from the quarantine area: I am afraid that...

Returning from the campaign in the Second Qualifier of the World Cup 2022 with the Vietnamese team, goalkeeper Bui Tan Truong had a “livestream” session to share many stories in life. 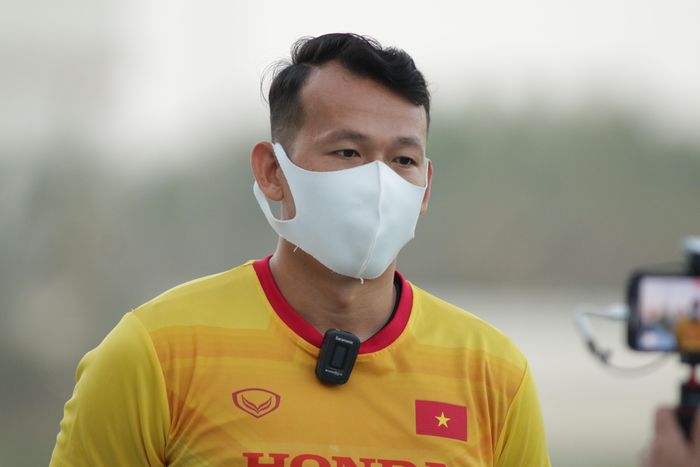 Bui Tan Truong once wanted to be a “streamer” after his contract with Becaemx Binh Duong expired. (photo by Huu Pham) Not afraid of pressure, but worried about family influence “My life as a player has a lot to say,”-Tan Truong shared at the beginning of the livestream. The goalkeeper of Hanoi club said that he is a person who likes to exchange and talk. Tan Truong also talked about mistakes when doing the job: “Human, no one is perfect. If I’m too perfect, I’ll be arrested abroad. I’m human too, are you sure you’re not wrong all your life? If you comment, I will listen and correct it, but say I’m negative, I don’t care. After Dang Van Lam was not summoned to the Vietnamese team by Coach Park Hang-seo due to the impact of the COVID-19 epidemic, Tan Truong was selected to start 3 matches in the 2022 World Cup 2nd Qualifier in the UAE. The goalkeeper of Hanoi club played very well. 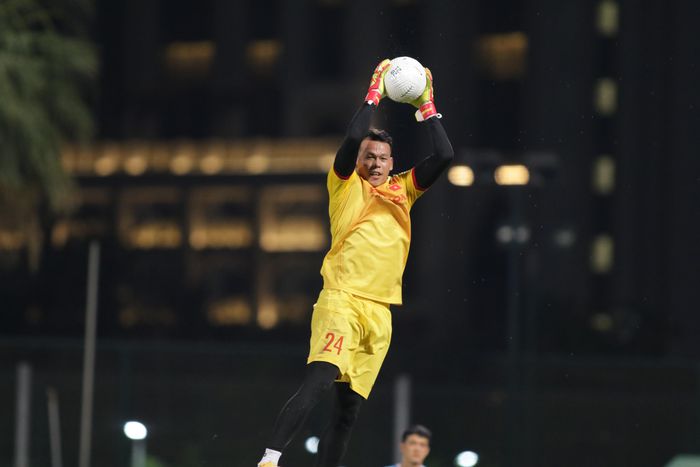 Bui Tan Truong became the number 1 goalkeeper in the second qualifying round of the 2022 World Cup in the UAE after Dang Van Lam was not called up due to the COVID-19 epidemic. (photo by Huu Pham) He said he was very worried, because in the past he was criticized for making mistakes. “The matches are really nervous, because in the past, I often made mistakes, so I was afraid of being criticized by people. In the old days, I used to read the press, wrong about everyone with the criticizing newspaper. I can overcome it, but I’m afraid of psychology because of my children and family. As long as I play, I can overcome the pressure. But I am afraid of the feeling that my children hear others say that their father has sold out, being criticized. I am very afraid that my family will be affected, but I am fine,” said Bui Tan Truong. According to Bui Tan Truong, before joining the team and going to Hanoi, he played at the end of 2019, his contract with Becamex Binh Duong expired. He went home to rest for 7 months, thinking he wouldn’t play anymore. 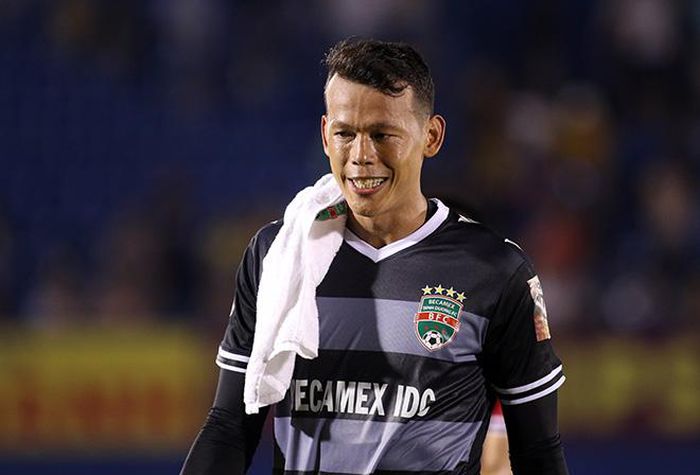 While playing for Becamex Binh Duong Club, Tan Truong made many mistakes and was criticized by fans. However, he is highly regarded for his expertise. (photo by Huu Pham) “I think I will do a livestream, each time it gets a hundred viewers. There was a time “live” for three or four hours that dozens of people watched. I appreciate them very much. There is a wave of hundreds, hundreds of people watching it, it’s really fun. Going to Hanoi has better interaction, but I’m less live. The highest hour is more than 12k viewers. Before, I actively interacted with viewers to get more viewers, but now many people read. Sometimes I like to do Vlog a lot, guys, but I can’t do it alone, I don’t know how. You must have an e-kip as well,” Tan Truong revealed. “9 years old selling lottery tickets, my life can be written into a book” Tan Truong shared that his childhood dream was to drive a car: “I am fortunate to be a professional footballer, earning money to support my family. When I was 9-10 years old, my dream was to be a car driver and earn money to support my family. Dreaming of being a driver, not a player.” According to Bui Tan Truong, he tries to work for his family, then if he is rich, he will contribute to the society, because “doing a lot of money can’t do anything, dying can’t take it away. It’s a lot to eat four meals a day.” And here is a part of Tan Truong’s autobiography about his life: “I grew up in a rural area, Long Hau commune, Dong Thap province. I grew up in Long Hau market. When I was about 9-10 years old, I used to sell lottery tickets, around 96 or 97 or something, lottery tickets were about 1,000/sheet. My family is not too poor, my mother is a trader from the past, living near the market. I sell lottery tickets because in my hometown from childhood to adulthood everyone knew gambling: playing cards, cockfighting, soccer… I grew up there and got infected. 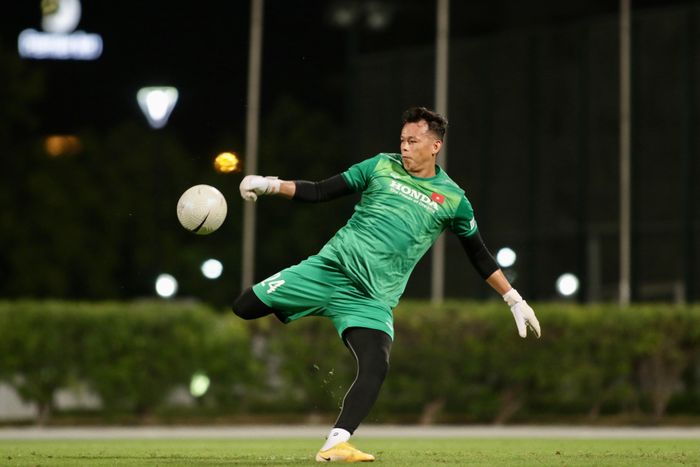 Tan Truong played well in 3 matches of the Vietnamese team in the UAE, especially in the match against Malaysia on 11/6. (photo by Huu Pham) When I was nine or ten years old, I knew how to gamble, the game for money is all about playing. Growing up, I knew that my family was difficult, since I was young I did not live with my father. Since childhood, she lived with her mother, raising 4 siblings. My mother did a lot of work, so from the moment I realized it, I loved her very much. Wherever my mother went to do business, I followed, when I was a child, I followed her mother. The furthest I went to Sadec. When I was twelve years old, I knew how to drive a Honda and smoke. When I was young, I wanted to try it, and when I saw adults smoking, I wanted to try it. At first I didn’t know I was still choking, then I became an addict.” Bui Tan Truong also shared many other memories when he was a child, such as playing in the sand, earning 12 thousand at first. Twelve years old driving 30-50kg of pork at 2am to help the family… The “livestream” of Tan Truong’s narrative until last night attracted more than 67,000 interactions and thousands of comments.