Before the Fed’s interest rate decision, the market began to bet that the bank will tighten its policy?

Local time Monday (June 14), a survey by the New York Federal Reserve showed that American households’ expectations for next year’s inflation, housing prices, income and expenditure growth all rose in May; the median one-year inflation expectation in May increased from 3.4 in April. % Rose to 4.0%, a new high since the inflation expectations index was launched in 2013. 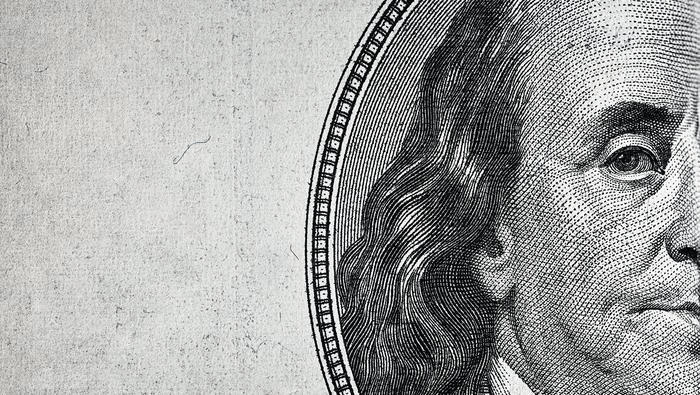 On the same day, another data released by the New York Fed also received attention. The data shows that the Fed accepted US$583.9 billion in fixed-rate reverse repurchase, which continued to hit a record high and exceeded US$500 billion for four consecutive trading days. This reflects the increasing liquidity in the US dollar financing market.

In addition, data released by the U.S. Department of Labor last Thursday (June 10) showed that the U.S. May unseasonally adjusted CPI annual rate was 5%, the highest since August 2008, with an expected 4.7% and a previous value of 4.2%; the United States 5 The monthly unseasonally adjusted core CPI annual rate was 3.8%, a new high since 1992, expected to be 3.4%, and the previous value was 3.0%.

Inflation continues to soar and liquidity is rampant. More and more institutions believe that the Fed will start the process of debt reduction at the end of this year or early next year. Some institutions even warn the Fed to ignore the risks caused by inflation!

In fact, the performance of the market may also reflect some situations. Last Friday (June 11), in the absence of heavy data or event stimulus, the US dollar index rose significantly and once touched 90.60, while gold fell by more than 20 US dollars. The above-mentioned market may be as simple as non-profit-taking, and it is not ruled out that investors are beginning to bet that the Fed will tighten policy soon. But the final decision is in the hands of the Fed. 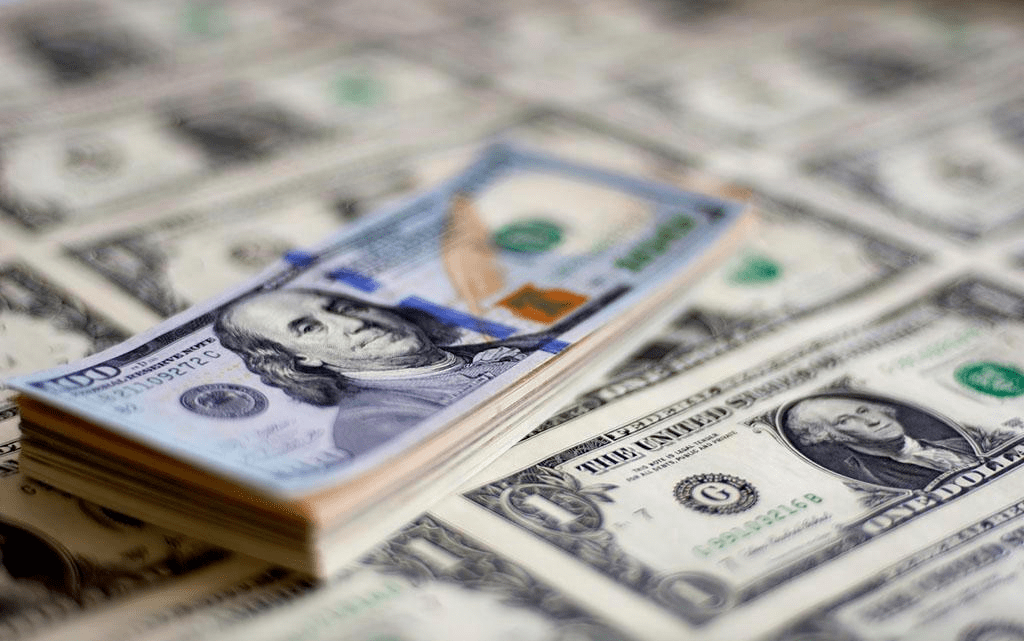 The market expects the monthly rate of retail sales in the United States to fall by 0.7% in May, which was unchanged from the previous value. If the data is in line with or lower than expected, or suggest that the effect of the White House fiscal stimulus is gradually fading, it may weaken the Fed’s expectations of tightening policy. Since consumer spending accounts for about 70% of US economic output, US retail sales data often trigger huge market shocks, so it is commonly called “terrorist data.”

As the CPI data for two consecutive months “exploded”, whether the Fed will change its description of inflation in this policy statement will be one of the focuses of the market’s attention. If the bank still insists that inflation is temporary, it implies that it should not rush to change the current easing policy, which may cause the US dollar to suffer a new round of crit. However, if the Fed admits that inflation poses risks, it will increase expectations for tightening policies, thereby providing strong support for the US dollar.

In addition, because the scale of reverse repurchase frequently hits new highs, whether the Fed makes a relevant statement on this is also worthy of attention. At the same time, the Fed’s latest quarterly economic outlook and dot-map will provide more guidance for judging the FOMC’s economic outlook, labor market, inflation expectations, and interest rate trends, and they cannot be ignored.

In short, if the Fed releases its hawkish tendencies, especially on the issue of inflation, it will be considered by the market as a signal that the bank is about to turn, and may become the fuse for the dollar to initiate a bull market; however, if the Fed still insists on inflation If it is temporary, the market will interpret that the bank is not in a hurry to tighten policy, which may cause more plunges in the dollar.

Technical analysis of the US dollar index: the performance of a position is extremely critical 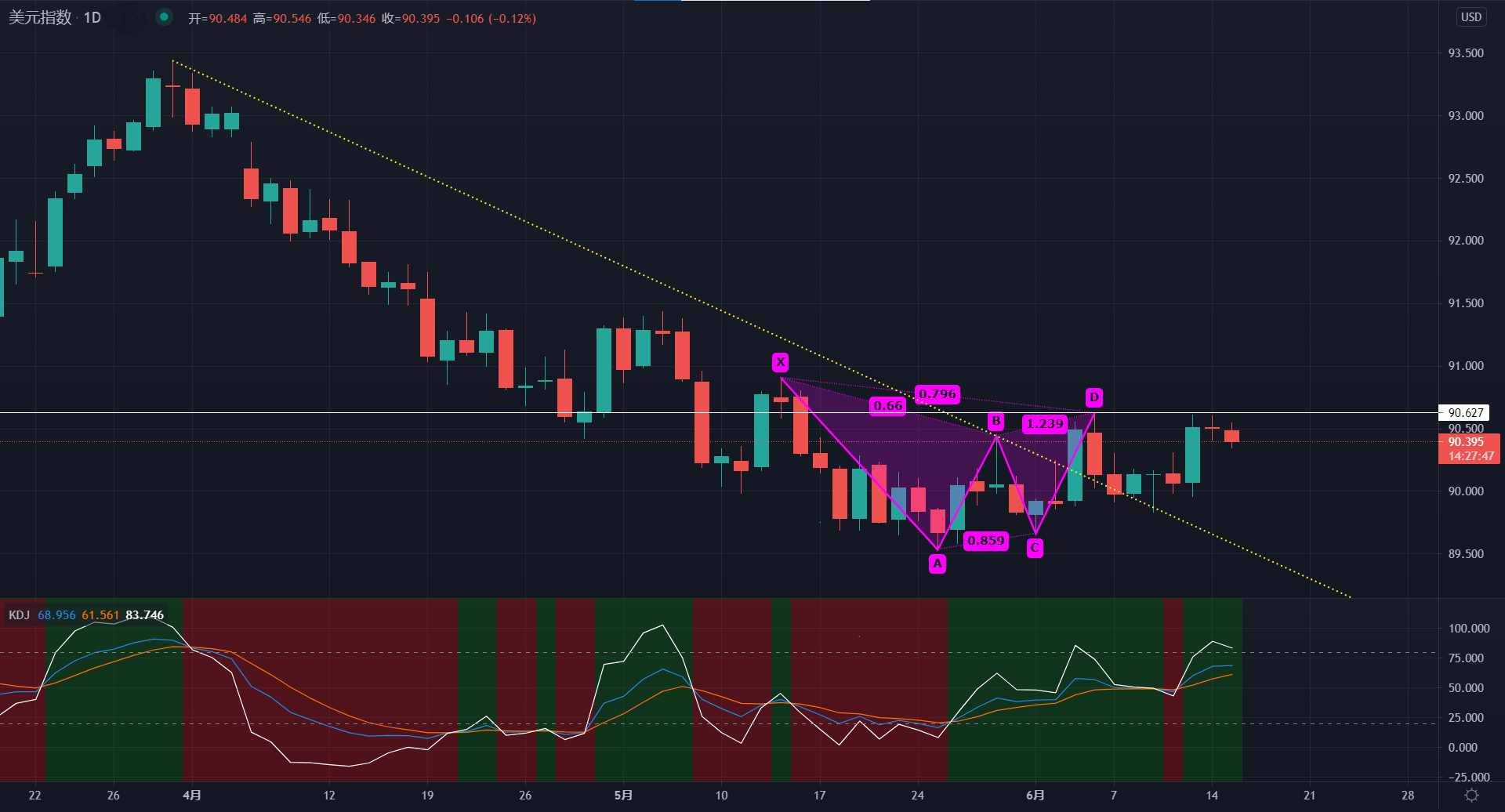 However, the downward market was supported by 0.786AD (89.77) and stabilized the downward trend line since March 31, avoiding further expansion of the decline. The key pressure above is at 90.63. If it breaks through effectively, in addition to destroying the above-mentioned Gartley pattern, the market will also constitute a bullish 123 rule, or confirm a phased bottom. It does not rule out expanding the increase to 91.00 or even 91.50.

- April 14, 2021 0
The Ukrainian situation has tended to heat up again in recent times, with Ukraine accusing Russia of planning to go to war in the...