Home News Vietnam UN warns drought could be next disaster

Drought and water scarcity could cause damage on a scale comparable to the COVID-19 pandemic, with the risk rapidly increasing due to rising global temperatures, according to a United Nations report. 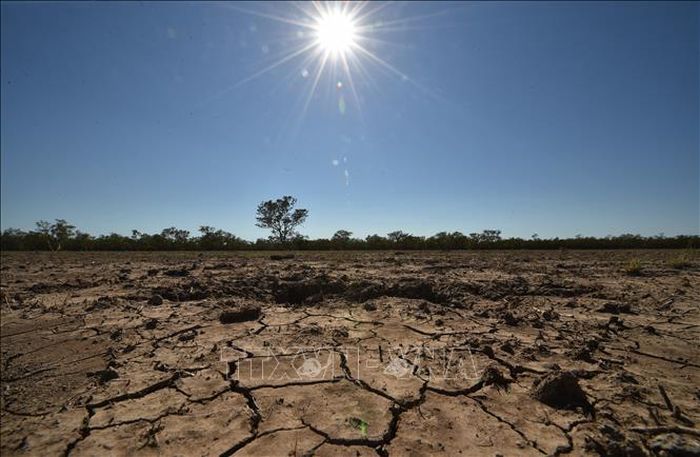 Dry landscape in a field in the town of Walgett, Australia. Photo: AFP/VNA Ms. Mami Mizutori, the UN Secretary-General’s special representative for disaster risk reduction, said that drought risks becoming the next great disaster and there is no cure. A United Nations report released on June 17 found that drought caused at least $124 billion in economic losses and affected more than 1.5 billion people between 1998 and 2017. United Nations, now that global warming has increased droughts in Southern Europe and West Africa and the number of victims will “increase significantly” unless the world acts, Ms. Mizutori said. Some 130 countries could face a major drought risk this century under the UN high-emissions scenario, another 23 would face water shortages because of population growth, and 38 countries are affected by both factors. Ms. Mizutori likens drought to a virus – which tends to be long-lasting, has a wide geographic range and causes severe damage. Countries are not affected by drought but are still affected indirectly through food insecurity and rising food prices.” The United Nations forecasts that droughts will be more frequent and severe in most of Africa, Central and South America, Central Asia, South Australia, Southern Europe, Mexico and the United States. More than 40% of European Union (EU) agricultural imports could be “vulnerable” to drought by mid-century due to climate change, according to a study published in Nature Communications in the journal Nature Communications. this week.

The provinces of the North and Central Vietnam are extremely hot

THANH HẢI - June 18, 2021 0
According to the National Center for Hydro-Meteorological Forecasting, due to the influence of the hot low pressure area in the West combined with the...