Home Science Video of ‘airplane standing still in the sky’ is discussed on social...

In addition to visual effects, the online community also uses conspiracy theories to explain this phenomenon.
According to the Unilad , user-generated footage @lesxbalboa share. In it, the plane seems to be “motionless” in the verdant summer sky. After a short time, more than 7 million people watched this strange video.

The author said that she started recording this scene because she noticed that the plane seemed to be stationary in the air. “There was another plane that flew a few minutes before so I knew it wasn’t moving,” the person added. 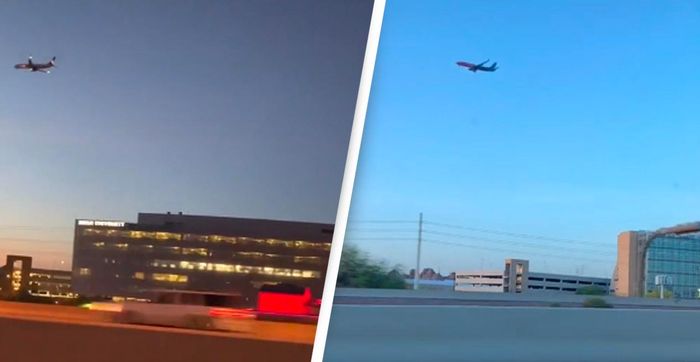 The plane is stationary in the sky in two videos. Photo: Unilad. Two days later, @lesxbalboa once again passed by the same spot and saw the plane motionless, hovering right where she had last seen it. She continued to post a second video, showing the mysterious plane standing still in the sky but this time at night. It is not clear where the video was filmed. Myself @lesxbalboa also appeared confused, she could not explain to her followers online about the strange phenomenon. “I know this is unusual. Google says it happens very rarely, but why do I see it twice,” she commented. This is not the only video showing the phenomenon of aircraft hovering, almost not moving in the air. Videos shot in Moscow, Russia or Dallas, USA have also been uploaded online and have hundreds of thousands of views. There are several ways to interpret the image of an airplane “standing” in the sky. Many people point out that this may just be a hallucination. Specifically, the blue sky behind the plane has almost no clouds or an object to refer to. The plane may not have reached top speed because it is taking off. The clip was shot on a moving car, which means the focal length and distance between the camera and the aircraft change, akin to the Dolly Zoom technique in the movies. Because the background is the sky, there is not much detail, so the viewer has the illusion that the plane is hovering in the air. In addition, if the aircraft is landing and encounters strong winds, the pilot may also have to maneuver skillfully to keep it stable. At this point, the plane actually moves very little in the air and if standing from a distance, it looks like it is standing in the sky. 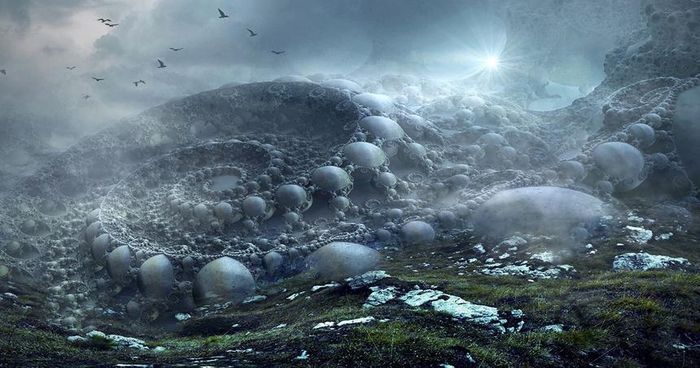 Many people associate this phenomenon with conspiracy theories about simulated worlds. Photo: Futurism. Of course, there are also many comments explaining in a humorous way. Some users joked that the plane was in “Airplane Mode” or that the pilot was taking on a challenge to make a mannequin. Others believe that the pilot has just graduated from a training course via… Zoom, the moment the plane stands still is when he is looking for more instructional videos on YouTube. For those who like conspiracy theories, there is another explanation that fits the theory that we live in a simulated world, like in the movie The Matrix. With the simulator, the plane “standing” in the air is like a system malfunction. This hypothesis originated in 2003, in a famous scientific paper by philosopher Nick Bostrom from the University of Oxford. He thinks our reality is just a computer simulation of some advanced civilization. According to Nick Bostrom, at least one of the following three statements is true: civilizations often go extinct before a realistic simulated development is possible; advanced civilizations are often not interested in creating realistic simulations; We are almost certainly living inside a computer simulation. Not only scientists, some famous figures also doubted the reality of humans. During the Recode 2016 conference, Elon Musk – founder of Tesla and SpaceX – said that “the probability that we are living in the original world is one in a billion”. What if you dig a tunnel through the Earth? The tunnel through the Earth will take several years to complete under extremely high temperatures and pressures. The gravity train will make this trip in 42 minutes.

The mystery of genius syndrome turns ordinary people into prodigies in...

Theo Hoàng Dương/Thời đại plus - June 16, 2021 0
These people have experienced sudden trauma and suddenly possess a natural ability that has never existed before. Most of us wish we could wake...