Home News World Why is Swarm known as one of the three pillars of web3.0?

Recently, the popularity of Swarm can be said to have risen one after another. In the WeChat Index, we can see that the popularity of Swarm is much higher than that of BTC and ETH, almost 8 times that of BTC and 10 times that of ETH, and continues to climb, with a daily increase of 54.2%. So, what is it that supports and promotes the popularity of the Swarm project? Next, let’s explain in detail what Swarm is? Why Swarm, together with Ethereum and Whisper, is known as one of the three pillars of Web3.0. What exactly is Swarm? Swarm is a decentralized content storage and distribution network , Is a Web 3.0 stack, it is decentralized, secure and motivating. Swarm provides point-to-point storage and service solutions. It has the characteristics of DDos resistance, zero downtime, fault tolerance, anti-censorship and self-maintenance. It has a built-in incentive system that allows users to pay for transaction resources through point-to-point accounting. , And uses different protocols and technologies in the Ethereum blockchain, which contributes to the decentralization of the web. The core architecture layer is divided into four layers, which are the underlying P2P network, distributed storage, components that provide high-level data access and define APIs for basic layer functions, and the application layer. 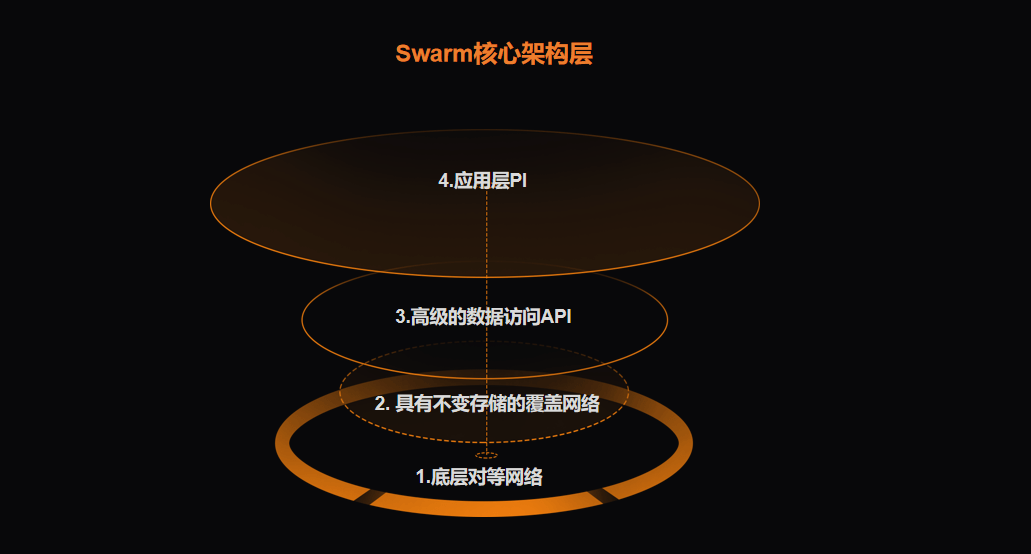 We all know that we are entering a digital society, and data information is becoming the basic layer of the social structure. Swarm is committed to building a distributed storage system with three core highlights: 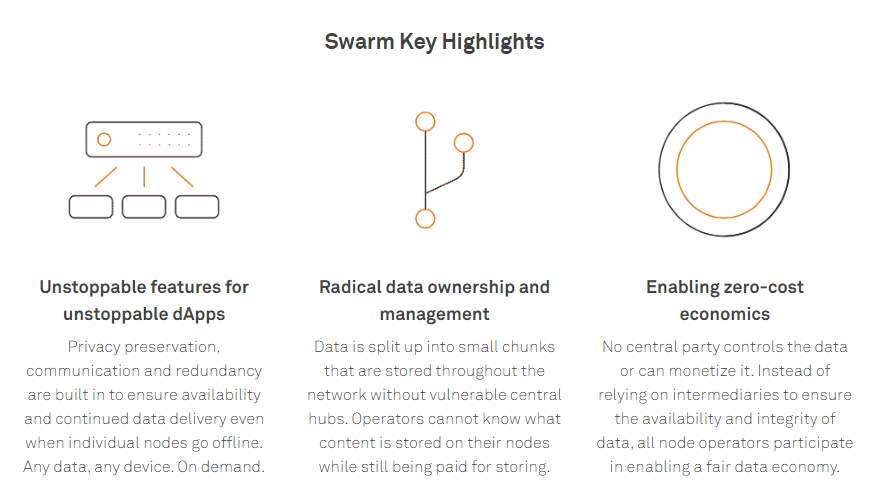 Swarm’s long-term vision is to give data freedom to the entire Web. Swarm-one of the three pillars of Web3.0

Swarm was launched in 2015 and was promoted by Ethereum founders Vitalik Buterin, Gavin Wood and Jeffrey Wilcke. Among them, Swarm’s protocol labels bzz and shh were created by God V, and Swarm’s white paper was also written by God V. 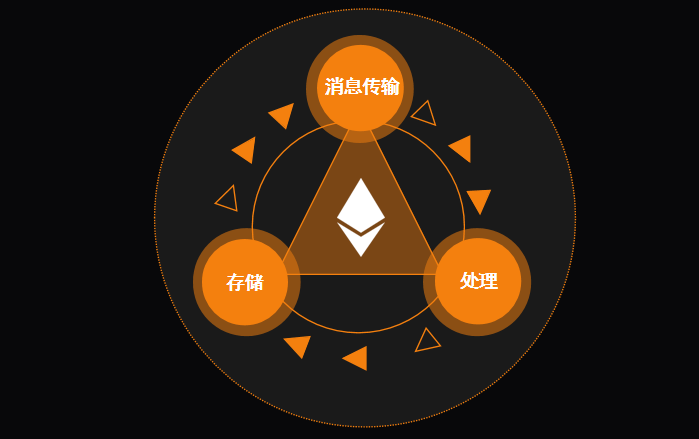 Swarm allows data storage, bandwidth and computing resources to support applications based on the Ethereum network. From the beginning, Swarm is considered to be the three pillars of Web 3.0 components together with Ethereum and Whisper. Ethereum’s smart contract Realized distributed logic, Constructed a huge underlying ecology of the blockchain , With the rapid development of DeFi in the past two years, the ecology on the Ethereum chain has become more and more prosperous, and the demand for data storage has become more urgent; the identity communication system in Ethereum Whisper A communication protocol designed for interaction between DApps, Constructed a message transmission channel between DApps. Swarm, which can provide solutions for storing and distributing DApp code data and blockchain data on the Ethereum chain ; This means that, because of the blessing of Swarm, the DAPP application on Ethereum realizes the storage, calling and circulation of data on the Ethereum network. The data storage on the Ethereum network can be simply and conveniently stored on Swarm, which not only helps the development of DApps, promotes the growth and prosperity of the Swarm network ecology, but is also conducive to the efficient growth of the entire Ethereum network and promotes the development of the entire blockchain. Application landing. The history of Swarm On June 4, 2021, the official Twitter of the Swarm Foundation released the latest news that the soft launch of the Bee mainnet will take place on June 13. At that moment, we felt the cheers and boiling of all Swarm fans.

Now, the moment of the mainnet launch is coming soon!

The Swarm network has a concept of bookkeeping.

When data enters the Swarm network, Swarm will cut each file into 4K file fragments, and then store them in different nodes. For example, if node A stores data once, it will keep an account once. Similarly, node B is the same.

As the number of bookkeeping increases, the concept of a checkbook will emerge. Every data transmission and return will be clearly displayed in the checkbook. Finally, the node (miner) can exchange the checkbook for the corresponding denomination of BZZ. In other words, the Swarm network is equivalent to a coordinating role. When there is an order for data, the data is divided into pieces, and then the content is distributed to the nodes. Therefore, if a node wants to get more orders, it can only transmit more data and obtain higher revenues if it is associated with more nodes and interacts.

In general, if we want to get more storage order probability and get more mining rewards, we not only need good hardware equipment and high-quality broadband resources, but also a strong technical team for blessing, including but not limited to Excellent bandwidth conversion efficiency, excellent ability to grab orders and take orders, and have a deep understanding of the nature of the Swarm network.

Author: Noah Technology; from the content open platform “Didehao”, this article only represents the author’s point of view, does not represent the official position of the chain. The originality and authenticity of the content are determined by the contributor. It is guaranteed that if the manuscript has legal consequences caused by plagiarism, fraud, etc., the contributor is responsible for publishing the article on the platform. If there are infringements, violations and other inappropriate content, please supervise the readers. Once confirmed, the platform will immediately download line. If you have any questions about the content of the article, please contact WeChat: chaindd123