Home Entertainment Cinema & TV Behind the story of Sun Wukong being ordained to the Bo Ma...

In ‘Journey to the West’, Ngo Thua An uses this story to satirize the contemporary ruling class that doesn’t know how to use people.
From the moment he learned the bravery of the seven decades and the miraculous powers of incarnation from the Bodhi Patriarch, he robbed the “Ru Y Kim Co Bang” of the Dong Hai Long King, and made a big mess of Sam La Dien, self-corrected the book of life and death, causing the Jade Emperor to panic.

Jade Emperor then followed the advice of Thai Bach Kim Tinh, sent a holy order, conferred Ton Ngo Khong the title of “Bot Ma On”, invited the King to come to Thien Cung, hoping to use this to bind the US. Monkey King. In the ancient Chinese fairy genealogy, including the officials of the gods, there are many things that are made up of imagination – the world does not have this official. Although Journey to the west is a mythological novel, the duties of the official are thus fictitious, there are many positions borrowed using the mandarin of the Ming Dynasty. “Turn Ma On” is not without reason, so in history there is an official “Boat Ma On” or not? During the Ming Dynasty, there was the position of Ngu Ma Giam, starting from the year of Hong Vo – Thai To Chu Nguyen Chuong, the deacons were all in charge of the eunuchs. The eunuchs as Ngu Ma Giam, the official must be the fourth grade, those who belong to the fourth or fifth grade are not selected. But if they don’t take good care of the horse, let the horse die, they will be punished very severely. Just like in Journey to the west In heaven, the eunuchs Ngu Ma Giam used to say: “If a horse is weak and weak, it will be punished. If the horse is injured, it will be compensated and questioned.” There was an official Ngu Ma of the Ming dynasty called Thai tu tu, starting in March 1371, the fourth year of Hong Vo, the main position was called Thai bo tu khanh, the secondary position was called Thieu khanh. 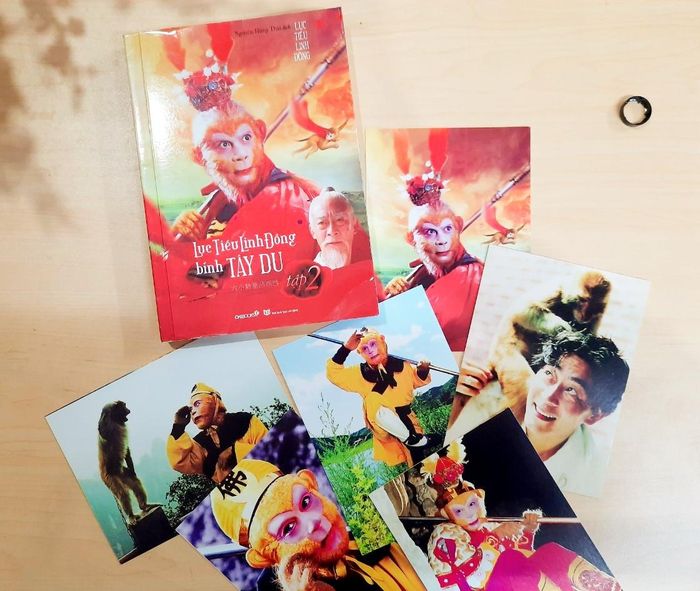 The Marquis at that time was called “Ton Thai Tu Tu”. Why is it called “Turn on Code On”? Don’t say it’s the Ming Dynasty, all the mandarins of other dynasties don’t have a position called “Bot Ma On”. According to a record of ancient monsters, during the time of Tong Jin, the horse of the Trieu country suddenly fell dead, someone used an animal similar to a monkey (ape) to save them. Therefore, later people often locked a monkey in a stable and thought that by doing so, the horse would not be infected with plague. Traditional Chinese medicine also has a similar view of this. For example, books Sacrifice Essential Art by Jia Tu Hiep, who lived in Northern Wei, wrote: “Usually forcing the maid to go to the stables, it can prevent the horse from panicking, and also ward off evil, and cure all diseases.” In the Ming Dynasty, Ly Thoi Tran, in the draft outline, it was also mentioned that “The female monkey kept in the stable can help the horse avoid plague”. “Turn Ma On” (transliteration: Bi Ma Wen = Turn on code on) and “Tí Ma On” (transliterated: Bi Ma Wen = Ti Ma On) are homonyms with different meanings. So in Journey to the west Emperor Ngoc of Thien Cung chose a relatively beautiful official named “Bot Ma On” to let Ton Hau Vuong take over. Obviously, “Boat Ma On” is just another homonym with the same meaning as Ti Ma On. In the work Journey to the west By author Ngo Thua An, he gave the male breed Ton Hou a very strange nickname, which is certainly a very humorous description. Under his pen, “Bot Ma On” was directed by Emperor Jade Emperor himself. This is a poignant satire of the emperor in heaven and the emperor on earth. Their way of domination, if not concealment, is deceit. The Jade Emperor let the Hou King act as “Boat Ma Wen”, just one of the many examples of deception and hiding. Later, Sun Wukong learned the truth from someone else’s mouth. Bu Ma Wen is not only the smallest official but also “unofficial” among the officials. Therefore, Sun Wukong suddenly became angry, gritted his teeth and rolled his eyes, saying: “Dare to despise old Ton, old Ton I live in Hoa Qua Son, claiming to be King and claiming to be Patriarch, but dare to trick me into going to heaven to raise horses? Horse-keepers are just juniors, low-class people, why should it be my turn? He did not do! He didn’t do it!”. So, Ton Ngo Khong shouted, broke the koan, beat the Heaven Gate, and returned to Hoa Qua Son. The monkeys came to meet the Hou, and they were also angry and said, “The king is the king in this heavenly paradise, so respected and happy, why do you want to be a groom for people?” If you discuss with Sun Wukong’s bravery, you can’t be as majestic as the position of Marshal Thien Bong of Tru Bat Gioi, and you can’t call it Sa Tang’s official Quan Liem General, no wonder the Marquis is angry. . Moreover, in this story, Ton Ngo Khong shows a very strong self-esteem. When we went to get the scriptures, we still hated that other people called us “Boat Ma On”. If there is any goblin who does not know or deliberately rubs salt into the old wound, it will certainly be avenged by the monkey twice by destroying the entire lair. Work Journey to the west showed a very clear social meaning. Ngo Thua An was the one who understood it best and used this story to satirize the contemporary ruling class that did not know how to use people. Ngo Thua An was once a “famous” writer, but it was not until he was over 40 years old that he got the title of Tue Cong born, more than 60 years old, he was allowed to do Truong Hung district. Ngo Thua An borrowed the story of Ton Ngo Khong treason with the implication for his thoughts, and also wanted to regain some justice for all the amateurs in the world who had no time to study but did not meet the time.

Little is known about the scheming and tricking mother in ‘Flavor...