As close brothers in real life, Hoang Anh Vu and Bao Han found it extremely difficult to perform their first kiss on film.


Behind the scenes of the kiss scene of Hoang Anh Vu and Bao Han in ‘Let’s say love’ Hoang Anh Vu and Bao Han once acted in the same movie Go home baby 2 years ago, but at that time, Hoang Anh Vu mainly had scenes with Bao Thanh and Quoc Truong. In Let’s say love, The two brothers had the opportunity to act together and this time they played an interesting couple, when the owner Duy (Anh Vu) fell in love with employee Tu (Bao Han). This is also the first movie Hoang Anh Vu has a kiss scene with his co-star. This was not easy for the actor born in 1988. “This is the first time I show a slightly hot scene on television. If you know what it feels like to be tense, then I was stiff. That kiss scene was done over and over again 6-7 times”, Hoang Anh Vu said in the program VTV Connect. 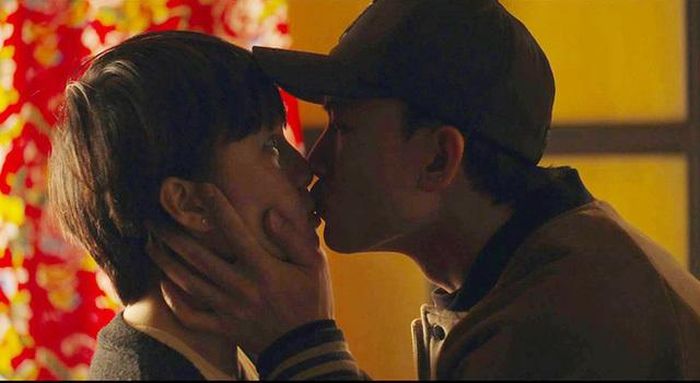 The first on-screen kiss of Hoang Anh Vu and Bao Han. The actor shared that because outside, the two brothers played quite well with each other, so there was a good deal of eating and when filming, there was an easy exchange. “There is only one thing that is difficult to correct, that is, we have played together so closely, we are considered brothers, so there is no way to have a love story here. Close the emotional parts that are very difficult to interact with, laugh and joke around. ok”. And Bao Han said that to prepare for the kiss scene, she had to mentally react to the role of Tu appropriately, looking shy. “Although reading the script, I knew it was a kiss, but how can I be shocked and consider it the first time I was forced to kiss by my boss,” the actress shared. Bao Han added that because he was close to Hoang Anh Vu in real life, it was not difficult for the two brothers to enter the film. 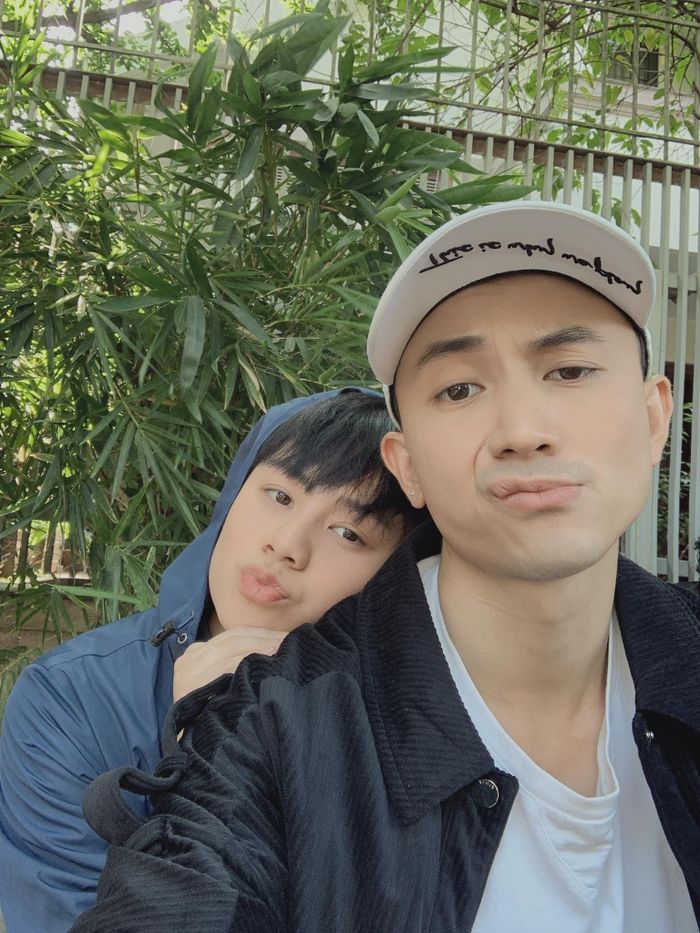 Hoang Anh Vu and Bao Han are close in real life. In addition to the recent kiss, at the end of the film, the two characters Tu and Duy also have a quite romantic kiss scene on the riverside. “This scene is very beautiful and meaningful, after two people have a sincere exchange from the bottom of their hearts, putting all the distance, the love story is better.” However, according to Hoang Anh Vu’s revelation, Duy – Tu’s love story will be turbulent in the future. “If the couple goes on smoothly and happily forever in happy and favorable conditions, it will be boring because life is never easy for anyone.” In addition to his role in Let’s say love, At this time, Hoang Anh Vu also covered the golden hour on weekdays as Huy – Long’s younger brother in The taste of friendship . In the movie, Hoang Anh Vu is paired with Thu Quynh (Khanh Thy), the actor who plays the eldest sister in the film Go home, child. Thus, up to this point, the last 3 films with the participation of Hoang Anh Vu are paired with a trio of actors playing the role of Mr. Go home baby including Thu Hue (Thu Quynh), Anh Thu (Bao Thanh) and Anh Duong (Bao Han).

Ngọc Trang - April 16, 2021 0
Amidst the noise of playing badly, Ly Hai and the film crew 'Turn over: 48H', recently, Tran Thanh has officially livestreamed about the incident. ...