Engineers are trying to quiet the mysterious sound described as ‘spooky harmonica’ on the Golden Gate bridge in San Francisco, California (USA). 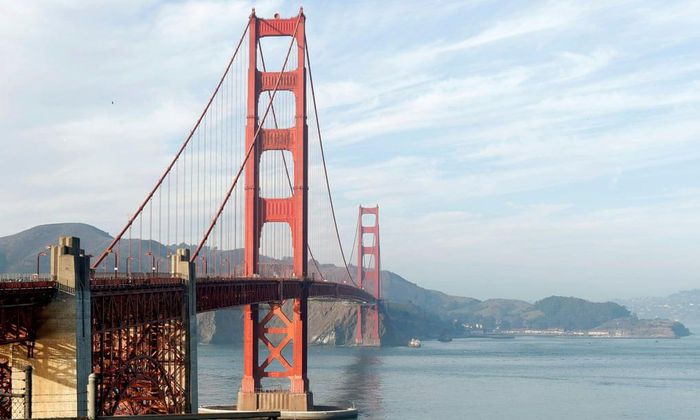 The Golden Gate Bridge in San Francisco has been making strange noises for the past year. Photo: Reuters Strange sound According to The Guardian (UK), in a windy tunnel in the southwest of Ontario, California, a team of acoustic and aerodynamic experts is testing on a model of the railing of the Golden Gate Bridge. Experts have contracted to solve the mystery of a strange humming sound emanating from the famous bridge in San Francisco over the past year. Some residents living nearby feel extremely uncomfortable hearing this noise. Accordingly, this mysterious sound appears only on days with strong winds. It has been compared by some to the “ghost harmonica”, “the sound of the monks chanting”, or the “wheezing sound”. This strange sound quickly became a thrilling story in San Francisco. A music producer has put it on a track of existential fear. Some amused people consider it the “mellow song” of the bridge, others say the sound is very “creepy” and they can’t stand it. aliens made this noise. “It sounds like a noise I can imagine prison guards use to torture prisoners,” one social media user shared. But whether San Francisco people love it or hate it, engineers will get rid of it next summer. Video: The mysterious sound from the Golden Gate Bridge (Source: Youtube): The cause of the mysterious sound After residents of the city began complaining about the noise in June 2020, authorities began an investigation. They monitor this sound and use instruments to measure the vibration of the humming. They found that the sound usually comes out at 440 hz, matching the note of A. The noise occurs when the wind hits the new balustrade, installed from a slight angle, slightly north or south, relative to the normal wind from the west. “After carefully studying the phenomenon, we determined the sound was coming from the new aerodynamic railing that we installed on the west side,” said Paolo Cosulich-Schwartz, a spokesman for the Bridge Management Board. . “It is part of the Golden Gate Bridge upgrade, designed to protect the bridge by allowing it to withstand sustained high winds of up to about 160 km/h.” He said new, thinner railings have been installed to ensure the bridge doesn’t have the same problems as the ill-fated Tacoma Narrows Bridge in Washington. The bridge shook violently in the wind, then collapsed in 1940, shortly after a few months of construction. “So we had to go ahead with this project. As climate change leads to more extreme weather events, it is imperative that the construction be completed as soon as possible,” said Cosulich-Schwartz, adding that the building was retrofitted with wind resistance in 2016. last year at a cost of $12 million. A study conducted in 2013 showed that the maximum wind speed that the bridge can withstand is 111 km/h. Since its inauguration, the Golden Gate Bridge has been closed 3 times due to bad weather conditions, in 1951 with strong winds of 111 km/h, in 1982 with strong winds of 113 km/h and in 1983 with strong winds of 121 km /H. Fortunately, no damage occurred. So bridge engineers looked for newer thin slats that would allow the bridge to withstand winds of up to 160km/h. They just didn’t expect the bars to create such a “symphony”. Wind gusts of 160km/h are only possible in the event of a tornado, hurricane or tropical storm, said Warren Blier, a senior science official with the National Weather Service. 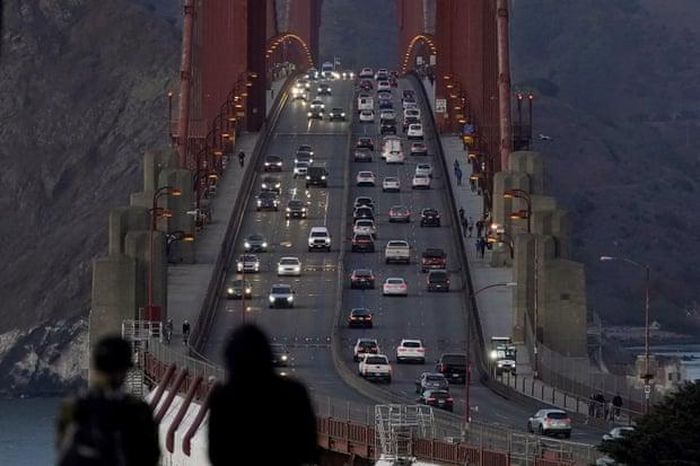 The Golden Gate Bridge has been closed 3 times in its history due to strong winds. Photo: AP Attempts to silence the noise Meanwhile, engineers are determined to find a way to fix the problem. At engineering firm RWDI, an hour west of Toronto, a model of a bridge the size of a conference room was built in a wind tunnel. Engineers are testing various wind speeds and modifications to see if they can quell the noise. However, in the city of San Francisco, not everyone wants this noise to go away. A local blogger even created a sound list around the Golden Gate Bridge to help listeners sleep better. “I love the sound,” says Brianne Howell, a resident of west San Francisco, who shot a video of the bridge humming on one of her regular walks along the coast. “It reminds me of the weird sound in a horror movie. It’s sad to have to remove it.” Construction of the Golden Gate Bridge was started in 1933 and completed in 1937. The bridge spanning the Pacific Ocean, connecting the city of San Francisco with Marin County, has a length of up to 2,700 meters and a ground height of nearly 90 meters. . The Golden Gate Bridge is not only famous for its arduous construction process, but is also known as a tourist magnet of the United States.

The mystery of the origin of the Fukang . meteorite

editor - June 17, 2021 0
Fukang meteorite is the name of a rock discovered in China. Belonging to an iron-rock meteorite (Pallasite), it is recognized by fragments of olivine...