Donnie Yen is afraid of being seriously injured by Mike Tyson when confronting in ‘Ip Man 3’. The actor called the film a ‘life-and-death boxing match’.
Donnie Yen is currently preparing to return with Wrath of Fire – the last film of the late director Tran Moc Thang. When the film is about to be released, the Hong Kong actor recalls the films that once made a name, including Ip Man . Hong Kong martial arts star remembers Mike Tyson’s heavy punch when filming Ip Man 3 (2015).

Recalling the scene above, Donnie Yen said he thought he would have died if he hadn’t dodged the blow in time. “Just a little carelessness, punches can be fatal,” Donnie Yen told SCMP. 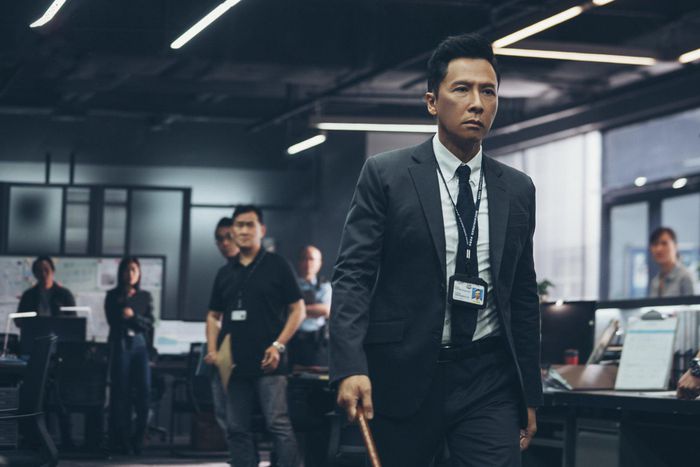 Donnie Yen returns with the police drama Fury. Photo: SIFF. Miss Mike Tyson Donnie Yen said he is a longtime fan of boxing matches, especially his idol Mike Tyson. As a child, the actor used to stay up until 4-5 am to watch the matches of black stars on the small screen. “When I first met Mike Tyson, I was very emotional. I don’t think I’ll be acting with an idol. I was really worried at first. I’m afraid he can’t control the force of the punches because Mike is actually not a professional actor. I was very cautious,” said Donnie Yen. When filming Ip Man 3, Donnie Yen always considers this to be a life-and-death boxing match. He recalled his fight with Mike Tyson in the action movie. For a moment, Mike’s punch grazed Donnie Yen’s head, even coming close to touching the Hong Kong actor’s hair, before the punch hit the sandbag behind. 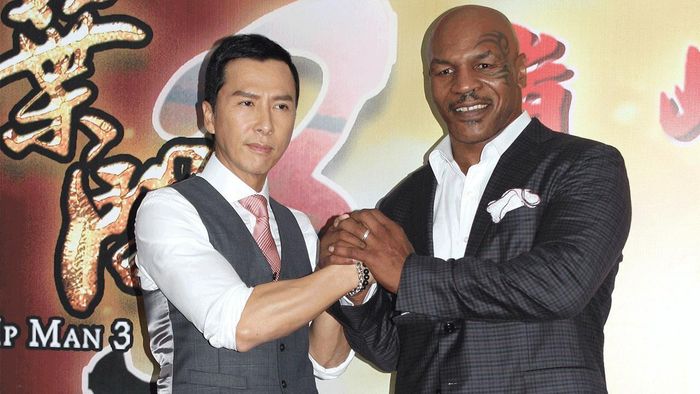 Donnie Yen is afraid of being seriously injured by Mike Tyson in Ip Man 3. Photo: China Daily. “I had to immediately lower my head to avoid an accident. He used a lot of force, even all of his energy, to throw the punch. As Mike approached, I felt like a big truck was coming towards me. 8 years later I still vividly remember that dangerous moment”, movie star Ip Man talk to SCMP. After an encounter with “the scariest man on the planet”, Donnie Yen said that Fire Rage – the latest work in the actor’s career – is the action film that makes him most satisfied in his decades of filming. In Fire Rage , Donnie Yen plays with Nicholas Tse. The film premiered at the Shanghai International Film Festival. This is the third work Donnie Yen collaborated with director Tran Moc Thang. Before that, he acted in two movies Hong Hy Quan (1994) and Martial art (1995). “Director Tran Moc Thang is the best partner I have ever worked with. When he contacted me in 2018 to do Wrath of Fire , I immediately accepted, even though we have not had any joint work in the past two decades,” said the 58-year-old star. Donnie Yen said that the director surnamed Tran made many different films throughout his career, but his forte was police and crime films, typically Assault team (1996) and Who I am? (1998). Donnie Yen said they didn’t plan to do it at first Fire fury. “We went to Mexico to make a movie about the police involved in the drug cartel. However, due to high production costs, Emperor Entertainment Group had to suspend the project. Tran Moc Thang was disappointed for a while. Then I encouraged him to make a film about the Hong Kong police and the film was born,” the actor said. Afraid of Ly Lien Kiet In 2020, Donnie Yen appeared in Hollywood movies such as Mulan and Rogue One: A Star Wars Story. In early June, the martial arts star was confirmed to participate John Wick 4 with Keanu Reeves. For many years, Donnie Yen has been hard at work in action movies. When asked which star made him the most awkward to work with, the actor confirmed that it was Jet Li – a martial arts star who made a splash in Hollywood. “When closing Hoang Phi Hong 2: A man is self-sufficient, Me and Jet Li were very young. He plays the role of Hoang Phi Hong, I am Nalan Nguyen Thuat – the arch-enemy of the male lead. We all tried our best to create martial arts scenes in the movie,” said Donnie Yen. “Lien Kiet moves very fast. I had to react quickly and continuously to get along with him. If either of them slow down, we’ll hurt the enemy. Therefore, both of them fought in the strongest possible position, using all their strength. He is a formidable opponent,” Donnie Yen added with SCMP. 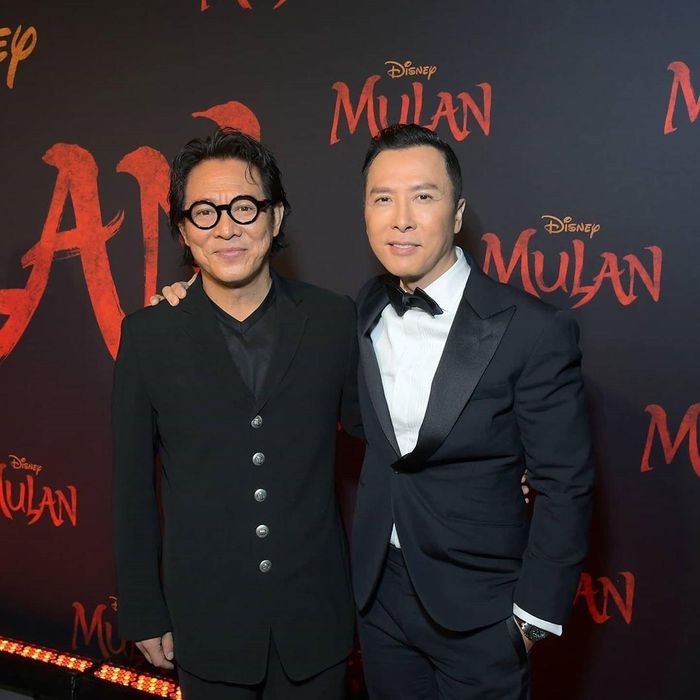 Donnie Yen admitted to facing many difficulties when confronting Jet Li in action movies. Photo: Grunge. Recalling the experience of filming with Jet Li in Hero (2002) – Zhang Yimou’s film, Donnie Yen says this combination is even more intense and difficult Hoang Phi Hong 2: A man is self-sufficient. “In the movie, I use a spear – a long weapon with a red tassel on the end, he uses a sword. In one scene, I had to use all my strength to fight Jet Li. I was under a lot of pressure”, movie star Big Brother tell. In addition to appearing in action movies, Donnie Yen is also behind the camera, taking on the work of directing through films. Legendary Warrior (1996) and Killer kiss (1998). “Being a director is very difficult. Previously when working Killer kiss and Legendary Warrior , I don’t have money to pay the crew members. For more than a year, I did not act in films to fulfill my dream of becoming a director. However, I found that to be not the case. I turned to cigarettes because I was under a lot of pressure,” said Donnie Yen. When asked about returning as a director, Donnie Yen said that he was too old to sit behind the camera. “I am too old now. I can’t take that pressure anymore,” the martial arts star told SCMP.

Ngọc Trang - April 23, 2021 0
No longer a wife who is hurt by her husband's habit of being flowery, Cao Thai Ha will have a spectacular "transformation" in appearance...