As rare supercars worth up to millions of dollars, Bugatti Veyron or Ferrari Enzo are abandoned to the point of being filled with dust in the UAE. 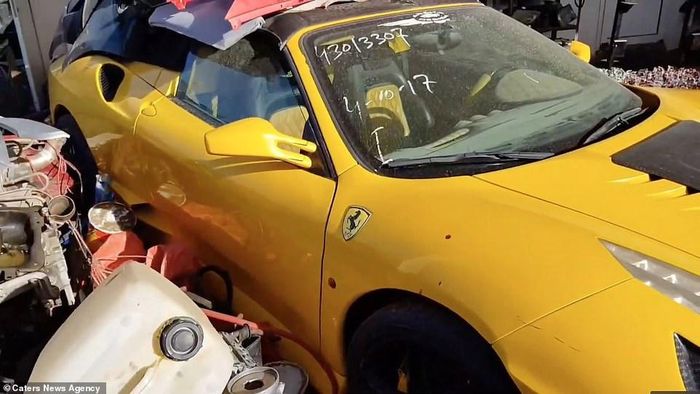 The countries of the Middle East are considered the “supercar capitals” of the world. In particular, the UAE (United Arab Emirates) is home to the most supercars with two cities, Abu Dhabi and Dubai. Due to the high occurrence rate, supercars in this country are no longer so special. They are even forgotten in the garage or thrown on the side of the road after an accident, even if they are a rare supercar. Photo: Caters News Agency. 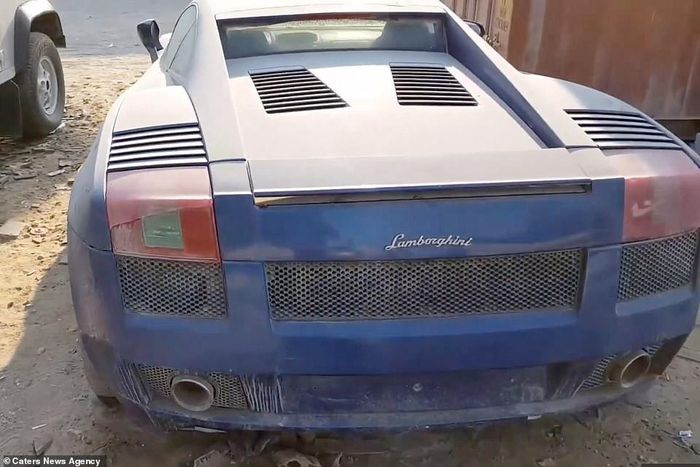 A blue Lamborghini Gallardo lies covered in dust in a roadside parking lot in Dubai. According to Gulf News, every year about 2,000-3,000 cars are abandoned in the UAE for the simple reason that their owners forget their existence. Photo: Caters News Agency.

Gallardo’s “elder” model – Aventador – was also left with the same fate that it was covered in dust at Dubai airport. The 2-digit control plate shows that the car owner is a rich person. In Dubai, the fewer digits a sign has, the more valuable it is and usually has to go through an auction. Photo: cartoq. 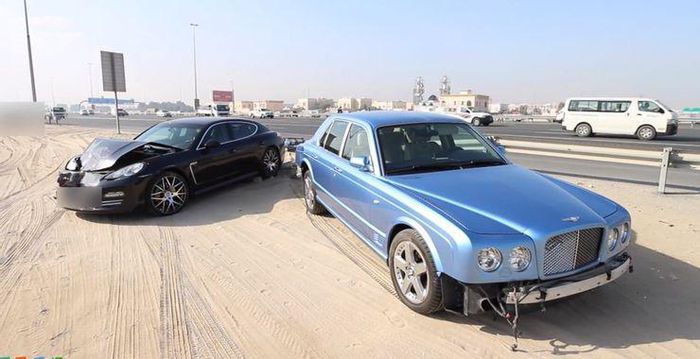 In Vietnam, Bentley Arnage is a rare luxury car model, the number of which can be counted on the fingers. In Dubai, this model is not so special. After colliding with a Porsche Panamera, the blue Arnage was left by its owner on the highway in Dubai. According to local media, the two models were left on the side of the road for a few days before being moved. Photo: cartoq. 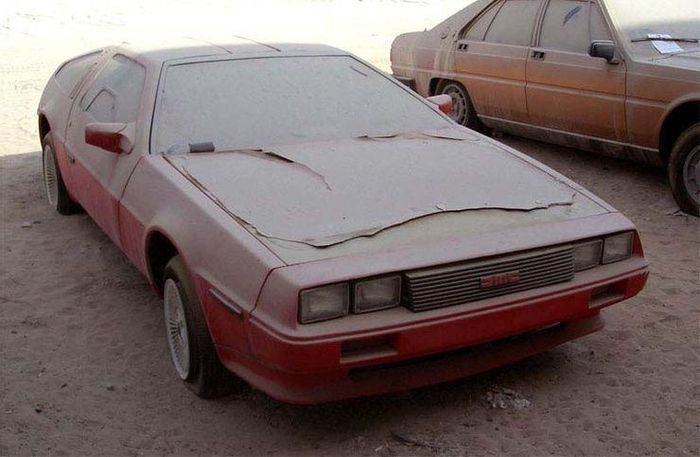 Not as prominent as Ferrari or Lamborghini, the red DMC DeLorean neglected in Dubai still deserves to be on this list. During the production phase (1981-1983), DMC DeLorean was not given much attention. It was not until it appeared in the movie Back To The Future (1985) that this model became famous. Currently, the number of DeLorean that can operate in the world is not much, but it is abandoned in Dubai. Photo: Auto Evolution. 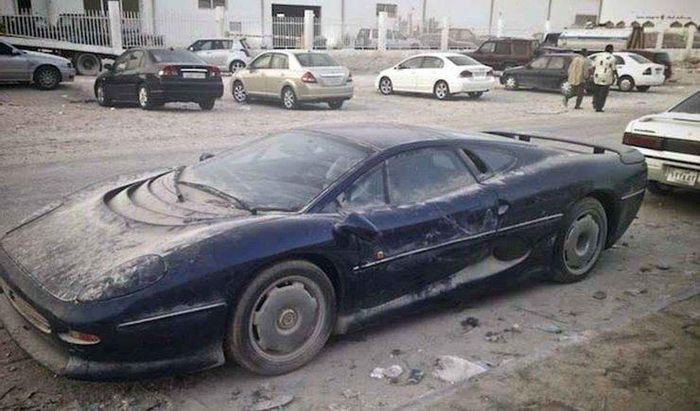 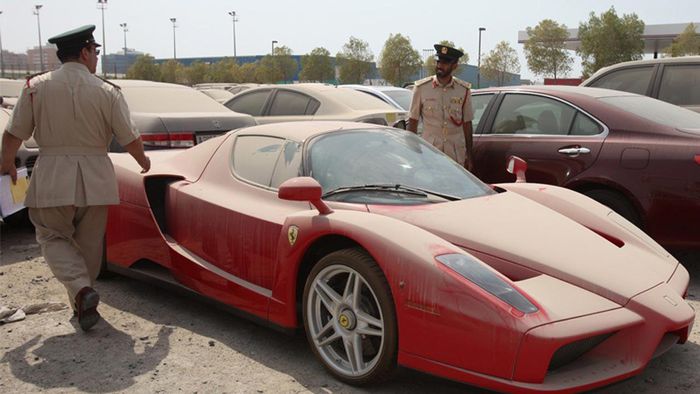 The most famous abandoned car model in the UAE is probably the Ferrari Enzo. For supercar fans around the world, the Ferrari Enzo is a legend. There were about 400 Enzo units produced between 2002-2004 with an ex-works price of about 650,000 USD (equivalent to 900,000 USD at present). The Ferrari logo is the cheapest at $2.5 million on the used car market. Photo: Auto Evolution. 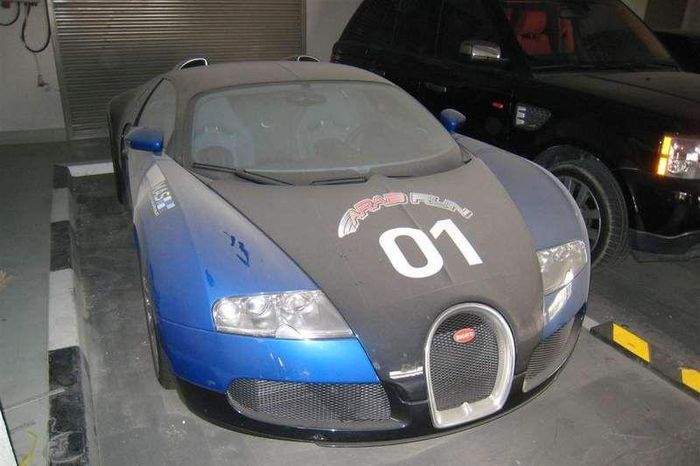 If the Enzo is a rare and expensive supercar, owning a Bugatti is even more difficult. You must be “approved” by the French supercar company before signing a sales contract. The Veyron in the photo is covered in dust but is in fairly new condition. It seems that this supercar has never rolled before being abandoned. Photo: Pinterest. 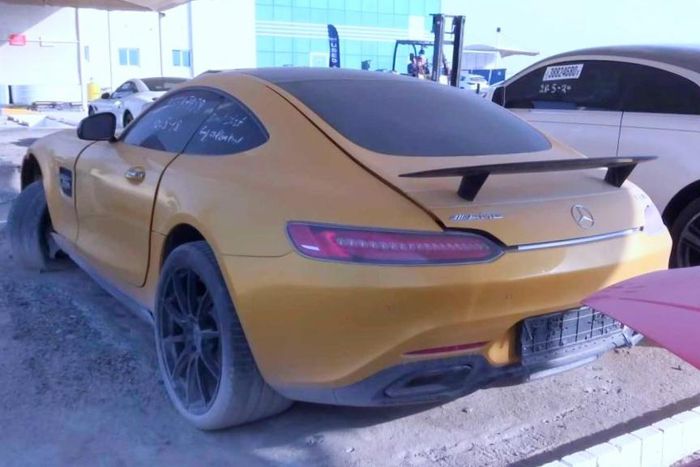 Over the past 20 years, the UAE has attracted many foreign investors to this country. Earning a lot of money and not having to pay personal income tax makes entrepreneurs splurge to buy supercars. After the 2008 economic crisis, many businesses went bankrupt and entrepreneurs fled the UAE before going to jail. Therefore, they do not have time to liquidate assets, including supercars. Photo: Pinterest.

Volkswagen Taos vs Kia Seltos with the converted price of 530...

editor - April 23, 2021 0
The equipment configuration and detailed price of Volkswagen Taos have just been announced in the North American region. Located under Tiguan in Volkswagen's global...