The multimillion-dollar mansions of notorious drug lords Joaquín ‘El Chapo’ Guzmán and Amado Carrillo Fuentes will be put up for sale to buy a COVID-19 vaccine for Mexicans.

Joaquin “El Chapo” Guzmán, center, is extradited to the US in 2017. Photo: AP Insider reports that the Mexican government has just announced that it will hold a “super lottery” on September 15 with 22 prizes with a total value of up to 12.5 million USD, including foreclosed villas. revenue from the two drug lords mentioned above. President Andres Manuel Lopez Obrador said the proceeds from the lottery program will be used to buy COVID-19 vaccines, medicines and award some scholarships. According to Indep, the villa of Carrillo Fuentes – leader of the Juarez drug cartel – located in the Jardines del Pedregal area near the capital Mexico City is valued at nearly $ 4 million. Foreclosed on more than 20 years ago, the property measures nearly 10,000 square feet and has an indoor swimming pool, nine bedrooms, several saunas, a wine cellar and a banquet hall. According to Indep, the mansion of the late boss Fuentes is still fully furnished. Meanwhile, the mansion of the “dwarf” Joaqín Guzmán, who was once in charge of the notorious Sinaloa cartel, is located in the city of Culiacán, capital of the state of Sinaloa on the West Coast of Mexico. This is where Guzmán escaped from the police in February 2014 by running through a secret tunnel hidden under the bathtub. Joaqín Guzmán’s house has two bedrooms, a living room, a dining room, a garage and a front garden. It is valued at $200,000, which is quite a bit higher than the real estate market in Sinaloa. In the previous sale of Indep, no one bought the two houses mentioned above. 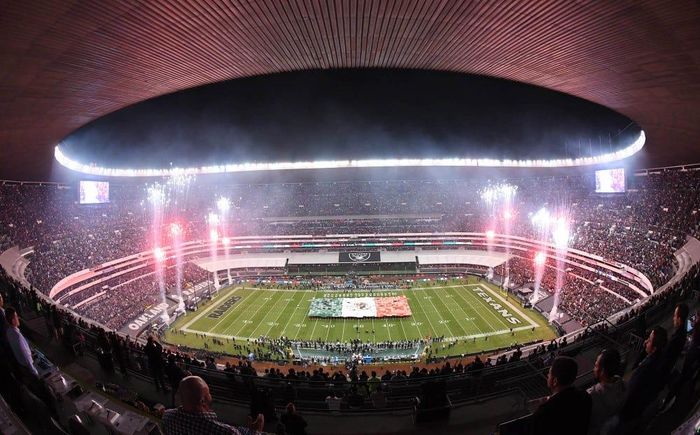 Estadio Azteca Stadium. Photo: Reuters This COVID-19 vaccine fundraiser also includes a luxury football room at the Estadio Azteca stadium in the capital. This room can accommodate 20 people, one bathroom and four parking spaces. In 1986, this is where then President Miguel de la Madrid presented the World Cup trophy to Diego Maradona. This room is valued at 1 million USD, valid until 2065. In 2019, Mexico once put up six other Guzmán homes for sale, but only three were sold for a total of $227,844. One of them is the steel-reinforced house where Guzmán took refuge after his first escape in 2001. The Mexican government once held a similar lottery in September 2020 with the top prize being the presidential jet. However, there were no buyers for this $130 million Boeing 787 Dreamliner. The luxury houses of drug lords Joaqín Guzmán is one of the most prominent drug lords in Mexico. He was extradited in 2017 and convicted by a US federal court in 2019 on 10 counts. Guzmán is serving a life sentence in a super-security prison in the US. In 2009, Forbes magazine ranked Guzmán at number 701 on its list of the world’s billionaires, with a net worth of $1 billion. In the city of Culiacan alone, Guzmán owns six houses. Most of them are real estate for the middle class and have in common that there is an underground passage under the bathtub for him to escape. 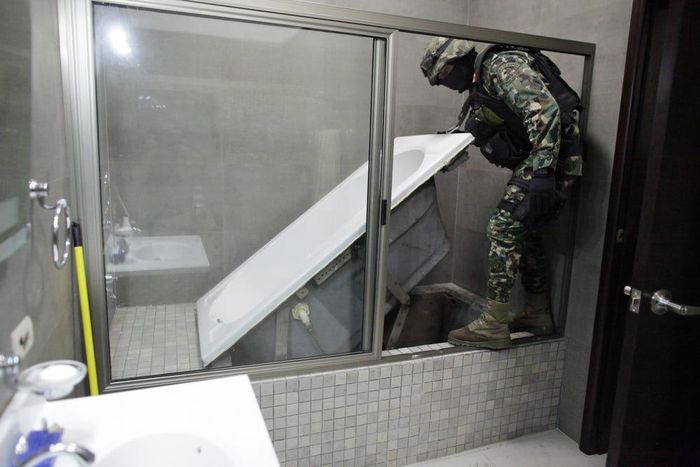 A Mexican soldier inspects the tunnel connecting Guzmán’s home bath to the city’s sewer system in Culiacan. Photo: Reuters “El Chapo” is also the owner of an apartment on the most famous beach in Sinaloa. He also built a picturesque farmhouse for his mother, Consuelo Loera, in the town of Badiraguato in the mountains of Sinaloa. This farmhouse has four bedrooms, a large kitchen and a small chapel in the back. After a revenge attack between rival gangs in 2016, Ms. Loera left this abandoned ranch. The name Carrillo Fuentes is also known as “The Lord of the Sky” because of the way he used planes to smuggle tons of drugs into the US territory. He died in 1997 while undergoing facial transformation surgery.

Many of Carrillo Fuentes’ assets suffered the same fate as Guzmán’s today. Fuentes’ more luxurious residences – including a 2,000-square-foot apartment and 6,000-acre ranch – are located in Argentina, where he lived for a year before his death. In 2018, Argentina sold three of his properties for a total of $14 million. He still has several other properties in Mexico, including an Arab-style mansion in Hermosillo and a luxury mansion in the state of Jalisco.

3 simple steps to arrange a office to help the owner...

editor - May 31, 2021 0
With these 3 simple steps, anyone can arrange their own office according to feng shui standards, helping to sublimate at work and avoid encountering...