After two postponements, the Virgin Galactic “Unity” finally successfully reached space this time.
On May 22, local time, the space travel company Virgin Galactic’s suborbital vehicle “Spacecraft II” successfully completed its first space flight mission since 2019, and completed the company’s plan to be in the next few months. The first of the 4 suborbital flights carried out.

This means that Virgin Galactic’s commercial manned program for the public has taken another step forward. The company expects to officially provide commercial space travel services in 2022. 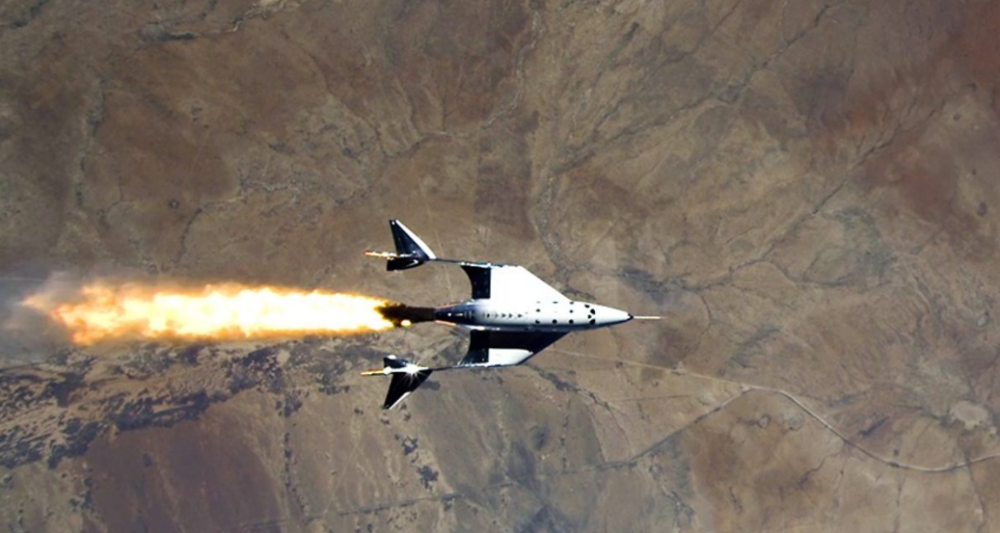 Figure | Virgin Galactic’s “Spaceship Two” “VSS Unity” (Source: Virgin Galactic) The mission was “Spaceship II” and “VSS Unity” (“Unity”), which was mounted by the “White Knight II” aircraft from New Mexico at 10:34, May 22, Eastern Time. After Spaceport America took off and separated from its mothership VMS Eve, the rocket pushed the “Unity” to continue to lift off. When the flight speed reached three times the speed of sound, the rocket would shut off its engine and the spacecraft would climb by inertia and finally reached 55.45 At an altitude of mile (about 89.2 kilometers), a backflip was completed at the edge of space. After that, the “Unity” glided through the atmosphere, returned to the ground, and landed at the departing spaceport at 11:43. The two pilots on board were Dave Mackay and CJ. CJ Sturckow, the two had previously completed space missions. The flight test was originally scheduled to take place in December last year, but the flight was forced to be suspended due to computer failure due to electromagnetic interference. The flight test was postponed to February this year, but it was postponed again due to technical reasons. After several months of rectification, after solving a hidden maintenance hazard of the “White Knight II” carrier aircraft, Blue Origin confirmed the date of the test flight on May 20 this year. Kolgrazier said that Virgin Galactic has found a good solution to suppress electromagnetic interference this time, and the company deliberately checked this before the test flight. Sir Richard Branson, the founder of Virgin Galactic, came to watch the spaceport in person. He was accompanied by former New Mexico Governor Bill Richardson and current Governor Lu Yang Gleason ( Lujan Grisham), Bill Richardson helped to establish the US spaceport. Chairman Chamath Palihapitiya did not come to the scene, but he congratulated him in a statement: “Congratulations to the entire Virgin Galactic team, they once again crossed an important milestone. After the successful completion of the flight test, Virgin Galactic’s stock price soared 22%. Figure | Richard Branson cheered and celebrated after the “Unity” was safely lifted off (Source: Twitter) Virgin Galactic CEO Michael Colglazier said: “This is a flawless flight.” “Today’s flight demonstrates the inherent elegance and safety of our space flight system, and at the same time makes the manned space flight of Virgin Galactic and New Mexico a big step forward,” he said. This is not the first time Virgin Galactic has been in space. In 2018, Unity rose to an altitude of 82.7 kilometers, marking Virgin Galactic’s first entry into space. In February 2019, “Spacecraft II” flew to space again. However, according to the Washington Post, the flight in 2019 had serious safety hazards. The wings of the space plane were disbanded during the flight, and the lives of the three crew members were threatened. Fortunately, no one was injured in the end, so this test was considered a success. As early as 2014, Virgin Galactic suffered a test flight accident. At that time, the “Spaceship Two” exploded during the process of leaving the mother ship and preparing to continue to lift off. The entire spacecraft broke in half and fell quickly and crashed into the California desert. The accident resulted in the injury of one pilot and the death of another pilot. Figure | Virgin Galactic’s “Spaceship Two” “VSS Unity” (Source: Virgin Galactic) It is also reported that Virgin Galactic is expected to obtain a license from the Federal Aviation Administration (FAA) before the end of this year to officially provide commercial passenger services in 2022. The company focused on collecting various performance and flight data during this flight, and plans to submit it to the Federal Aviation Administration. Kolgrazier said that the data collected this time “looks very critical” and said “we expect them to review the data.” “Unity” also carried three scientific research payloads sponsored by NASA in this mission. Kolgrazier revealed that these payloads have brought revenue to the company, and the specific amount will be disclosed in the second quarter earnings report. 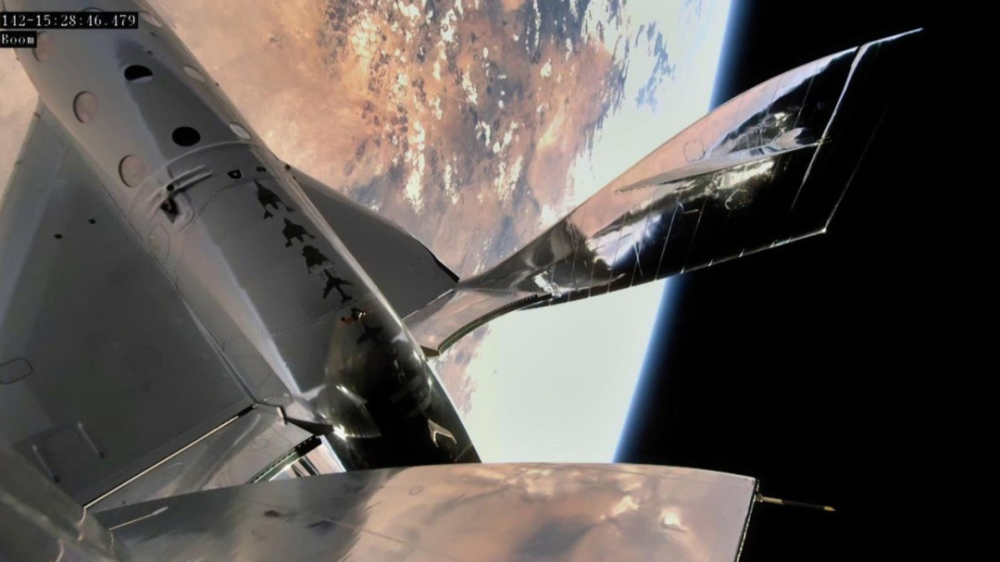 Figure | Virgin Galactic’s “Spaceship Two” “VSS Unity” (Source: Virgin Galactic) Virgin Galactic has a total of 4 space flight plans this year. Although it did not disclose the specific dates for the next three, the company said it expects to be completed before this fall. Virgin Galactic’s “Spacecraft II” can accommodate up to six passengers and two pilots. In the second flight afterwards, “Spaceship II” will also carry 4 passengers to test the spacecraft cabin and flight procedures to be followed by future customers; for the third time, the company’s founder Richard Brand Sir Mori “sent to space”; for the fourth time, it will provide a commercial flight service for the Italian Air Force, which will carry some scientific research payloads and several Italian experts. This will also be the first commercial flight of Virgin Galactic, which is expected to generate US$2 million. Revenue. The company has set a price of US$250,000 for its “ship tickets.” It is reported that Virgin Galactic has received more than 600 orders, with a total deposit of US$80 million. In addition to Virgin Galactic, Blue Origin, a rocket company founded by billionaire Jeff Bezos, is also working on the commercialization of space travel. Blue Origin is now auctioning a spaceship seat in its first manned flight on July 20 this year on its official website, and the price of the seat has been priced at 2.8 million U.S. dollars. -End- reference: https://virginorbit.com/ https://www.bbc.com/news/science-environment-57214988