Home Beauty Fashion The British royal family’s mysterious fashion moment, the most profound is the...

It is no coincidence that the whole world is turning to the events of the British Royal Family and “dissecting” the profound meaning that each character’s outfit wears. 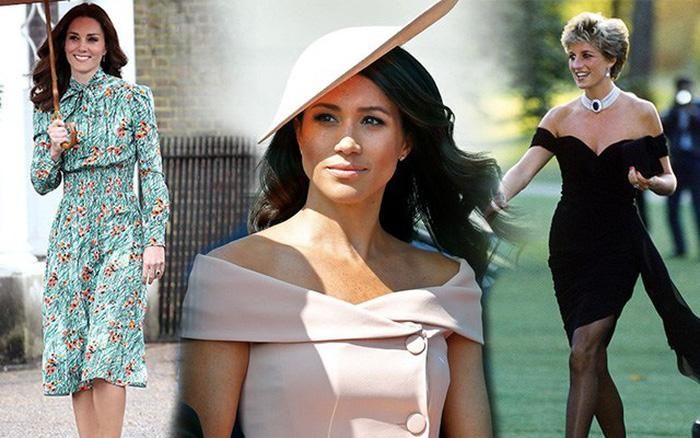 The UK is one of the rare countries with a monarchy of the United Kingdom. Monarchs are also known as “Kings” and “Queens”. The current monarch is Queen Elizabeth II, who holds the power of the United Kingdom of Great Britain and Northern Ireland and is also queen of 15 other independent countries. Let’s just say, the British Royal Family and members of the royal family have great influence.

With its own regime of government, the British Royal costume also attracts the attention of a large number of subjects around the world. Besides well-dressed icons like the late Princess Diana or Princess Kate Middleton, their royal fashion in general always makes people admire. Especially the historical moments below. Queen Elizabeth’s Hope Wedding Dress In 1947, Princess Elizabeth and Prince Philip got married. It was a difficult time after the war and Britain was in a period of recovery. So Princess Elizabeth’s wedding can’t be too lavish. But the British people sent their stamps (used to get goods and products during the subsidy period) as a wedding gift. In the end, the British royal family decided to use this goodwill to design the wedding dress. 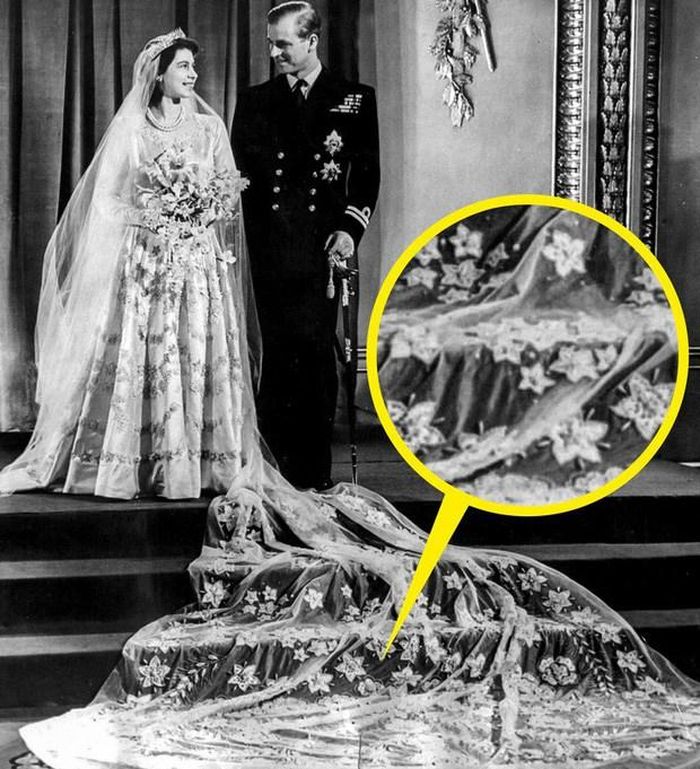 The Princess’s entire outfit is decorated with chains of snow-white flowers (symbolizing purity), jasmine (happiness and sincerity), white roses of York (innocence) and crops. to represent prosperity. Princess Kate’s floral tribute dress In 2017 on the anniversary of Princess Diana’s death, Kate Middleton visited the memorial garden in Kensington Palace. For the occasion, she opted for an elegant green Prada dress with a poppy print. Red poppies symbolize memory and hope in England. This is the Duchess’ way of showing respect for her late mother-in-law. 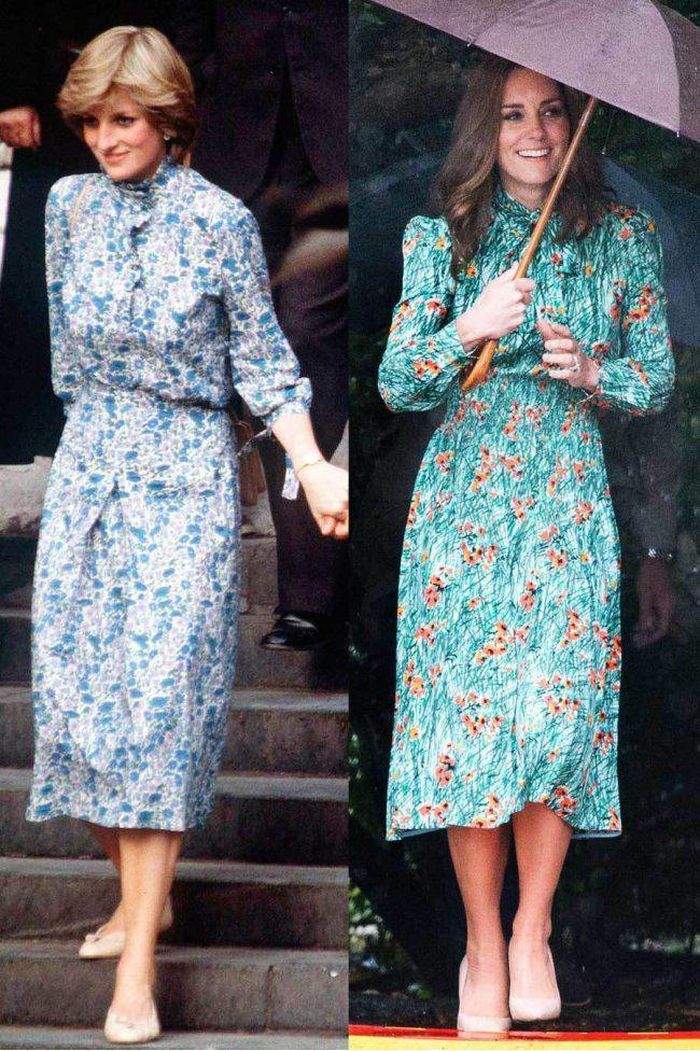 In particular, the shape of the vintage dress or the little flower pattern is also one of the favorite items of the late princess. Meghan Markle’s shocking off-the-shoulder dress Meghan Markle appeared for the first time as the British Royal Princess at the “Trooping the Colour” event. At this time, she was wearing a light pink dress of the fashion house Carolina Herrera, but not everyone complimented this outfit. Many experts on royal etiquette said: “As a Royal Princess of England, you should choose less revealing clothes in traditional events, especially when appearing for the first time as a royal princess. family”. 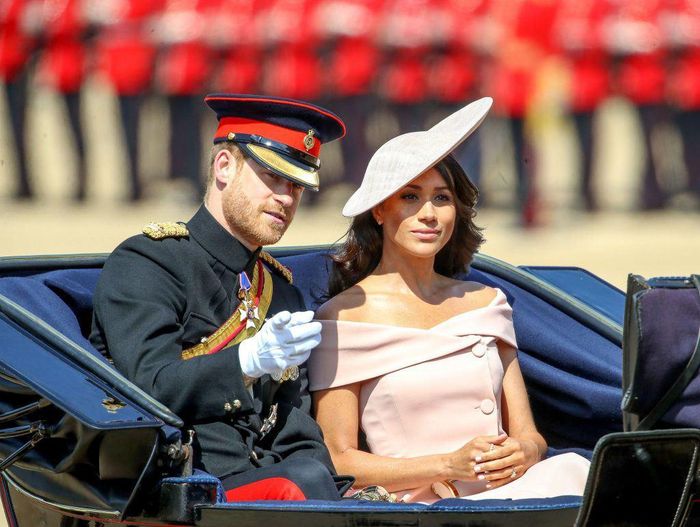 This is probably the opening outfit for the series of days of “breaking the fence” of the British Royal dress code of the former Duchess of Sussex. Wedding dress embodies the optimism of Princess Eugenie Queen Elizabeth II’s sixth granddaughter – Princess Eugenie of York – got married in October 2018. For her wedding to Jack Brooksbank, Princess Eugenie wore a gorgeous gown designed by Peter Pilotto & Christoper De Vos . She also wears the Greville Emerald Kokoshnik Tiara tiara passed down from her mother. 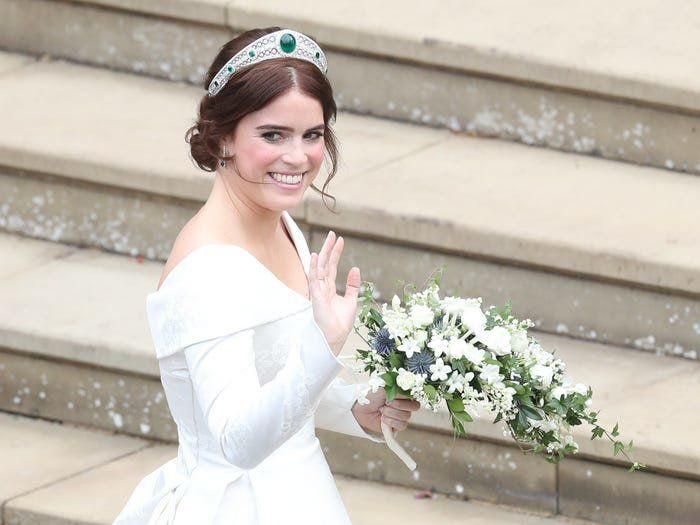 The pure and beautiful princess in the off-the-shoulder white design.

However, the special thing is that she did not wear a white chiffon like other royal members. The dress cut deep at the back, revealing the princess’s long scar, which is known to be the evidence of surgery for scoliosis since childhood. If people often try to hide their weaknesses, Princess Eugenie intentionally shows it as a meaningful message that we don’t have to be ashamed of that scar because it is a special story. The “revenge” dress of the late Princess Diana It is not the wedding dress but the one she wore right before the divorce that is the most famous item in history. Many sources believe that, in 1992, although the marriage of Prince Charles and Princess Diana broke up, they continued to fulfill their royal duties. In 1994, Charles went public with his affair with Camilla Parker-Bowles. Following this announcement, the Princess of Wales appeared to have appeared at the Vanity Fair magazine party to fully showcase her strong personality. 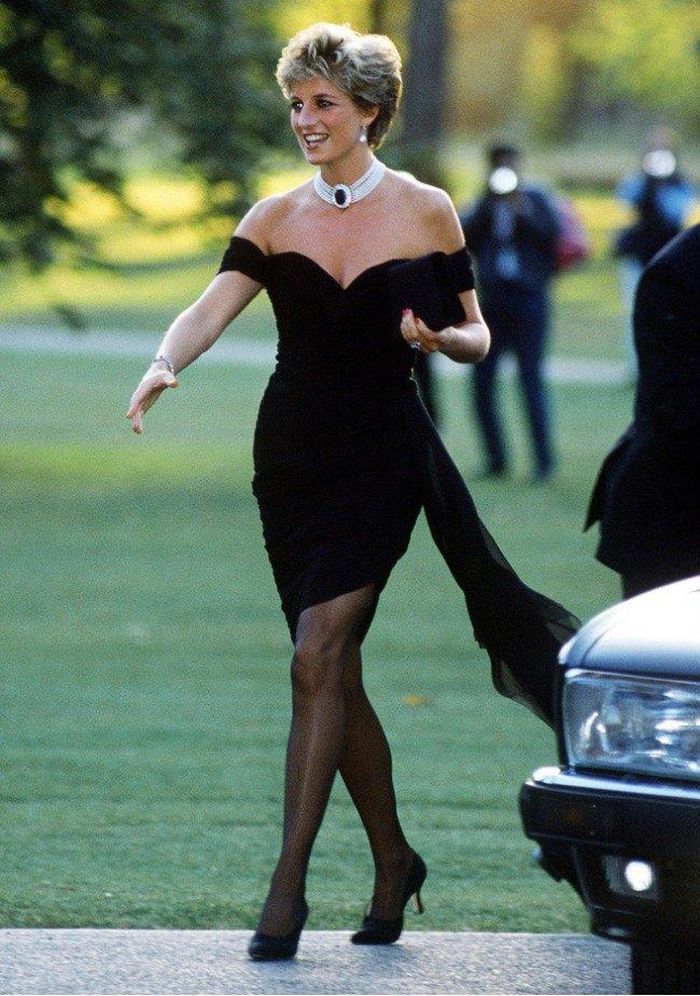 As planned, Diana was going to wear a classic, elegant Valentino dress but in the end she opted for a black mini dress, showing off her bare shoulders and neckline by Christina Stabilian from Greece. By wearing this dress, the Princess has completely violated the royal rules. Not only did she show off a lot of skin, but she also wore high heels that she never wore when walking with Prince Charles, because it would make herself taller than her husband. This incredibly brave outfit was immediately called the “revenge dress”. 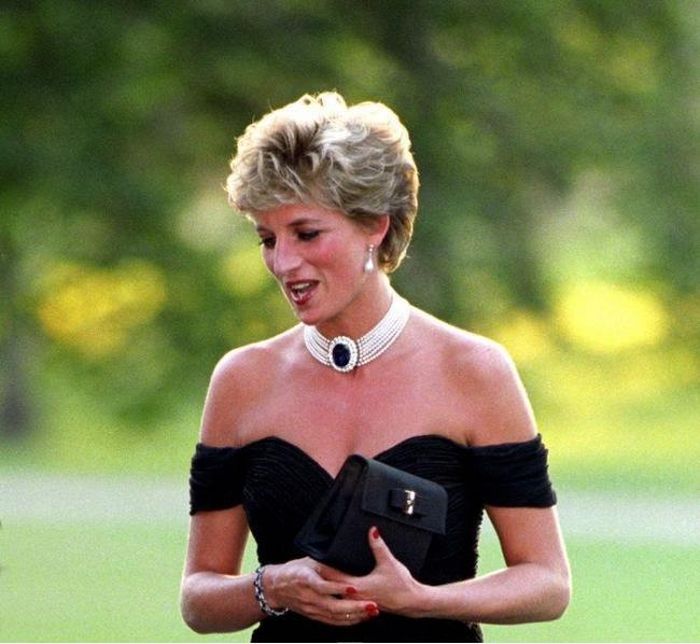 In addition, her pearl necklace with a giant blue sapphire on her neck was crafted from a brooch that Prince Charles gave Diana at her wedding. This is how the Princess shows her strong personality when dealing with the scrutiny of the media and the public.

Which short hairstyle is the fashion of Vietnamese girls?

Dĩ An - May 25, 2021 0
Properly trimmed short hair will help a woman's face look slimmer and more angular. In the summer, many girls often want to cut their...