China’s goblin ear plastic surgery is increasingly being pursued by young people to have a slimmer and younger face.
“Goblin ear” generally refers to a birth defect that results in a pointed ear shape. However, it is now the latest fad among young Chinese amid the rapidly growing plastic surgery market.

Chinese social media is now flooded with advertisements about the results of ear plastic surgery. “It’s magic! I haven’t changed anything in my face and all my friends say I look different the day I got my ear surgery done. For example, the face looks smaller and looks better. smarter.. etc..” – said a young person on the lifestyle sharing platform Xiaohongshu over the weekend. 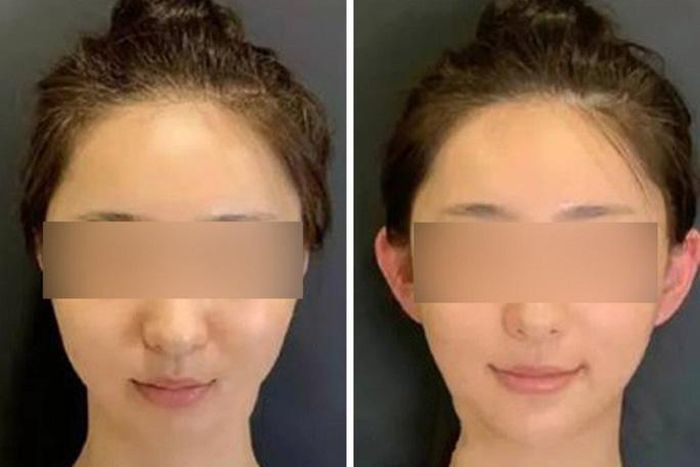 Goblin ears are currently a popular beauty trend among young Chinese. Photo: Artwork “Oh, I want it too”, “definitely worth it”, “unbelievable” – others commented. The owner of the Shanghai-based Mylike Medical Cosmetic Center, Ms. Linlin, told the newspaper South China Morning Post : “The demand is so high that customers have to line up for the surgery. It’s very safe and popular.” Yu Wenlin, a doctor specializing in ear plastic surgery at Gaoshang Medical Aesthetic Center in Guangzhou, says he sometimes performs up to six ear surgeries a day. 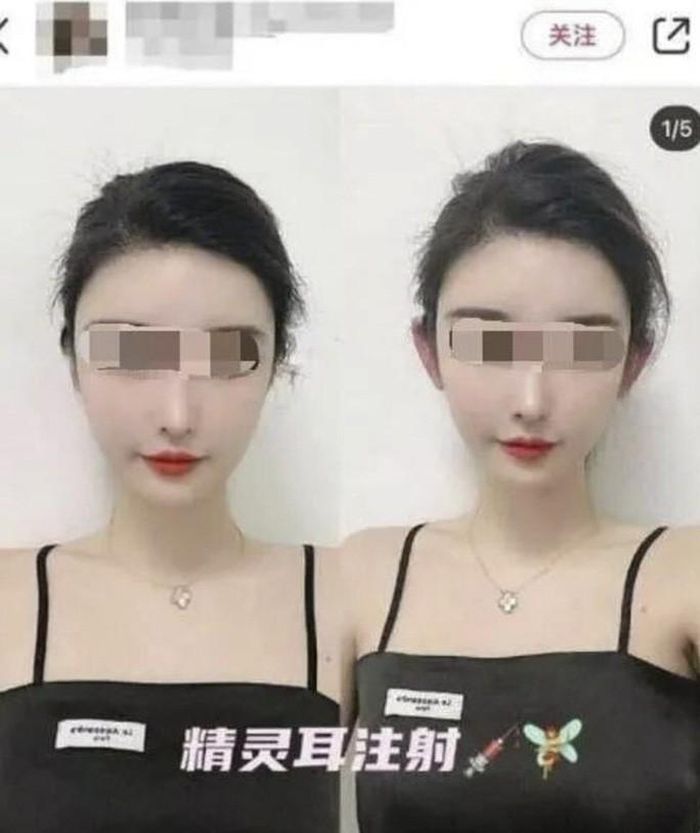 Many doctors warn that this surgical procedure carries many risks. Photo: Baidu Some people want their ears changed because they can’t be seen from the front, which makes the face appear larger, or because they can’t pull their hair back, Dr Yu added. There are two common ear surgery methods: one is inserting artificial cartilage or cartilage from other parts of the body into the area behind the ear that Dr. Yu usually does. The other way is to inject hyaluronic acid that the Mylike base provides. Wang Jiangyun, a plastic surgeon at Third People’s Hospital in Zhengzhou, in central China’s Henan province, warned that there could be a risk of scar infection and asymmetrical ear infections when Additional cartilage, allergies, blood clots and necrotic skin when using hyaluronic acid. “I dare say that after this “goblin ear” craze, there will be an army of people going to beauty salons asking to get their original ears back, just like there was a time when there was a “nose according to internet celebrity” surgery movement. “, “European double eyelids” etc. have done”, – said Dr. Jiangyun. “As time goes on, you will find that these fashions become ugly. So I advise people to think more rationally about this,” he added. Guangzhou-based surgeon Yu said the popularity of goblin ears surprised him. However, he agreed that the fever would pass quickly. So he will turn down people who ask to have parts of the cartilage cut to make the ears look exactly like the goblins in the movies, because such cases won’t be the same again. “As doctors, we have to consider aesthetic factors for patients in the long run. Many children ask for it impulsively,” he said. China’s plastic surgery market has grown from about 64.8 billion yuan ($10.1 billion) in 2015 to nearly 177 billion ($27.7 billion) in 2019, leading the growth. about plastic surgery in the world, according to a report by Deloitte Consulting in January 2021. The annual growth rate of the plastic surgery industry in China is 28.7%, much higher than the global growth rate of 8.2%.

Dĩ An - April 27, 2021 0
This show brings together 650 child models across the country, showcasing 40 collections from young designers. On the evening of April 4, the announcement...