Recently, Chinese young people, specifically the generation born after 2000, are trending towards creating goblin ears. Many young people even went online to praise the surgery that was more successful than expected to help themselves become younger and more beautiful. 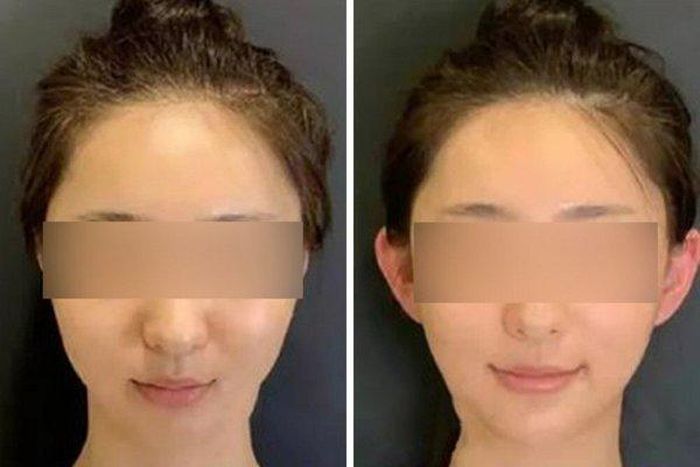 Shaping “goblin ears” is becoming a new aesthetic trend in China. (Photo: SCMP) “It is amazing. I didn’t have to change anything on my face, and my friends said I looked like a completely different person when I finished the surgery. My face looks smaller and more agile,” wrote one Chinese netizen. “I want surgery too”, “It was worth it” and “Unbelievable” were comments in favor of the “goblin ear” plastic surgery. Not only women, but even men in China are flocking to hospitals for “goblin ear” surgery. A large-scale cosmetic center in Shanghai, Mylike Medical Cosmetic, said that they have received a large number of appointments for “goblin ear” surgery. “This procedure is completely safe and common. Every day, we have a long line of customers waiting for their turn to do surgery,” sales officer Linlin of Mylike Medical Cosmetic told the South China Morning Post (SCMP). Dr. Yu Wenlin at Gaoshang Aesthetic Center in Guangzhou City, Guangdong Province, said that he performs six cosmetic ear surgeries for clients every day. “I only see young people born after 2000 as the main subjects who want to create a ‘goblin ear’ shape. Early last year, I created elf ears for a celebrity and it quickly became a trend. More and more people are coming to me for surgery,” Yu said. In this type of surgery, the doctor will create the shape by injecting or extending the earlobes so that the earlobes are clearly tilted to the sides and have a clear sharpness. According to Dr. Yu, the main wish of the client when doing “goblin ear” plastic surgery is to make the face look smaller and younger. Dr. Yu added that some people go for “goblin ear” surgery because when viewed from the front, their normal ears seem to disappear, making the overall face look bigger, or there are people because the ears are too big. so small they can’t tuck their hair behind their ears. However, Dr. Wang Jiangyun at the 3rd People’s Hospital in Zhengzhou city in Henan province warned that ear surgery could leave clients with infections, complications or even abnormal ears. symmetrical with the face. The plastic surgery market in China has grown rapidly from 64.8 billion yuan ($10.1 billion) in 2015 to nearly 177 billion yuan ($27.7 billion) in 2019. This number makes China the country with the fastest growing plastic surgery industry in the world. The annual growth rate of the cosmetic industry in China is 28.7% compared with the global average of 8.2%, according to data released by Deloitte Consulting in January.

Many Chinese girls cut nerves to have slim calves

Đinh Phạm - May 24, 2021 0
Many young people in China look to surgery to have small ears or are willing to cut off nerves to have thinner calves. ...